We are pleased to announce that the members of the European Association for Cancer Research have elected Alberto Bardelli (University of Torino/Candiolo Cancer Institute-IRCCS, Italy) as the EACR President Elect for 2016-2018. The appointment was made at the EACR General Assembly, which was held at the Association’s 24th Biennial Congress in Manchester, UK, on Sunday 10 July 2016.

Professor Bardelli is a Professor at the Department of Oncology, University of Torino, Director of the Laboratory of Molecular Oncology and deputy Director of the Candiolo Cancer Institute-IRCCS, Torino, Italy.

His work is aimed at developing precision medicines for cancer patients. As a postdoc at the Johns Hopkins University (USA), in the group led by Bert Vogelstein, he performed the first comprehensive mutational profile of kinases in colorectal cancers (CRC).

As an independent investigator he has then translated these findings into clinical practice by discovering the molecular landscape of response and resistance to EGFR and HER2 blockade in CRC. These findings have found clinical applicability and were translated in blood-based tests (liquid biopsies) that are presently used to monitor patient’s response during treatment. A future focus of his lab is to study how the emergence and evolution of drug-resistant clones can be restrained to improve the efficacy of anticancer agents, that is to develop therapies that adapt to tumor’s evolution.

In 2014 Prof. Bardelli was listed in the Thomson Reuters List of Highly Cited Researchers. He is the author of over 150 peer-reviewed manuscripts (H factor 68).

Professor Bardelli will serve on the EACR Board as President Elect during the Presidency of Anton Berns (Netherlands Cancer Institute) and will take up the role of President in July 2018 at the 25th Biennial Congress of the EACR. 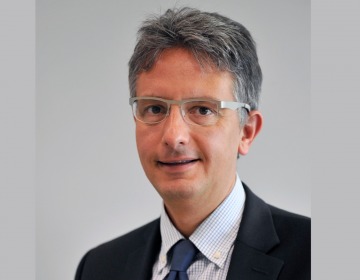 Members of the European Association for Cancer Research have elected Alberto Bardelli, University of Torino/Candiolo Cancer Institute-IRCCS, Italy, as the EACR President Elect for 2016-2018.