Menu
A community from npj Precision Oncology
News and Opinion

Certain kinds of bacteria called fusobacterium can be found in some colon tumors. These tumor associated bacteria are believed to potentially help tumors grow and spread; however, their exact role in these tumors remains unclear. A flurry of exciting new research has focused on the topic and a new study in Science now sheds more light on these intriguing organisms and provides clues about how to more effectively treat colon cancers that harbor these associated bacteria.

In an analysis of colon tumors in patients, Dr. Meyerson and his colleagues found large numbers of fusobacterium associated with many tumors.  Some of the tumors that had started in the colon had spread to the liver through a process called metastasis. Interestingly, these same bacteria were also found in the secondary liver tumors that had spread from the colon. Studying these bacteria in animal models of cancer, scientists found that the presence of fusobacterium seemed to help in both cancer growth and spread. Microscopic analysis of the tumor tissue revealed that the bacteria could stick to and invade nearby cells, thus potentially helping the cancer spread. Finally, to confirm that the bacteria were indeed helping the cancer grow, animals with bacteria-laden tumors were treated with the antibiotic metronidazole (known to kill fusobacterium efficiently), which resulted in a large decrease in tumor growth.

To read about it in the news, please click here. 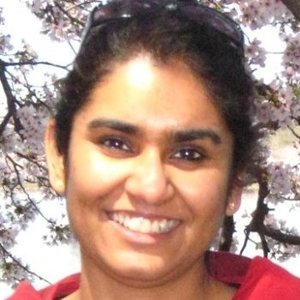 The Silver Lining of Pandemic in Biomedical Research

The Mandate of the Ordinary

Chi-Ping Day
Nature Research Cancer Community
We use cookies to help improve your experience. By continuing to browse our website you are consenting to our use of cookies.
Learn more