A community from npj Precision Oncology
News and Opinion

It’s a typical Tuesday night. You’re sitting on your couch watching TV and that commercial touting the latest and greatest new prescription drug plays for seemingly the fifth time tonight…

“Wow, why does the pharmaceutical industry invest so much money in advertising?”

Because bringing a new drug to market is a long and arduous road:

A drug with long history as a treatment for alcohol dependence was found to have anti-cancer effects. Disulfiram (commercially known as Antabuse) makes people feel sick after consuming a small amount of alcohol. An early 1970s case report detailed a breast cancer patient with tumors that had spread to her bones who became an alcoholic and ceased cancer treatment, yet received disulfiram to discourage drinking alcohol. After a fatal inebriated fall, an autopsy of the woman surprisingly showed that nearly all the cancer in her bones had disappeared.

This finding ignited excitement. Subsequent animal studies showed disulfiram killed cancer cells and slowed tumor growth. A small 1993 clinical trial reported disulfiram increased survival in women who had breast tumors removed. Despite its promise, scientists have been unable to explain how this drug inhibits cancer, which has lessened enthusiasm and ultimately prevented disulfiram from translating to use in the clinic as an anti-cancer treatment.

Recently, Dutch researchers solved the mystery by identifying the molecular target of disulfiram’s tumor-suppressing effects.  Examining a cohort of over 3000 cancer patients, they confirmed that cancer patients who continued taking disulfiram (Antabuse) showed increased survival, as compared to patients who stopped taking the drug. Cancer biologist, Dr. Jiri Bartek, and other researchers also worked out how the drug kills cancer cells. They showed that the primary metabolite of disulfiram (i.e. ditiocarb) forms a complex with copper that prevents cells from properly destroying misfolded and “waste” proteins. The resulting cellular buildup of proteins causes stress, which promotes tumor cell death.

Specifically, disulfiram inhibits protein degradation orchestrated by the p97 pathway. This is important because previous studies have demonstrated that high levels of p97 correlate with the progression and spread (metastasis) of breast, colon and prostate cancers. Thus, disulfiram may represent a promising precision oncology treatment for patients whose cancers have high levels of the p97 protein.

To view the recent original Nature paper, please use the link below:

To read more about it in the news, please refer to: 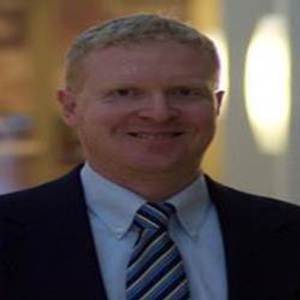