A community from npj Precision Oncology
Behind the Paper

Understanding the patient’s perspective: improving communication between the cancer patient and the oncologist

Precision oncology now encompasses precision immunotherapies, informatics, targeted therapies, and cellular engineering based on next generation sequencing and genomic profiling. Anti-cancer drugs are being rapidly developed, tested and approved by the FDA in an expedited effort to get the drugs to as many patients as possible in the shortest and safest timeframe. However, cancer is an insidious multifaceted group of diseases that are capable of adapting to harsh microenvironments and acquiring resistance to therapies. Immunotherapies have made a significant and positive impact on survival and quality of life in some patients. Even so, resistance is an issue with these therapies. Therefore, combinations of therapeutics to attack multiple cancer signaling pathways are often times more effective than a single drug treatment. This is all very promising, but what is really happening with the patient? First, even though, we, as scientists, think we are making great progress, being diagnosed with cancer is an extremely scary scenario. It’s important to think about the patient’s perspective.

The patient first undergoes first-line treatment, and the tumor marker levels and CAT scans may suggest success. However, the neuropathy caused by the treatment will impact  the patient’s quality of life forever. Three months later, blood tests  indicate a rise in tumor markers, and the doctor tells the patient, “Your cancer is back.”
Did the cancer ever really go away? Now seems to be the time to determine if the patient’s cancer has any mutations that might affect future treatment options, but why wasn’t this test conducted sooner? Perhaps the patient conducts their own research on the internet on the mutant protein found in their tumor. They find out that the mutant protein makes their cancer one of the most difficult to treat and has the poorest prognosis.

The next set of scans reveal several “hot spots”, suggesting that the cancer has spread. Second-line treatment is finally recommended but only after the tumors are larger. Infusion treatments are 48 hours long every two weeks, and adverse side effects (nausea, headaches, fatigue, hair loss) last for days after the infusions. This treatment seems to be effective at least for a little while because the tumor marker levels drop dramatically, and the next PET scan shows a partial reduction in the number and size of the tumors. Towards the end of the infusion series, blood tests show that the tumor markers start to only decrease slightly, suggesting resistance is occurring. PET scans now show new “hot spots” or sites of potential metastasis. However, the doctor recommends continuing with the same treatment because other options might have more side effects and might not be more effective than the current regimen. A randomized clinical trial in which at least one combination treatment has shown promise could be an option but this is not recommended yet.

Why does this patient have to wait so long for oncologist to become aggressive with their treatment?

A few days later, the clinical trial is recommended, but it is a randomized trial meaning that (in this case), 2 experimental arms and 1 control arm. The control arm is standard treatment identical to what is now being administered (which isn't working) with the exception of 1 new drug. Trial coordinator tells the patient–just hope you aren't randomized to the control arm. Is this ethical?

The patient then seeks a second opinion from a different major cancer center. The recommended treatment is identical to the control arm of the suggested trial but with an additional drug, which was never mentioned as an option by current physician. But the research findings show that the addition of this drug to the standard regimen has a synergistic effect and thus appears to hold great promise. The patient wants and needs to discuss this option with the physician, but physician is not available for at least 2 weeks after the screening for the trial (What?). Patient wants to know who else is available on the team to discuss this option before moving to a new cancer center for treatment. The feeling of abandonment and lack of response is frustrating and disconcerting to say the least.

Several questions that patients would like to see addressed by researchers and clinicians include:

1) Will precision oncology change the way in which cancer patients are treated?

In spite of all the advances that are rapidly being made in cancer treatment, many patients are still facing an uncertain battle for their life. Much of the uncertainly seems to revolve around a lack of clear and concise communication between the physician and his/her team and the patient.

2) How effective is the communication between the patient and physician in regard to possible precision treatment options?

My recent experience with cancer treatment for a dear friend has made me wonder just how far we have come, especially with treating some cancers. I would love to see the physician and his/her team actually lay out a clear plan of treatment options in a way that the patient can understand what can be expected. Searching for information on the internet can sometimes cause “more harmful than good”, especially if the patient doesn’t understand the medical language and only sees the bad news. Most cancer patients are terribly frightened by what is happening to them and are not scientists or clinicians. They don’t always understand the rationale for the proposed treatment regimen or lingo that is presented, e.g., On a CAT or PET scan report, what the heck is suspicious FDG activity? It sure doesn’t sound good.

3) How sick does a patient have to be before he or she can be recommended for precision treatment? Why do physicians wait until the patient has no other options? Why not begin precise-targeted treatment sooner?

One thing we have learned is that not all cancer caregivers are created equal– They each have their own approach, which can be very frustrating. In my experience, most cancer patients (that I know) appear to have a greater sense of urgency and some physician(s) seem to try very hard to be as detached as possible by providing little real information. Is that the best approach?

5) Which is worse? The chemotherapy or the asymptomatic cancer?
The side effects of cancer treatment can be horribly debilitating and life-altering. Many times, the only adverse symptoms have been due to the treatment regimen, which many times is only partially effective or ineffective in reducing the cancer. I think everyone understands that many cancers, if left untreated, could result in imminent death. The question might be, if in the end the result is the same, how important is the quality of life to reach the same end point?

Truly, emerging clinical cancer treatments have begun to combine different and varied targeted therapies and pairing the therapies with traditional therapies like chemotherapy and radiation to address the many faces of cancer. The question is whether these treatments are getting into most cancer clinics. One has to hope that physicians, especially those physicians who have been treating cancer patients for many years are keeping up with all of the latest advances, including progress in precision therapies. 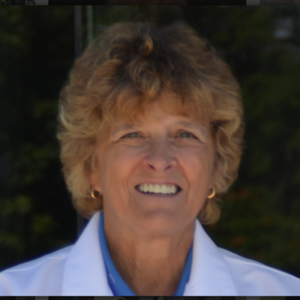