There's an elephant in the room - Why are these animals resistant to cancer?

Less than 5% of elephants die from cancer. Why?

Although the average lifespan of an elephant is about 60 years, many live quite a bit longer. Some have been documented to live over 80 years! Despite their large size, which requires trillions of more cells than humans, and their age, elephants rarely get cancer.

Some researchers are turning to this pachyderm and other organisms to uncover evolution's secret cancer fighting strategies. A study published in Cell Reports found that a gene found in elephants (LIF6) is upregulated in response to DNA damage through the p53 pathway. This signaling cascade induces apoptosis. Their findings suggest that this mechanism might underlie the elephant's resistance to cancer.

These findings were featured in this CNN news article: https://www.cnn.com/2018/08/14/health/elephant-cancer-zombie-genetics-study/index.html

Patients who receive alternative medicine are more likely to refuse conventional cancer treatment and have a higher risk of death.

Back to Editor
Next 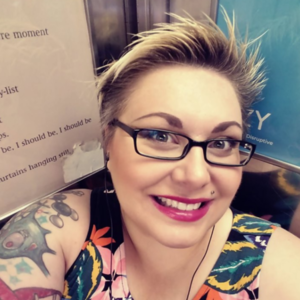 I'm an interdisciplinary neuroscientist with a research background in peripheral sensory/pain research, retinoblastoma, retinal development, and stem cell research. As a Consulting Editor for Communications Biology, I primarily handle their neuroscience-relevant content. I also attend conferences and meetings to develop a relationship with our readers, authors, and editors. If you see me at a conference, feel free to introduce yourself.
Follow

Good KarMMA for CAR T cells in myeloma
Editor
From the editors, News and Opinion

The Silver Lining of Pandemic in Biomedical Research