To wait for resistance to drugs to develop in patients and then identify why it happened, will lead to a deadly lag in the design of salvage therapies or indeed preventative treatment approaches.

My first words of advice when conducting a CRISPR screen would be to never underestimate the time and effort this will take! This project all began with a PhD student in my lab, Liam Lee, back in 2014 who had the idea to employ CRISPR gRNA libraries to screen for bypass track drug resistance mechanisms in neuroblastoma. Specifically, resistance mechanisms to ALK tyrosine kinase inhibitors (TKIs) in Anaplastic Lymphoma Kinase (ALK)-positive malignancies, the focus of research in my lab.  Liam came to the lab with experience of using siRNA screens and wanted to try this 'new CRISPR technique'. At first I was concerned that for a PhD project, this would be a lot of work, but Liam lived up to his reputation, started the screen, moved his bed into the lab and took over the tissue culture facility!!

I have no regrets in allowing this exploration as it has spawned a number of research projects in the lab. This heroic effort by Liam (requiring considerable work to optimise the screen) led to the identification of a number of bypass resistance mechanisms that were then validated in the lab by Ricky Trigg, a postdoc funded by Children with Cancer UK with assistance from Nina Prokoph, an EU Marie Curie Early Stage Researcher (ESR) of the ALKATRAS programme (http://alkatras.erialcl.net). In particular, Ricky focussed on PIM1 as its high expression is associated with a poor outcome in neuroblastoma patients suggesting it might also be a therapeutic target not restricted to ALK TKI refractory/resistant ALK-positive neuroblastoma. However, PIM1 inhibition alone did not result in a significant reduction in tumour growth in vivo employing patient derived xenografts (kindly provided by Patrick Reynolds at the Children's Oncology Group Childhood Cancer Repository (https://www.cccells.org/xenografts.php). However, when combined with ALK inhibitors, synergistic effects were noted regardless of the MYCN status of the tumours. We therefore hypothesise that combined inhibition of ALK and PIM1 is a viable therapeutic strategy that might prevent resistant to ALK TKIs from developing in the first place. Whether PIM1 up-regulation will constitute a bone fide resistance mechanism to ALK inhibition in patients treated with ALK inhibitors, will not become apparent until clinical trials have run their course and perhaps some years further on from this. Unlike other aberrant ALK-expressing malignancies such as NSCLC in adults, there are (fortunately) far fewer paediatric ALK-positive cancer patients in which to trial ALK TKIs perhaps leading to a deadly lag in the identification of expected resistance mechanisms and the design of salvage therapies. We hope that our CRISPR screen will at a minimum, provide information on the bypass resistance mechanisms to be expected in this patient population. We also show in our paper that PIM1 is a potential bypass resistance mechanism to ALK TKIs in ALK-expressing Anaplastic Large Cell Lymphoma, another largely paediatric malignancy suggesting our data have broader implications. 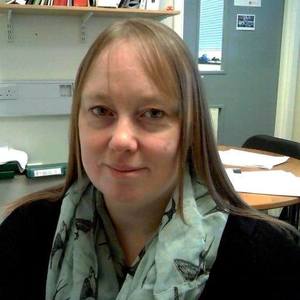