Leukemia management is challenged by the painful and invasive procedure of bone marrow (BM) biopsy. Here, we described a system for the simultaneous detection and enrichment of blast cells with a microfluidic blast cell biochip (BCB) system.

Blasts are immature white blood cells that are typically present in blood and bone marrow (BM) at low proportions (less than 5%). In the management of leukemia (a type of blood cancer), early detection and intervention is the key to promote therapeutic success. The standard of assessment is BM biopsy, a procedure which is undesirable for several reasons: 1. high costs, 2. complexity of the surgical procedure, 3. discomfort from the invasive procedure, and 4. increased risk of mortality. Due to these factors, monitoring gene changes or blast cell levels from BM biopsies is a tedious process as these procedures must be carried out on a routine basis. In cases whereby such procedures cannot be done (e.g., the patient is too weak for surgery), the lack of conclusive screens may affect the monitoring of disease and treatment outcome. Clinicians are keen to introduce rapid, less invasive, and efficient screens for leukemia by employing the use of microfluidic-based assays, which is operated with minimal reagents and samples. Currently, there is no standard approach to detect the presence of blast cells, which reflect relapse risk. Therefore, this project aimed to utilise the blast cell biochip (BCB) to extract these blast cells without the need for genomic assays, based on differential cell size and stiffness of the blast cells as compared to other blood components.  The question we were trying to answer was: how do we allow the detection of low blast cell counts and facilitate detection of minimal residual disease, a condition of which blast cell counts remained at relatively low levels (1 cancer cell in 10 000 or 100 000 leukocytes)?

I dropped by Prof Chng's office at the National University Cancer Institute three and a half years ago with this question in mind, and he was highly enthusiastic about it as well. We tried to approach this problem using a microfluidic device for particle sorting based on inertial focusing based principles, a technique which we have previously used for sorting circulating tumor cells from the peripheral blood of patients with solid tumors. With the original design, the device worked well but had a few limitations. Firstly, the blast cell population were of a similar size range to other leukocytes, and target cells could not be efficiently enriched with a two-outlet device. Second, the output volume was high, and the sample isolated was diluted in buffer. We knew we had to come up with a better way. Working with the Singapore-MIT Alliance for Research and Technology (SMART) Centre and National University of Singapore (NUS), we fabricated new devices to enhance separation of target cells for this application. The procedure was validated using actual blast cells from patients with various types of leukemia. Outcomes were compared to current evaluation standards, such as flow cytometry, using BM biopsy. Blast cell detection efficiency was higher in 55.6% of the patients using the BCB as compared to flow cytometry, despite the lower concentrations of blast cells in liquid (blood) biopsy. We were ready to improve the target cell (output) concentration.

After discussions with our helpful friends at MIT, we were able to further incorporate the setup into a continuous flow system under a feedback loop for the concentration of target cells from high initial sample volumes. The feedback loop to the sample source allowed the continuous removal of smaller particles, which cannot form a focused stream within the microchannel, as well as fluid output through waste disposal. This step is especially beneficial for samples comprising target cells with a similar cell size range as compared to the background cells, preventing absolute purification with a single run. Overall, single runs with the BCB were sufficient to concentrate blast cells from patient samples of >10% target cell concentration. The ability to detect low blast cell counts rapidly opens up new possibilities for leukemia detection. The BCB can also be coupled with existing techniques such as deep sequencing to achieve new thresholds of blast cell detection for early-stage disease, MRD, or relapse.

We’re excited about this work because we think we have opened up new possibilities for techniques that could fully replace BM biopsy in the future. The motivation to work with liquid biopsies instead of BM biopsy is to allow convenient detection of blast cells without incurring BM aspiration. Liquid biopsy sampling allows broader applicability to cases where the patient cannot handle routine (every few weeks) BM screens. In all, 13.3% (n = 15) of patients had no corresponding data from BM analyses due to similar reasons.

Will the sensitivity of our system allow clinicians to revisit the current thresholds of blast cells in the blood and promote early detection of leukemia for prompt intervention?  We certainly think so, but much more work remains to be done for the eventual realisation of this aim. In conclusion, our results demonstrate the ability to detect leukemia with non-invasive and inexpensive techniques provides a powerful tool for clinicians to monitor residual disease and to enable early detection. The simplicity of system setup allows potential multiplexing, promoting the concentration of large sample volumes, such as blood, urine, or diluted biological samples. 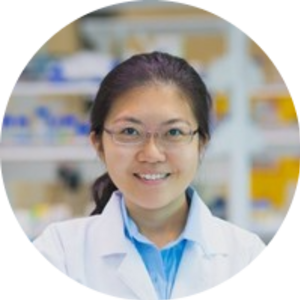