Tumor suppressor genes and tumor promoter genes play decisive roles in either preventing or promoting the initiation of human carcinogenesis and tumorigenesis. The role of TP73 is ambiguous in this field.

TP73 (aka Tumor Protein 73), is a member of the TP53 family of proteins. But its exact role in tumorigenesis has remained elusive and controversial even though like its cousin TP53, it participates in the apoptotic response to DNA damage. In our latest publication, we attempted to shed some light on the expression of this gene and its potential role in tumorigenesis in the GI tract. My first research venture into cancer biology commenced at Stanford University School of Medicine while I was an NIH postdoctoral fellow in the laboratory of Dr. Esther Chang who was among the first to identify that a heterozygous point mutation in the TP53 gene was the principal genetic defect in the Li-Fraumeni Syndrome (LFS), a condition inherited in autosomal dominant manner that predisposes family members to multiple primary cancers before the age of 40. Since then TP53, an established tumor suppressor, was found to be mutated in almost half of all human cancers irrespective of the primary cite in the body. In contrast, TP73 appears not to be frequently mutated in human cancers.

Angiogenesis is a requirement for solid tumor growth. So, when Dr, Chang's lab moved to Georgetown University Lombardi Cancer Center in the late 1990"s, we conducted a seminal experiment to confirm that inhibition of neovascularization would be one mechanism by which restoration of wild-type (wtP53) function may lead to tumor regression. Here the adenoviral vector-mediated TP53 transduction resulted in growth inhibition of squamous cell carcinoma of the head and neck tumor cells both in vitro and in a xenograft mouse model. This growth inhibition was associated with the down-regulation of the expression of basic fibroblast growth factor binding protein (bFGF-BP), a secreted protein required for the activation of angiogenic factor basic FGF. These findings suggest that wTP53-induced tumor regression is due, at least in part, to antiangiogenesis mediated by the downmodulation of fibroblast growth factor binding protein (1). TP53 is a transcription factor whose DNA binding region contained a point mutation in codon 245 in LFS.

When I became an independent investigator in the Department of Biochemistry, Cell & Molecular Biology at Georgetown University School of Medicine and received a Career Development grant (K01) from NCI, I embarked on the study of the normal skin fibroblasts (NSFs) of LFS family members of three generations using established primary cell lines from NCI. The focal point of my study was two LFS sister siblings who had breast cancer. One cell line (NSF2852) represented the individual with a bilateral breast cancer but a wild type homozygous TP53 genotype: whereas the other sibling (NSF3335) had a heterozygous TP53 mutation and a unilateral breast cancer. Since TP53 mutation was the hallmark of this family that is predisposed to a preponderance of cancers, I was curious to know why a "normal" TP53 would not play a significant role in tumor suppression in NSF2852. I considered a chromosomal aberration as a feasible cause and so I performed a karyotype analysis of these two cell lines with emphasis on the metaphase of the cell cycle. The metaphase is the third phase of mitosis that separates duplicated genetic material carried in the nucleus of a parent cell into two identical daughter cells. A metaphase analysis revealed a balanced reciprocal chromosomal translocation t(11;15)(q23;q15) in a TP53+/+ Breast Cancer LFS patient (NSF2852) (2).

When Dr. Zhixing Yao, my Senior Research Associate and the coauthor of our latest paper, and I moved from Georgetown to Howard University College of Medicine in early 2012, we set out to investigate the breakpoint region of the translocation, which uncovered a gene that encodes a Notch ligand, DLL4, (locus at 15q15.1), a key target in tumor vasculature. We analyzed DLL4 gene expression and protein level in LFS non-cancerous skin fibroblast cell lines and non-LFS cancer cell lines. We found that DLL4 is abrogated in all the LFS cells and drastically down-regulated in breast and brain cancer cells and tumor tissue samples. However, DNA methylation studies revealed that DLL4 promoter is silenced only in breast cancer but not in LFS normal skin fibroblast cell lines. Upon further investigation of the regulation of DLL4 gene expression by ChIP assays, we could demonstrate that TP53 binds to DLL4 promoter through its association with CTCF, a chromosomal networking protein CCCTC binding factor implying a possible karyotype-phenotype correlation with respect to DLL4 in LFS and breast cancer initiation and progression. The drastic reduction or absence in the expression of DLL4 in LFS as well as in breast and brain cancer cells is significant and supports the concept that this ligand may also play a role in cancer immune-surveillance; and its resuscitation in the tumor microenvironment may stimulate T-cell immunity and suppress tumor growth (3).

In the meantime, our curiosity about the role of, p63 and TP73, two new members of the TP53 family of proteins, in carcinogenesis and tumorigenesis was heightened. Unlike the established role of TP53 as a tumor suppressor protein, TP73's role has been a bit murky and controversial. Some studies point to its function as a tumor promoter whereas others show it suppresses tumor initiation and development.

Therefore, I set the tone for p73 (aka TP73) as the principal target of our research focus. My PhD graduate student at the time, Grace Mavodza (another coauthor in this Scientific Reports article), was charged with identifying the consensus sequences that are commonly shared among TP53, TP63 and TP73 proteins and defining the role of TP73 in tumorigenesis principally in breast cancer. Meanwhile, Yao was studying TP73"s expression in primary hepatocytes as well as in hepatocellular carcinomas (HCCs) from different racial lineages. The striking finding and the main reason for our publication was that TP73 was exclusively expressed in primary liver cancer cells and not in normal liver cells that were derived from healthy young or old donors (4). This new knowledge prompted us to broaden our scope of TP73 expression in other cancer types of the GI tract including gastric and colorectal cancer cell lines. Again, TP73 was consistently expressed in only cancer cell lines and not in normal cell lines including NSFs from the LFS family members.

Immunohistochemical analysis of tumor sites adjacent to "normal" tissues from each HCC patient confirmed that TP73 is only expressed in tumor cells or tissues. Like our earlier findings in the epigenetic modification of DLL4 promoter sites, we set out to determine if the exclusive expression of TP73 in cancer cell lines was due to DNA methylation at the promoter region of TP73 in cancer cells. This was confirmed by ChiP assays. The next burning question was: What is the mechanism of this epigenetic modification at the promoter site and what role does TP53 play, if any, in this regulatory role that drives the expression of TP73 in tumorigenesis? One thing that is certain is the growing evidence that suggests that aberrant DNA methylation of CpG islands around promoter regions may render the same effect as coding region mutations, leading to the inactivation of tumor suppressor genes. The follow-up question then would be: Does the DNA methylation also convert TP73 into a tumor promoter?

Our findings suggest that relationship between TP53 and TP73 also involves the CTCF protein. This shows that CTCF regulates human TP73 gene expression through direct interaction with its homologue protein, TP53. In this scenario, the TP73 expression is blocked in the absence of DNA methylation. However, the modification of the TP73 promoter site by DNA methylation initiates the recruitment of CTCF and the co-activator, TP53, which leads to transcription of the TP73 gene as shown in Figure 1 below. We currently do not know whether the promoter region of TP73 is frequently methylated in human HCC, and the expression of TP73 is principally regulated by promoter region methylation. Furthermore, we need to explore if methylation precedes not only the expression of TP73 but also the development of HCC or other types of cancers in the GI tract. If so, methylation of the TP73 promoter may serve as a diagnostic and prognostic marker in HCC. 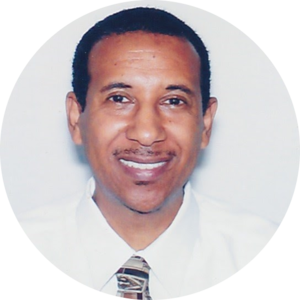