The most exciting part of science is that each story builds off one another, and that the problems are solved through efforts put forth by a community.

A series of elegant experiments in the 1940’s (Medawar, 1948) established the idea that the central nervous system (CNS) is an immune-privileged organ. It was revealed using a rabbit skin graft model that primary grafts in the CNS are not rejected, unlike its counterparts that are transplanted in the periphery. This idea propagated throughout the years, especially because of unique anatomical features present in the brain, including the presence of the blood brain barrier (BBB) and the lack of lymphatic vasculature infiltrating the tissue parenchyma. It was thought that the traditional dogma of lymphatic drainage from an inflamed site into the draining lymph nodes may be lacking in the CNS, until the characterization of the meningeal lymphatics in 2015 (Aspelund et al, 2015; Louveau et al, 2015).

When these papers came out, I was in a biomedical engineering lab developing nanoparticles to better target brain tumor cells. The meningeal lymphatic story was one of the first Nature article I ever read, after seeing a headline about a “missing link between the brain and immune system”. But at the moment, all I thought about was how immune cells in the brain, microglia, were engulfing the precious drug loaded nanoparticles.

I was fortunate to meet Dr. Akiko Iwasaki the spring before I began my MD PhD training, and immediately knew that her lab was a place where I could learn how to approach questions on brain tumor immunity. Akiko had recently published on understanding how antibodies access neuronal tissues during CNS infections (Iijima et al, 2016), and was full of ideas and excitement on how we could dissect the immune responses against brain tumors. I was phenotyping different immune cells infiltrating brain tumors and discussing with Akiko on strategies to approach the problem when we got in contact with Dr. Jean-Leon Thomas. Jean-Leon was interested in investigating immune responses in the brain after manipulation of the meningeal lymphatics and provided us with the tools and analysis methods to perform our key experiments.

Akiko and Jean-Leon immediately recommended the brain tumor model, and to our surprise, none of the mice we initially injected with the VEGF-C overexpression vector grew a tumor. We repeated this experiment along with T cell depletion studies, and then re-challenged the surviving mice to confirm that this was an immunological response that invokes T cell memory. Such a clear survival difference was unexpected; I still remember the excitement from Akiko and other lab members when we were first looking at the data on a picture taken on my phone.

Shortly after these initial observations, we adopted experiments performed in the original 2015 papers and confirmed the importance of the meningeal lymphatic/deep cervical lymph node circuit while taking advantage of expertise in our lab in systemically dissecting out the requirement of different immune compartments in eliciting such a response. To better understand the biology behind how lymphatics may mediate glioblastoma rejection, we also began reading about the role of lymphatics in other cancers. For this, work in melanoma-intrinsic VEGF-C production and lymphangiogenesis promoting T cell infiltration and potentiating immunotherapy was critical in guiding the therapeutic aspects of our project (Frankhauser and Broggi et al, 2017). Along with this knowledge and previous work on how irradiation of brain tumors (which is predicted to release more antigens) can potentiate anti-PD-1 therapy (Zeng et al, 2014), we hypothesized that our method of increasing antigen drainage through lymphatic vasculature proliferation can potentiate anti-PD-1 therapy against brain tumors. When we saw the synergistic effects between VEGF-C and anti-PD-1, it felt like we solved at least one mystery of why brain tumors may be immunologically silent— T cell priming is greatly limited in brain tumors.

We decided to test our hypothesis, that the CNS tumor immunesurveillance was a problem of priming by using experiments adopted from a study that demonstrates why melanoma brain metastases may respond better to checkpoint inhibitor therapy than with primary brain tumors (Taggart et al, 2018). Interestingly, this is similar to observations made by Sir Medawar in his initial experiments; when rabbits received a graft both in the skin and the brain, he saw immune infiltrates and rejection in the brain, and came to the conclusion that although the brain was not able to induce an immune response, immune responses can occur in the CNS if it begins in the periphery.

When we presented our work at GRC Neuroimmune 2019, we received questions and suggestions from people in the field of neuroimmunology that helped me refine my thinking, and the encouragement they provided gave me a sense of belonging to a supportive scientific community.

During the process of writing, one of the key struggles I had was reconciling our findings regarding antigen drainage in brain tumors with Dr. Zsuzsanna Fabry’s findings in how immune privilege of the CNS is not a consequence of limited antigen sampling (Harris et al, 2014). At the conference, she spent time helping me think through processes occurring in the presence of brain tumors that might make drainage of brain tumor antigens unique compared to homeostatic antigen drainage. Towards the end of our revision process, I finally got a partial answer to this question, when it was described that lymphatic outflow of CSF is reduced in the presence of gliomas (Ma et al, 2019).

Going to the conference was hugely beneficial for me. We were able to compile general concepts from questions that we received regarding our work, which helped set us up for a successful revision. In addition, the reviewers honed down on key questions that guided us toward experiments that strengthened our findings. The review process was not easy, but through this process, we further developed additional ideas and experiments that we are currently investigating.

This project was a dream come true. Not only did we investigate and discover a key limiting factor in mounting an immune response against brain tumors, but also came up with solutions that may be clinically implemented in the future. As with all great experiences, it’s the people that were involved, directly and indirectly that made this one so amazing:

I look forward to continuing work in defining the rules of immune activation and access in the central nervous system and being a contributing member of a community that supports each other in pushing the field of neuroimmunology forward. 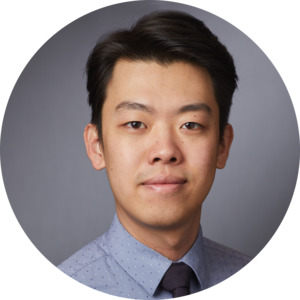