Most challenging issue in managing prostate cancer is the intra- and inter-tumor heterogeneity, both at the pathological as well as molecular levels. One such molecular subtype, characterized by elevated levels of SPINK1, represents the second largest and aggressive prostate cancer subclass.
Bushra Ateeq
Associate Professor, Indian Institute of Technology Kanpur
Follow
Like Liked by Bushra Ateeq and 1 other
0

SPINK1 upregulation is found in ~10–25% of prostate cancers. Here, they show that whilst SPINK1 is transcriptionally repressed by androgen receptor and its co-repressor REST, it is upregulated after androgen-deprivation therapy, which leads to neuroendocrine differentiation of prostate cancer cells.

Previous studies show higher expression of SPINK1 in ~10–15% of the total prostate cancer cases in Caucasian [1] as well as Indian cohorts [2], while, the occurrence of SPINK1 expression is higher (~24%) among African-American men with prostate cancer [3], indicative of a racial disparity. The thought that triggered this study was why majority of the prostate cancer with SPINK1 higher expression tend to be aggressive, and patients harboring SPINK1-positive tumors show poor survival and shorter biochemical recurrence. Although, SPINK1 is a prognostic marker for several cancer types including prostate, the underlying mechanism of SPINK1 upregulation and its functional significance wasn’t explored so far. Prostate cancer is considered as a hormone-dependent malignancy, wherein cancer cells express the androgen receptor (AR) and is dependent on the AR-signaling for its survival. Hence, primary treatment for the advanced or aggressive prostate cancer is to chemically or surgically ablate androgen signalling, a procedure known as Androgen Deprivation Therapy (ADT). Bearing this in mind, our first step was to examine whether SPINK1 is positively regulated by androgen signaling.  To our surprise, stimulation of prostate cancer cells with synthetic androgen R1881 resulted in its repression instead of an increase in the SPINK1 levels, as was the case with androgen driven genes, such as PSA or TMPRSS2-ERG fusion transcript. Subsequently, following a series of investigations we confirmed that the repressive AR-REST complex occupies the SPINK1 promoter and transcriptionally repress SPINK1. Therefore, contrary to common assumption, we displayed that upregulation of SPINK1 in prostate cancers was owing to the loss of AR-mediated repression. We also reached out to our collaborator, Dr. Nallasivam Palanisamy at Henry Ford Cancer Institute, who performed immunostaining for AR and SPINK1 on the prostate cancer specimens from patients, which revealed an inverse association between SPINK1 expression and AR signaling, thus reaffirming that SPINK1 is an androgen repressed gene. Vera Rubin quite rightly said: “Science progresses best when observations force us to alter our preconceptions”.

Using multiple strategies, we demonstrated that AR, the master player of androgen signaling along with REST, known as RE1-silencing transcription factor repress SPINK1 transcriptionally. In agreement to negative regulation of SPINK1 by AR, we demonstrated that long-term blockade of androgen signaling in SPINK1-negative prostate cancer cells, causes it to transdifferentiate into neuroendocrine-like phenotype, which was manifested by increased levels of SPINK1 and neuroendocrine markers, accompanied with reduced AR and REST levels. Next, we explored the role of SPINK1 in regulating properties like stemness, cell plasticity and drug-resistance in aggressive prostate cancer cells. At this point, we were perplexed that if AR is functioning as a repressor of SPINK1, then how SPINK1 is upregulated in androgen-deprived conditions, such as higher SPINK1 levels in transdifferentiated neuroendocrine-like prostate cancer cells. Finally, we discovered that SOX2, a lineage reprogramming transcription factor, positively modulate the SPINK1 expression in under long-term blockade of androgen signaling, as seen in LNCaP cells.

We also collaborated with Prof. Matti Poutanen from University of Turku, Finland, who is an expert in androgen biosynthesis and metabolism in prostate cancer. In collaboration with Prof. Poutanen, we showed upregulation of SPINK1 and neuroendocrine markers in the orthotopic VCaP xenografts in immunodeficient mice treated with AR antagonists, namely, Enzalutamide or Apalutamide (ARN-509).

Also, I had an opportunity to discuss this project with Prof. Noel Buckley, a Neurobiologist at the University of Oxford at one of the Annual Wellcome Trust/DBT India Alliance meetings. Prof. Buckley has extensive knowledge in REST and neural signaling, his group discovered critical role of REST in the embryonic neurogenesis and maintaining adult neuronal phenotype. His insightful suggestions were helpful in streamlining the REST and Casein Kinase 1 angle in this story. It was exciting to see that the Casein Kinase 1 inhibitor restores REST levels in the prostate cancer cells and cause downregulation of SPINK1, leading to reduced stemness and cellular plasticity. Previously, it has been shown that targeting Casein Kinase 1ε may be an effective therapeutic strategy for treatment of lymphomas. Currently, there are some clinical trials going on using Umbralisib, a Casein Kinase 1ε inhibitor for Non-Hodgkin's Lymphoma and Chronic Lymphocytic Leukemia. Although, therapies targeting Androgen signaling are well-established and highly effective treatment for prostate cancer patients, but resistance ultimately ensues. Hence, we believe that it will be worth performing a well-planned clinical trials of Casein Kinase 1 inhibitor in SPINK1-positive prostate cancer as well as neuroendocrine prostate cancer patients.

Link to the paper: https://rdcu.be/b0Jvp 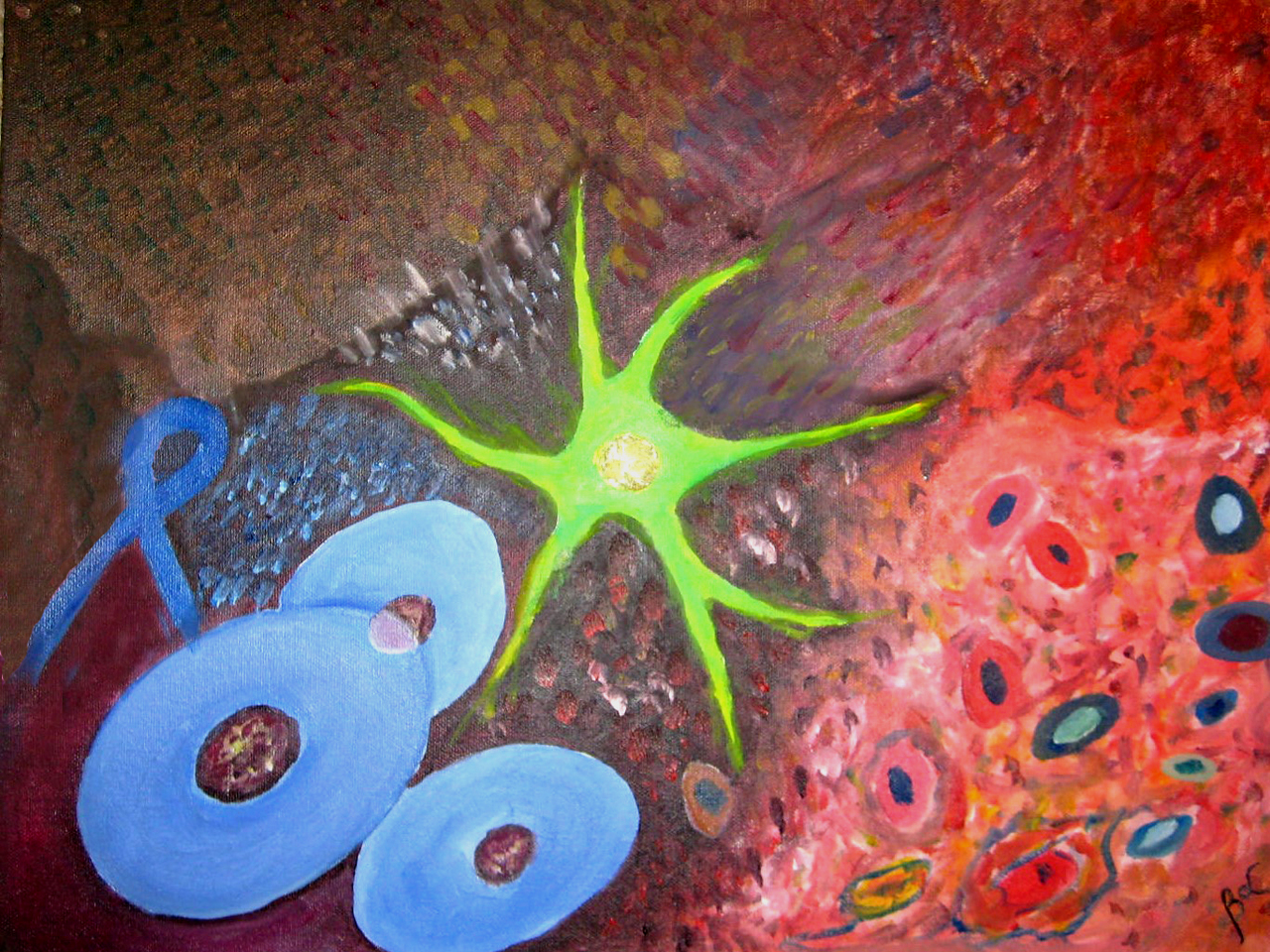 Most challenging issue in managing prostate cancer is the intra- and inter-tumor heterogeneity, both at the pathological as well as molecular levels. One such molecular subtype, characterized by elevated levels of SPINK1, represents the second largest and aggressive prostate cancer subclass.