We use single-cell transcriptomic profiling of small cell lung cancer xenograft tumors to characterize the dynamic intratumoral heterogeneity associated with the onset of treatment resistance.

Small cell lung cancer (SCLC) is a high-grade neuroendocrine malignancy that is the most aggressive form of lung cancer. SCLC patients respond well to frontline platinum chemotherapy plus immunotherapy, but rapidly and inevitably develop irrevocable resistance to these and virtually all other therapies. Investigations into the molecular nature of this resistance have been hindered by the impracticality and absence of clinical indication for routine tissue sampling. However, due to the aggressiveness of SCLC, patients tend to have high numbers of circulating tumor cells (CTCs) that can be used as a surrogate for studying primary disease. Our lab and a handful of others have exploited these CTCs to develop xenograft models directly from SCLC patient liquid biopsies that mirror patient disease and treatment response.

Initially utilizing four of these xenograft models – two from treatment-naïve patients and two from treatment-refractory patients (Figure 1, top), we performed single-cell RNAseq specifically on tumor cells to investigate the intratumoral landscape of platinum resistance. We considered two hypotheses: (1) intratumoral heterogeneity (ITH) may be abundant prior to treatment before the selection and expansion of one (or a few) homogeneous, pan-resistant tumor cell populations and (2) a transcriptionally homogeneous, treatment-sensitive tumor population may evolve into diverse populations whose protection from subsequent treatment may result from the diversity itself.  Supporting the latter hypothesis, we observed dramatic increases in transcriptional heterogeneity in xenograft tumors derived from treatment-refractory patients relative to treatment-naïve. Over time, as we added additional models, the pattern remained consistent.

We next performed longitudinal single-cell RNAseq analyses of xenograft models and patient CTCs over the course of therapy (Figure 1, bottom) and confirmed that the increased number of distinct cancer cell populations within tumors was a direct result of treatment resistance. The transcriptional diversity of untreated versus relapsed tumor cells following platinum treatment can be visualized in Figure 2 and is not limited to platinum exposure, but also occurs with targeted therapies such as PARP inhibitors. We further found the emergence of new cell populations, expression of drug targets in only a subset of cells, and concurrent expression of genes associated with multiple resistance mechanisms between unique cell populations. In other words, treatment-naive tumor cells are the mischievous, but manageable, mogwai that, when exposed to treatment (or a forbidden post-midnight snack), spawn an array of destructive gremlins – an altogether more menacing predicament.

Thus, initially there is little cell-to-cell transcriptional variety within a single SCLC tumor and, accordingly, the majority of these cells generally respond well to frontline chemotherapy. However, the cells that persist are capable of evolving into transcriptionally diverse populations that are highly dissimilar from one another, allowing for only modest responses to single-agent treatments (Figure 3, top). We propose that rational approaches to SCLC should focus on early use of combinatorial treatments, including conventional chemotherapies, targeted therapies, and immune-based therapies, as a strategy to effectively target multiple populations of cells concurrently (Figure 3, bottom). 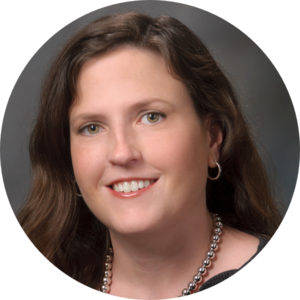