Based on a genome-wide transcriptome and translatome study we identified the estrogen and FOXM1 signaling pathways amongst the top ten altered pathways in eIF4E overexpressing breast cancer cells, that conferred tamoxifen resistance.

Translation is the last process in the flow of genetic information, and its precise control provides an immediate and rapid response to cope with physiological changes. Aberrant function of components of the translation machinery underlies a variety of human diseases (Sonenberg N et al). Precise regulation of protein translation is important for the activity of oncogenes and tumour suppressor genes that contribute to oncogenesis (Ruggero D) and the development of drug resistance (Zindy et al). In eukaryotes, translation initiation is the most regulated step, with eukaryotic translation initiation factor 4E (eIF4E), the least abundant of the initiation factors, being rate-limiting and most important in regulating protein synthesis (Duncan et al).

The basic flow of genetic information in biological systems is accepted as central dogma that information encoded in DNA flows into RNA via transcription and ultimately to proteins via translation. Most efforts to undercover mechanisms involved in the development of drug resistance have largely focused at genetic and epigenetic levels, rather than at translatome level.

We observed that eIF4E was over-expressed in tamoxifen resistant breast cancer cell lines and in patient cancer tissue microarray and hypothesized that eIF4E may be an important factor in determining tamoxifen resistance in breast cancer. Using an eIF4E overexpressing model system on tamoxifen sensitive cell lines, we performed genome-wide transcriptome and translatome analysis to identify specific translational reprogramming pathways that may target anti-estrogen and estrogen receptor activities. The estrogen pathway and FOXM1 signaling pathways were consistently identified amongst the top ten altered signaling pathways in eIF4E overexpressing cells.

Polysome fractionation experiments confirmed that eIF4E overexpression enhanced the translation of both ERα and FOXM1 that was independent of the phosphorylation status of eIF4E. Interestingly and unexpectedly however, it also resulted in enhanced transcription of FOXM1. The enhanced expression of FOXM1 mRNA was not due to stabilization of transcripts, but was contingent upon the presence of ERα, which is known to regulate FOXM1 transcription. It was this enhanced FOXM1 that conferred tamoxifen resistance.

The differences between these two studies highlight several important considerations. The modulation by RUNX2 identified by knockdown approach study was eIF4E phosphorylation dependent, whilst the tamoxifen resistance conferred by overexpressing eIF4E in tamoxifen sensitive cells in our study was eIF4E phosphorylation independent. In other words, eIF4E phosphorylation dependent compared with eIF4E independent pathways should involve distinctive mRNA targets, which result in alteration of different cellular pathways to drive the development of Tamoxifen resistance. Which of these are more important remain to be studied. Furthermore, there are obviously more mRNA targets that remain to be identified.

Our findings are exciting as it highlights the previously unappreciated role and molecular mechanisms of eIF4E-induced tamoxifen resistance and suggests the possibility of targeting eIF4E for reversal of the resistance. Certain questions remain to be addressed. For example, what are the factors that govern the specificity of eIF4E towards different mRNA? In addition to phosphorylation, will other posttranslational modifications on eIF4E affect its mRNA interacting capacity and specificity? To dissect further the role of eIF4E in the development of tamoxifen resistance in breast cancer, answering these issues are unavoidable.

[1] Postodoctoral Fellow, Department of Pathology, The University of Hong Kong 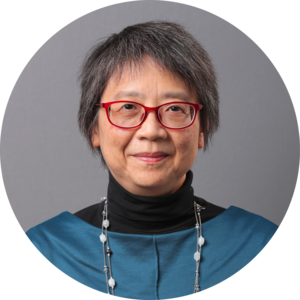