We present posttranscriptional mechanism of the replication stress response by which an RNA binding protein tristetraprolin modulates ATR-CHK1 pathway via controlling of mRNA stability of Claspin, a crucial mediator for ATR-CHK1 activation.

Many genes associated with the initiation and development of tumors are regulated at the level of mRNA stability. Tristetraprolin (TTP, encoded by the ZFP36 gene) belongs to RNA binding protein family that can physically interact with a cis-acting adenosine-and-uridine–rich element (ARE) within the 3′-untranslated region (3′UTR) of its target mRNA. TTP then normally promotes the decay of these mRNAs by recruiting exosome complex for rapid shortening of the poly(A) tail but to fewer occasions, it may also increase the stability and translation of target mRNAs. As a member of the family of immediate-early response genes, TTP is induced by various stimuli such as insulin, serum, or a mitogen in quiescent fibroblasts. Recent studies also indicate that TTP is rapidly induced in response to a DNA damaging agent doxorubicin in a p53-dependent manner. As a research group interested in the regulatory mechanism of DNA damage response, these reports prompted us to explore the unprecedented roles of TTP during the DNA damage response. In this study, however, we were not aimed to uncover the mechanistic aspects of TTP gene induction by DNA damage, instead, we focused to unveil a novel function of TTP during replication stress response (RSR). Replication stress triggers the activation of a signaling cascade mediated primarily by the ATR-CHK1 pathway that promotes resolution of the stress and resumption of replication fork progression, collectively known as the S phase checkpoint.

To summarize our results in brief (Figure 1), TTP expression was rapidly induced in the presence of replication stress, and then TTP was interacted with ARE in the 3’ UTR of the Claspin mRNA to be stabilized, which resulted in the stable production and accumulation of Claspin protein, a key mediator for ATR–CHK1 interaction and activation. Claspin helps to recruit unphosphorylated and inactive CHK1 into proximity with ATR. Once bound to Claspin, CHK1 is phosphorylated and activated by ATR and then released from chromatin to alleviate the stress. Likewise, the degradation of Claspin plays a key part in CHK1 deactivation and checkpoint termination. Therefore, the Claspin level during the RSR should be tightly regulated and is key for the initiation and duration of the RSR. Our finding on the regulation of Claspin mRNA stability by TTP is somewhat unique because the TTP association typically induces rapid degradation of its target mRNA. The molecular mechanisms underlying TTP gene induction by DNA damage and molecular interactions by TTP-mediated Claspin mRNA stabilization would be interesting and challenging future studies.

As a potential tumor suppressor, TTP is often downregulated in various types of human cancers. Low TTP expression also correlates with poor prognosis of cancers. This clinical evidence has shed light on possible new modalities for cancer prevention and treatment through the restoration of TTP expression. Indeed, a recent study revealed that Myc-driven lymphomagenesis can be prevented by the forced expression of TTP. In the present study, however, we demonstrated that suppression of TTP expression during replication stress can sensitize human lung cancer A549 cells to death. Given the mechanism of action, a compound inhibiting expression or activity of TTP is expected to be synergized with compounds that induce replication stress. A monotherapy using TTP inhibitors or combination therapy with TTP inhibitors and traditional DNA-damaging chemotherapeutics in RSR-proficient cancer will be useful clinical strategies. 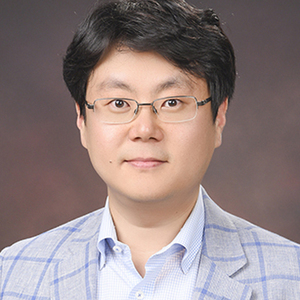