The study of a novel candidate oncogene-C1orf35 in multiple myeloma

C1orf35 is a gene first cloned and identified in our laboratory, but little is known about its function. We confirmed it a candidate oncogene in the current study, and explored how it promote tumorigenesis.

Multiple myeloma (MM) is clinically and biologically heterogenous disease that account for approximately 10% of all hematologic malignancies. The pathogenesis of myeloma is complicated, activation of oncogene and silence of tumor suppressors are often observed in myeloma.

The story of C1orf35 (Chromosome 1 open reading frame 35) began in 1999, where we funded a grant from the Natural Science Foundation of China that year to support the project. The technique of expression cloning was used to search for unknown candidate oncogenes. We constructed a cDNA library of human multiple myeloma cell line ARH77 to search for tumor associated genes from human MM. All clones in cDNA library were transferred in situ to nylon membrane, which was divided into eight equal parts and cultured in LB medium to set up gene pools, and this procedure was repeated several times. After several cycles of selection, a clone with significant transforming ability was obtained. This was a heavy workload back then. We named this gene “human Multiple Myeloma Tumor Associated Gene 2 “(MMTAG2), and submitted the gene sequence to Genbank (Accsssion: AY137773). This work was mostly done by Dr. Jing-Yan Tian et al and the first paper about this gene was published in Chinese (with English abstract). Soon we were told we could not be supposed to name of the gene as the function we proposed, but to name it officially as where it locates (C1orf35).

The studies of C1orf35 halted at one time and restarted around 2010, and more hard-working and talented fellows, such as Dr. Sai-Qun Luo, and Dr. Jingping Hu et al joined the project. We did a lot of work to explore how C1orf35, as a new candidate oncogene promote tumorigenesis, and finally we found that it can activate c-MYC transcription by binding to NHE III1 in the c-MYC promoter.

The current paradigm is just a beginning of the study involved in a novel candidate oncogene. We can expect more studies of C1orf35 to be conducted in other solid tumors, or other diseases related to deregulated c-MYC activities. 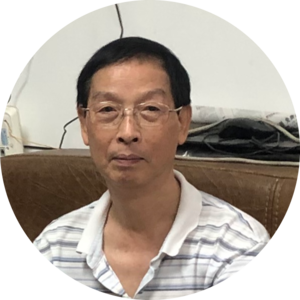