STAT3, lncRNA BlackMamba and HELLS: an example of non canonical cooperation in the biology of ALK-ALCL

Can long non coding RNAs (lncRNAs) be useful to discover/identify new insights into the biology of lymphomas?

This question has driven our project aiming to discover new lncRNAs and to characterize the tumorigenic role of a newly identified lncRNA, BlackMamba, in ALK- Anaplastic Large Lymphoma (ALCL).

ALK- ALCL is an aggressive T-cell lymphoma often displaying a complex karyotype and relatively poor outcome1. The great attention of research toward this disease is justified by the lack of definitive molecular fingerprints and drivers leading to ALK-ALCL transformation and maintenance. Recurrent translocations/defects and activating mutations of JAK/STAT3 have been identified in subset of ALK-ALCL2. The deregulated activation of STAT3 could represent a viable target for new therapies. Nevertheless our limited knowledge has critically impaired, so far, the delivery of effective therapies and the development of tailored immune-based protocols.

When I joined the group of Dr. Inghirami (Weill Cornell Medicine, NY) in 2015, I started to analyze the oncogenic contribution of STAT3 in ALCL aiming to understand if, behind the canonical gene regulation, STAT3 could modulate the expression of lncRNAs.

Surprisingly, we found one lncRNA, that we named BlackMamba, strictly regulated via STAT3.

As better described in the paper, using multiple techniques, we demonstrated that BlackMamba is a novel chromatin-enriched lncRNA transcriptionally regulated by STAT3 and that its loss leads to cell growth, clonogenicity inhibition, polynucleation and cytoskeleton rearrangement defects.

The link between STAT3 and cell architecture has been limitedly investigated in tumors3. For the first time, our findings identified a downstream target and a more complex mechanism to analyze.

Next, we asked if and how BlackMamba could regulate transcription. By combing RNA-sequencing and transcriptional-factors correlation analysis in patients, we discovered and validated the DNA helicase HELLS as BlackMamba downstream target.

HELLS is a lymphoid specific helicase overexpressed in several tumors. In addition to its established role as DNA helicase, recent findings support a pivotal role as co-trascriptional factor4.

According with these studies and in collaboration with Dr.Ciarrocchi’s group (Azienda USL di Reggio Emilia, Italy) we were able to show that HELLS mimics the function of BlackMamba and regulates gene expression.

But the most innovative and surprising discovery was that BlackMamba controls the recruitment of HELLS on chromatin sites coordinating ALK- ALCL transcriptional program. This finding reveals an untapped role of lncRNAs and further highlights how HELLS is at the crossroad between DNA replication and transcription.

The discovery that the STAT3-BlackMamba-HELLS axis can be a vulnerability of ALK-ALCL nicely promotes the design of target therapeutic strategies to pharmacologically ablate/inhibit the expression of STAT3. Further, this encourages novel discovery programs for the selection of compounds which could abrogate STAT3-downstream effector elements like HELLS.

Lastly, since HELLS is expressed in many tumors and plays a relevant role in DNA repair and genomic stability of human cancers, its pharmacological inhibition represents a new and exciting avenue for the implementation of effective therapeutic strategies in different types of human cancers. 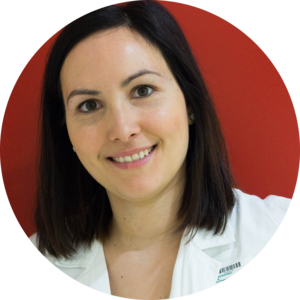