The NF-κB pathway plays critical roles in the development of mature B-cells subsets including follicular, marginal zone and B1 B-cells (1). Aberrant activation of this pathway is a hallmark of most B-cell malignancies. It may result from interactions with tumor microenvironment component or as a result of somatic mutations affecting NF-κB transcription factors or upstream signaling components (2, 3). NFKBIE gene, which encodes IκBε, an inhibitor of NF-κB inducible activity, is inactivated by a recurrent 4-bp truncating mutation in addition to rare point mutations in 5-10% of chronic lymphocytic leukemia (CLL) (3, 4) and several B cell lymphoma subtypes, including primary mediastinal B-cell lymphoma. The NFKBIE mutations are enriched among advanced stage CLL and associated with poor prognosis, suggesting that they might be involved in disease progression (4). In addition, single nucleotide polymorphisms in NFKBIE gene are associated with human autoimmune and infectious diseases in which B-cells are key players. Starting from these observations, we hypothesized that NFKBIE could play a role in normal and malignant B-cell differentiation.

We also investigated the adaptive immune response of Nfkbie-KO mice and observed an increased number of germinal center B-cells upon immunization, due to the hyperproliferation of these cells (Figure1). Germinal center B-cells are considered to be the normal cellular counterpart of many B-cell lymphomas in particular DLBCL in which NFKBIE gene is mutated in about 5% of cases.

Nfkbie inactivation also impacts the generation of the innate immunity B-cell, called B1 cells (Figure1). Nfkbie-KO mice exhibit increased number of these cells in several organs including blood, spleen, lymph nodes and peritoneal cavity. Nfkbie-deficient B1 cells show higher proliferation in response to pathogen-derived-antigen in particular ligand of toll-like receptor (TLR), for example, lipopolysaccharide (LPS). We showed that increased response in Nfkbie-deficient B1 cells is mediated by an elevated activation of NF-κB pathway in comparison to wild type B1 cells.

With age, Nfkbie-KO mice excessively accumulate B1 cells with B-cell receptor oligoclonality that express the CD5 marker in blood and several organs (Figure1), a situation resembling a human lymphoproliferative B-cell disorder known as monoclonal B cell lymphocytosis (MBL).  MBL is thought to be a premalignant step of CLL development.

Together, our study supports an important role for NFKBIE in finely tuning B-cell development and function. Its inactivation in mice predisposes to MBL and CLL, and upon association with other oncogene, promotes B-cell malignancies development.

Link to the paper: https://rdcu.be/b2VG4 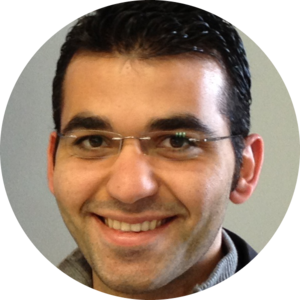