Many clinical variables influence the behavior of medications in patients, some environmental and some genetic in nature (Figure 1). Our research focuses on discovering variables with significant influence on antileukemic agents in children with acute lymphoblastic leukemia (ALL), a common disseminated malignancy  that can only be cured with effective systemic chemotherapy. Cure rates in children with ALL have improved from ~20% in the 1960s to ~90% today, yet more children die of ALL than any other cancer, and the cure rate in adults is much lower (~70%).

The major cause of ALL treatment failure is drug resistance, and genetics can have predominant effects on this phenotype. Our recent work has focused on discovery of somatic variants that cause leukemia cells to be resistant to chemotherapy. We initially used a candidate gene strategy2 looking for variants in genes thought to alter the pharmacology of antileukemic agents.  But our first genomewide study  of gene expression in ALL cells3 revealed that >90% of genes associated with resistance to prednisolone, vincristine, asparaginase or daunorubicin had not been previously linked to drug resistance in any human tumor, highlighting the limitations of candidate gene strategies.

As genomic technology advanced, we expanded our scope to interrogate genomic and epigenetic differences in primary leukemia cells that are resistant to chemotherapy4. In the current study, we report the integrated analyses of six types of genome variants (mRNA and miRNA expression, SNPs, copy number variants [CNV], DNA methylation, and coding variants from whole exome sequencing) and their role in resistance to glucocorticoids, an essential component of contemporary treatment of ALL.

In collaboration with our biostatistics colleagues, we developed a novel, gene-centric method, TAP (Truncated Aggregation of P-values), that integrates multiple types of genomic variation to assess the overall significance of each gene’s association with drug resistance. This identified 118 genes that were significant by both the integrative polygenomic analyses and the TAP statistic.

Genomewide CRISPR-knockout screening in a human ALL cell line served as an orthogonal method to identify and prioritize glucocorticoid resistance genes  revealing 15 genes that were significant by all three methods (i.e., polygenomic analysis, TAP and CRISPR). Interestingly, only one of these 15 genes had been previously linked to glucocorticoid resistance (NLRP3)4. Had we interrogated only mRNAs we would have found only 53% of these genes, CpG-methylation alone revealed only 33%, whereas interrogating mRNA, miRNA, CpG-me, SNV and SNP identified all 15 genes.

To assess the robustness of our approach, we determined the extent to which we had “rediscovered” known glucocorticoid resistance genes in ALL. This revealed that we had directly rediscover 30 of 38 known genes (79%). When we assessed whether we had found other genes in the same pathway, our approach identified 100% of the 38 pathways.

To elucidate the mechanism by which low CELSR2 expression confers resistance, we identified differentially expressed genes in CELSR2-knockdown ALL cells compared to controls. We observed marked down-regulation of the glucocorticoid receptor (NR3C1) sufficient to alter transcriptional response to glucocorticoids. After glucocorticoid treatment (24H), the expression of the antiapoptotic protein BCL2 was significantly up-regulated in CELSR2-knockdown cells, suggesting the potential mitigation of this mechanism of glucocorticoid resistance via the co-administration of venetoclax, a BCL2 inhibitor. Indeed, venetoclax was highly synergistic with glucocorticoids in ALL cells with low CELSR2 expression, and this drug combination was more effective in treating NSG mice with ALL expressing low levels of CELSR2.

We found low CELSR2 expression in approximately 50% of glucocorticoid-resistant ALL in both children and adults. Since ex vivo resistance to glucocorticoids has been linked to inferior event free survival in childhood ALL5 and was associated with the persistence of residual leukemia cells (MRD) after remission induction therapy in our patients, these findings point to the potential utility of combining venetoclax with contemporary remission induction therapy to mitigate glucocorticoid resistance and improve the efficacy of ALL chemotherapy in this subset of patients. In summary, our study illustrates the power of a broad genomewide strategy of interrogating multiple forms of genome variation in cancer cells to discover new mechanisms of drug resistance and therapeutic options to mitigate, an approach that should have utility in many types of human cancer. 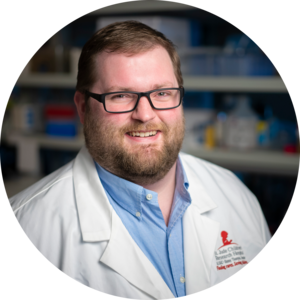