Active Autophagy May Be Good for Survivals of Cancer Patients

Mutants in LRPPRC gene was found to be associated with French Canadian Type Leigh syndrome. Here we used a mouse model to confirm that LRPPRC acted through P62 and HDAC6 to activate autophagy and through Yap and P27 to maintain genome stability so that hepatocellular carcinoma was suppressed.

LRPPRC gene was identified by chance in 1994 during an effort to discover novel fibroblast growth factor receptors. I formally named it and discovered its several interactive proteins such as MAP1S and RASSF1A in 2002, which served as the base of my research career. In 2003, several mutations in LRPPRC gene was found to be associated with French Canadian Type Leigh syndrome, a human disorder characterized with neurodegeneration and cytochrome c oxidase deficiency, thereafter, LRPPRC was reported to play a nuclear acid-related function although it was found to be a mitochondrion-associated protein. Because I was attracted by the more interesting protein MAP1S and RASSF1A, we reported LRPPRC negatively regulates autophagy flue in cultured cells and accumulates in prostate cancer tissues and predicts a poor prognosis for patients with prostate cancer until 10 years later.

In our current study, we generated a liver-specific knockout mouse model and used a chemical to induce hepatocellular carcinogenesis. In contrast with our previous reports in prostate system, LRPPRC functions as a positive regulator of autophagy and is deficient in tumor tissues in the liver system. Although LRPPRC plays opposite roles in autophagy regulation in different systems, active autophagy in general is actually not good for cancer development. Such a conclusion is consistent with our studies on MAP1S and RASSF1A although others reported that active autophagy may help the survival of cancer cells and be good for cancer development.

Based on logic, we believe that enhancing autophagy is good for cancer patients. Autophagy defects lead to an enhancement of oxidative stress.  On the one hand, reactive oxygen species will induce genome instability and tumorigenesis. On the other hand, oxidative stress will induce pyroptotic cell death in tumor tissues leading to release of signals to promote the mortality of host structural, hematopoietic and immune-competent cells and reduce patient’s survival time. Therefore, increasing autophagy flux will prevent cancer development and improve survivals of cancer patients.

In addition to the different roles of LRPPRC in different organs, our paper has shown several interesting points which may appear not fit well with opinions in literatures but closer to facts. 1) LRPPRC depletion caused changes in the levels of several key proteins involved in Hippo pathway but not the downstream effectors of such pathway. 2) The LRPPRC deletion-triggered elevation of YAP levels and further increase in levels of P27 did not cause an activation of autophagy as expected. 3) As a cell cycle inhibitor blocking the exit of G1 phase, P27 elevation is supposed to cause more cells to be diploid but not polyploid. 4) The LRPPRC depletion-triggered autophagy impairment did not cause an accumulation as expected but a reduction in P62 levels. 5) LRPPRC deletion-triggered P62 reduction led to a reduction in microtubular acetylation and an impairment of autophagosome-lysosome fusion and autophagy maturation but not an impairment of autophagosome formation as expected for a substrate receptor. 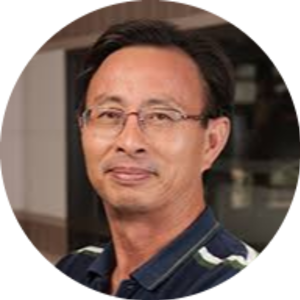