A tumor's loss (of heterozygosity) is our gain

During disease progression, tumors frequently loose genomic information through an event called loss of heterozygosity (LOH). Consequently, gene copies that are present in the individual’s normal cells are lost in their tumor counterpart. Deletion of chromosomal regions is not restricted to the areas where key tumor suppressor genes reside, but extends to “bystander” genes situated in close proximity. This study explores whether tumor genomic losses of bystander genes, specifically enzymes with polymorphisms affecting catalytically important residues, could be a new avenue for developing targeted therapies in the treatment of cancer.

To identify potential targets arising from LOH events in cancer cells, we first applied a bioinformatic approach to identify ‘heterozygous’ genes (genes with two different alleles) in normal cells and that are located in chromosomal regions frequently lost in cancer. By analysing the genomes of over a thousand individuals from different ethnical backgrounds, we observed that 36% of the world population is born with two genetically distinct copies of the gene NAT2, and that this region in chromosome 8 undergoes LOH in over 20% of colorectal tumors. The protein encoded by this gene is the N-acetyltransferase 2, an enzyme expressed in the liver and gastrointestinal tract that is responsible for the processing of xenobiotics through acetylation. But, how do we exploit these genetic differences for therapy?

Imagine a colorectal cancer (CRC) patient initially heterozygous for NAT2 (see figure), encoding one functional rapid acetylator variant and one deficient slow acetylator variant. During disease progression, tumor cells undergo LOH and lose the functional NAT2 variant, while normal cells still retain both gene alleles and enzymatic activity. Treatment of this patient with a compound that is toxic to the cell unless it is acetylated by NAT2 would result in selective killing of tumor cells. To test this hypothesis, we engineered CRC cell lines to express either rapid or slow acetylator NAT2 variants and conducted a drug screen where we assessed the ability of ~200 compounds to selectively kill cells with deficient enzymatic activity. This drug discovery effort resulted in the identification of APA, a small molecule able to selectively kill tumor cells with slow NAT2 activity. We were able to confirm the anti-tumor properties of this compound in animal models and explanted cells from human primary colorectal tumors, demonstrating for the first time that LOH events in cancer can be exploited for therapy and effectively targeted with a drug.

The work in this study demonstrated that bystander mutations occurring in drug-metabolic genes can indeed modulate tumor response, and that cytotoxic compounds taking advantage of the LOH in cancer cells can exist as a targeted therapy. Given the incidence of CRC worldwide, over 50,000 patients could benefit from LOH-based targeting of NAT2 every year. This estimate is particularly relevant as it targets a population of patients that might not currently benefit from any other treatment option. The new cancer vulnerability identified in this work will hopefully pave the way to turn tumor losses into our gain for the development of targeted therapy approaches. 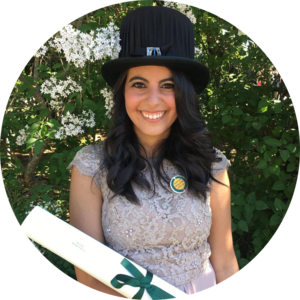