The story behind this paper is a tale of surprises, unexpected results, and lucky coincidences! At its beginning, I was convinced that the functions of TCF7L2 (also called TCF4) in the intestine and in colorectal carcinogenesis had been firmly established: WNT signaling through its two mutually dependent effectors β-Catenin and TCF7L2 controls proliferation and self-renewal of intestinal stem cells, and - when the pathway gets out of control - unrestrained activity of β-Catenin and TCF7L2 initiates and then sustains tumor formation (1).

Therefore, it came as a big surprise to me when several reports challenged the view that TCF7L2 was an indispensable collaborator of β-Catenin in oncogenesis (2, 3). Results from large scale cancer genome sequencing projects were particularly puzzling. The mere occurrence of deleterious TCF7L2 mutations in tumors implied that colorectal cancer cells could readily tolerate the inactivation of TCF7L2 which normal intestinal cells wouldn’t (4, 5). The high frequency of the mutations further suggested that loss of TCF7L2 might even confer some selective advantage during carcinogenesis.

To investigate whether colorectal cancer cells could indeed survive without TCF7L2, β-Catenin’s seemingly obligatory partner in crime, faced two obstacles: The project needed funding and a coworker had to be found willing to attempt knocking-out TCF7L2 at the risk of coming up empty-handed, if TCF7L2 proved to be essential after all. Fortunately, upon revising the first unsuccessful grant proposal, funding could be secured (although the budget was cut in half), and Janna Wenzel joined the lab as PhD student who had way fewer qualms about the vital functions of TCF7L2 than I did. She simply tried and knocked out the gene in several colorectal cancer cell lines, swiftly proceeding to the phenotypic characterization of TCF7L2-deficient cells. What helped the project further at this stage was an accidental meeting with Constanze Lamprecht, an expert in atomic force microscopy. Initially, Constanze had contacted me to discuss potential applications of this technology in one of our projects. When I first visited her at the Signalhaus of the BIOSS Centre for Biological Signalling Studies in Freiburg, I did not anticipate that soon her expertise would prove to be extremely helpful to detect an intriguing difference in collagen adhesion between TCF7L2 wildtype and mutant cells. With her help and our other collaborators’ contributions we eventually wrapped up the story, showing quite unexpectedly that some colorectal cancer cell lines were indeed TCF7L2-independent and that loss of TCF7L2 may help cancer cells to spread. Something we don’t know yet: What allows colorectal cancer cells to stay alive without TCF7L2? Are there other factors that take over its role as collaborators of β-Catenin (6)? There are close relatives of TCF7L2 which might step in, but currently this is pure speculation (7).

What I learned from all this: Sometimes you need to be daring and try something even if you think it may never work; let your thinking be guided by the results of your experiments; be open-minded and ready to abandon your firmest beliefs and dearest models. Following this reasoning, perhaps I should start to wonder whether in colorectal cancer the function not only of TCF7L2 but also of β-Catenin and WNT signaling might not be as clear as review articles and textbooks tell us! 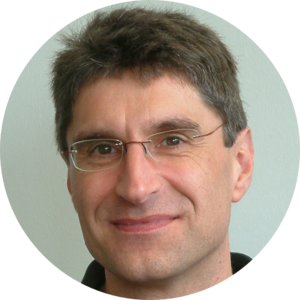