Clonal hematopoiesis is defined as a state in which individuals harbor mutations commonly observed in leukemia despite showing no changes in peripheral blood counts. Albeit asymptomatic, clonal hematopoiesis is associated with increased risk of leukemia and cardiovascular disease. Notably, the most prevalent mutations observed in clonal hematopoiesis are in genes encoding the de novo methyltransferase 3A (DNMT3A) and the ten-eleven translocation 2 (TET2) enzymes, both of which alter DNA methylation. Loss of function mutations result in stochastically distributed, low-level and genome-wide hypo- or hyper-methylation, respectively. While cell fate commitment in blood cell development is mainly driven by lineage-specific transcription factors, their activity can be modulated through the methylation of their DNA binding sites. The question that drove this study was thus, how do genome-wide stochastic changes in DNA methylation alter the differentiation landscape during blood formation?

By using complementary single cell sequencing methods in mouse models of Dnmt3a and Tet2 loss-of-function mutations, we first observed increased monocyte progenitor output at the expense of erythroid progenitors in the Tet2 knockout, and opposite skews in the Dnmt3a knockout, consistent with their opposite effects on DNA methylation. Notably, we found that these progenitor skews were preceded by concordant shifts in transcriptional priming of hematopoietic stem cells (HSCs), a process in which transcriptional oscillations herald fate choices. These observations led us to search for a mechanistic model to explain how modest, distributed, stochastic methylation changes across the genome translate into coherent and deterministic shifts in progenitor frequencies.

Given the key role of transcription factors in determining cell fate, we hypothesize that differences in CpG content of DNA binding motifs of lineage-specifying transcription factors could explain these phenomena. In other words, although methylation changes are distributed genome-wide, factors with CpG-rich motifs will be preferentially affected, due to the cumulative impact across the entire compendium of their biding sites. Indeed, erythroid transcription factor binding motifs show increased CpG content, suggesting that they may be more susceptible to global DNA methylation changes. This is consistent with decreased output of erythroid progenitors upon hyper-methylation due to TET2 loss, and increased output upon hypo-methylation due to DNMT3A loss. In further support for this model, we observed that Tet2 or Dnmt3a loss drive hyper- or hypo-methylation of accessible binding sites, respectively, and are therefore more likely to alter transcription factor binding. Furthermore, single-cell ATAC-seq confirmed changes in these CpG rich transcription factors in HSCs that followed the model’s prediction. Finally, single cell multi-omics show a direct correlation between enhancer methylation and transcriptional priming skews in long-term HSCs.

Of note, human transcription factor binding motifs showed highly similar CpG biases suggesting that this model may extend to the biology of clonal hematopoiesis. Indeed, modest increases in monocyte counts have been observed in individuals with TET2 mutations. To further support the extension of the model to human hematopoiesis, we performed genotyping of transcriptomes (GoT), a procedure that allows capturing both the single-cell transcriptome and genotype for somatic mutation. Through this analysis, we demonstrate that a human clonal hematopoiesis sample harboring a small clone with a DNMT3A mutation displayed the same transcriptional priming skews as we observed in the mouse model.

Our future efforts will be geared towards further developing and refining the proposed model shown above. One of the main challenges is to demonstrate that methylation of binding sites is causal in skewing cell differentiation. A potential approach would consist of targeted methylation of the binding sites relevant for differentiation with dCas9-Dnmt3a. However, such experiments are currently technically challenging due to substantial off-target effects associated with targeted methylation systems, and the need to target hundreds or thousands of loci at once to recapitulate the distributed nature of DNA methylation disruption. Thus, ongoing technology development in the field of precision epigenetic genome editing will potentially enable the mechanistic exploration of more complex models for the impact of DNA methylation on cell state.

Indeed, we perceive our model as a first approximation. For example, the impact of DNA methylation on binding varies in magnitude across transcription factors. In addition, while the DNA methylation disruption due to TET2 and DNMT3A loss is distributed stochastically across the genome, it may not be distributed uniformly. For example, others and we show that CpG islands are protected from hyper-methylation due to TET2 loss. Interactions with histone modifications have been extensively described to impact the recruitment of these DNA methylation modifiers. DNA methylation modifiers may even have binding motifs beyond the general preference to CpGs, resulting in CpG-flanking sequence preference.  With a comprehensive understanding of these features, we envision a more precise prediction of the impact of DNA methylation disruption on transcription factor activity.

In conclusion, our study leverages single cell-sequencing technologies to chart the impact of somatic mutations on the differentiation topographies. We believe that this perspective will have broader applicability beyond clonal hematopoiesis, as disrupted differentiation topographies may be implicated in many cancers (as in the cancer stem cell model) and in the somatic clonal growths that are pervasively observed with aging in normal tissues. 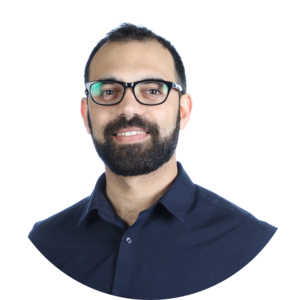