p300/CBP, a potential target to enhance the efficacy of PD-L1 blockade treatment

In 2018, the Nobel Prize in Physiology or Medicine was awarded to James Allison and Tasuku Honjo for their discovery of cancer therapy by inhibition of negative immune regulation. Scientists had attempted to engage the immune system to fight cancer for more than 100 years and finally, with the development of immune checkpoint therapy, a revolution in the fight against cancer was triggered.

It is now very clear that tumor cells escape immune attack by upregulating the expression of programmed death-ligand 1 (PD-L1), which could bind with programmed death-1 (PD-1) receptor on T cells to block the function of T cells. Blockade of the PD-1/PD-L1 interaction with antibodies releases the T-cell brake and reactivates the immune system to attack tumors [1]. This concept has shown significant clinical benefits in several cancer types, such as melanoma and lung cancer. Meanwhile, multiple clinical trials in other cancers are ongoing. However, similar to other cancer therapies, resistance has been observed in various cancer types including prostate cancer (PCa).

PCa is the most common cancer to affect American men [2], increasing the importance of a novel treatment. With this, we attempted to design an approach to overcome the resistance of PD-L1 blockade treatment in PCa. As expected, we found PD-L1 was expressed in PCa cells, although the level was lower. The PD-L1 level was considered as a biomarker for predicting efficacy of PD-L1 blockade treatment, which has now been deemed unreliable [3]. Originally, we thought the lower expression of PD-L1 in PCa, explained PCa resistance to PD-L1 blockade treatment. This led to the assumption that lower expression was due to the epigenetic regulation in PCa, which affected gene expression without the change of genotype. Based on this hypothesis, we found that class I HDACs directly bound to the promoter of CD274 (encoding PD-L1) and downregulated its expression. This provided us with an indication to control PD-L1 expression.

During this time several studies published, documenting a novel finding for the resistance of PD-L1 blockade treatment. They reported that tumor cells secreted PD-L1 through exosomes or splice variants, which suppressed T cell activity and showed resistance to PD-L1 blockade [4, 5]. Similar findings were observed in PCa [6], and interestingly, CD274 mRNA was substantially higher in PCa, even compared with that of melanoma, a cancer type with higher PD-L1 and positive response to PD-L1 blockade treatment. These findings inspired us to test the hypothesis that cutting off PD-L1 expression to reduce its secretion might improve the response rate of PD-L1 blockade in PCa. Pursuing this hypothesis, we delved into the idea of HDAC-downregulated PD-L1 and found that epigenetic factor p300/CBP was an up-modulator for PD-L1 expression. Considering that previous reports indicated the importance of p300/CBP in PCa progression, this finding is apparent. Next, we tested our hypothesis with a p300/CBP inhibitor combined with anti-PD-L1 antibody. As expected, the combination of treatment remarkably limited tumor growth. Considering the roles of p300/CBP in tumor progression and the promising effects of PD-L1 blockade in clinical cancer therapy, this combined treatment could benefit patients with varying types of cancer.

Written by Jinghui Liu and edited by Katelyn Jones and Xiaoqi Liu. 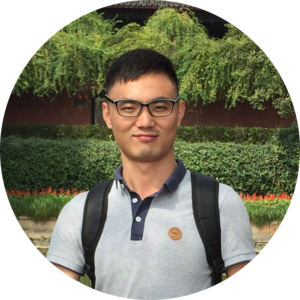