In 2013, one of the research questions in my lab was to identity downstream target genes of transcription factors Sox9 and Sox10 to mediate neural crest migratory behaviour. I came across an article using microarray to identify new regulators in chick neural crest development [1] in which an in situ image of cross-section from an early chick embryo quickly caught my attention as it showed a highly restricted expression of one of the candidate factors, RhoGAP Deleted in Liver Cancer 1 (DLC1), in emigrating neural crest cells where Sox9 and Sox10 are also expressed. To cut a long story short, we demonstrated that DLC1, which is asymmetrically localized in the cytoplasm, functions downstream of Sox9-Sox10 to regulate trunk neural crest delamination and migration in a directional manner [2]. During the study, emerging evidence indicate that melanoma cells redeploy the neural crest developmental program for their growth and metastasis [3, 4]. An idea came to my mind whether DLC1 also plays a role in promoting melanoma metastasis given its functional importance in governing directional migration of neural crest cells but that is against the general consensus in the field that DLC1 functions as a metastasis suppressor in various cancer types [5]. In addition, a previous report showed that loss of DLC1 expression in primary cutaneous and metastatic melanomas was associated with poor survival [6], further suggesting that DLC1 might function as a tumor suppressor to inhibit melanoma growth and metastasis. Whether DLC1 indeed functions as a tumor suppressor in melanoma remains to be determined.

I left this research question to my PhD student Xintao Yang (Chris) who joined my lab in Nov 2015 to figure out whether DLC1 is a tumor suppressor or an oncogene in melanoma. Chris analysed the TCGA dataset which show higher levels of DLC1 transcripts in cutaneous melanoma (n=461) than normal tissue samples (n=558) (Fig. 1). By immunofluorescence, he also observed strong nuclear and cytoplasmic DLC1 expression in most of the melanomas on a tissue microarray. These findings provided strong clinical evidence that cytoplasmic and/or nuclear DLC1 could function as an oncogene in melanoma. Indeed, loss-of-function studies showed a requirement of DLC1 for melanoma growth and metastasis. However, gain-of-function analysis turned out to be tricky. Chris performed numerous attempts to overexpress DLC1 in high-DLC1 expressing A375 and WM266-4 melanoma cell lines (DLC1HIGH) but in vain as there was no effect on melanoma growth and invasion. This was not until he used another low DLC1-expressing UACC-827 melanoma cells (DLC1LOW) that showed enhanced tumorigenicity and invasion upon DLC1 overexpression. He noticed that ectopic DLC1 was predominantly localized in the nucleus of UACC-827 but in the cytoplasm of A375 and WM266-4 cells. This appears to be due to the limited amount of DLC1 co-factor, FOXK1 transcription factor available to translocate exogenous DLC1 into the nucleus of DLC1HIGH cells, whereas FOXK1 was still in excess to promote nuclear translocation and retention of ectopic DLC1 in DLC1LOW cells. Lastly, both DLC1 and FOXK1 function in a cooperative manner to transactivate MMP9 expression for melanoma invasion and metastasis. Thus, Chris's findings unravel an unprecedented oncogenic role of nuclear DLC1 independent of its RhoGAP activity in melanoma. Our studies open a new avenue for further investigation that DLC1 and possibly other RhoGAP family proteins could involve in gene regulation in other cellular contexts.

A key question remains to be addressed is why DLC1 functions as an oncogene in melanoma but not in other tumor types? 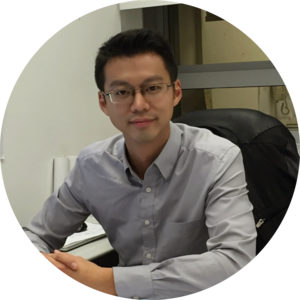