The idea for this model started at the Society for Mathematical Biology meeting in 2013, when John Nagy and Heiko Enderling discussed cancer stem cell dynamics to be a potential contributor to the evolution of resistance in prostate cancer. Without resources and manpower to analyze data and build the model, the projects sat idle for about three years. This changed a couple of years later with a new collaboration with Renee Brady-Nicholls, Andrew Wang and Tian Zhang, and an injection of financial support from the The Jayne Koskinas Ted Giovanis Foundation for Health and Policy (http://jktgfoundation.org).

What initially started off as a quick project anticipated to last three to four months, slowly evolved into something much greater. We planned to use a simple model of prostate cancer stem cell (PCaSC) dynamics to describe patient-specific prostate-specific antigen (PSA) dynamics. As we analyzed the data and began fitting the model to data, differences between responding and resistant patients became more apparent. This led us to wonder if we could use these differences to do a little bit more. Perhaps we could predict how a particular patient would respond to IADT using their initial response dynamics. As all patients undergoing intermittent androgen deprivation therapy (IADT) eventually develop resistance, predicting the precise time when this would occur would offer great benefit. Having such information would provide oncologists the chance to offer alternative therapy options prior to resistance development in hopes of extending patient survival.

And so, three months became almost two years. Though our model is simple, with only four parameters, we understood that to build a predictive model we would have to first identify resistance mechanisms distinguishing the responders from the resistant patients. Once this was identified, we could analyze how this changed over time to predict patient response. Parameter analysis revealed that PCaSC self-renewal drove resistance. A larger self-renewal rate translated to a rapid increase in the PCaSC population over time, which in turn resulted in more differentiated cells. This growth exceeded the treatment-induced decay in the differentiated cells, resulting in an increase in PSA despite treatment being on. Thus, treatment resistance. In contrast, a smaller self-renewal rate meant that PCaSCs would steadily increase, and differentiated cells and PSA would decrease in response to treatment.

After dividing the data into a training and testing set, we fit the model cycle-by-cycle to learn how the self-renewal rate evolved over time in each patient and used these changes to predict the response in subsequent cycles. To test the robustness of our model and ensure that model predictions were independent of the training and testing sets, we completed a leave-one-out study, repeating the model fitting and predictions. This resulted in an overall accuracy of 89%, with a 73% and 91% sensitivity and specificity, respectively.

Though we developed an incredibly predictive model, we wanted to offer more to the patients that we hope will benefit from our results. Could we use the model dynamics to determine who would benefit from alternative therapy, such as chemotherapy? Could IADT be administered as effectively in fewer cycles? Model simulations showed that first cycle IADT dynamics could be used to identify patients who would, and more importantly, who would not benefit from chemotherapy. They also demonstrated that the 8-month induction period of ADT selected for the resistant population and omitting this could extend survival. From these results, we concluded that PSA dynamics can prospectively predict treatment response to IADT and suggest ways to adapt treatment to delay progression. This exciting work is featured in our 2020 Lab calendar. 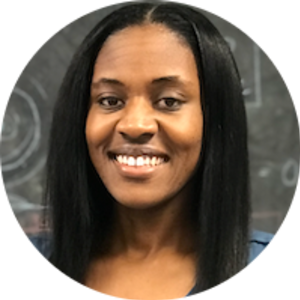