Gene expression profiling has been used to classify tumors of many origins. The intrinsic subtypes of breast cancer were defined two decades ago based on variation in gene expression patterns of a set of 500 genes (1,2). These five subtypes (termed basal-like, ERBB2+, luminal A, luminal B and normal-like) have since been validated countless times. Through an integrated analysis of human and murine mammary tumors, claudin-low was in 2007 proposed as an additional intrinsic subtype (3,4). Over the years, claudin-low has been described as a poor-prognosis subtype with stem cell and EMT-like features (4–6), and analogous tumor groups have been discovered in bladder (7) and gastric cancer (8).

The idea for this study came as a result of our earlier investigations of mouse mammary tumors induced by the carcinogen 7,12-dimethylbenzanthracene (DMBA) and the progestin medroxyprogesterone acetate (MPA). We studied the genomic and transcriptomic characteristics of tumors from this model and found that half of them showed claudin-low-like gene expression features (9). To understand whether the features in murine claudin-low-like tumors reflected those of human counterparts, we investigated human claudin-low breast tumors in parallel. In our analyses of human claudin-low breast tumors, some characteristics of the subtype seemed a bit strange to us. Firstly, the prevalence of claudin-low tumors varied considerably between cohorts – Prat et al. (4) noted a prevalence of 7-14% in various cohorts, while only 1.5% of tumors in The Cancer Genome Atlas breast cancer cohort were classified as claudin-low (10). Further, the tumors themselves showed quite heterogeneous characteristics (e.g. inconsistent estrogen receptor positivity). Perhaps most odd to us though, was the fact that claudin-low tumors needed to be identified using a distinct analysis separately from the analysis (11) used to identify all other subtypes. If claudin-low is a measure of the same “dimension” as the other intrinsic subtypes, why does it not appear as a distinct group when classifying breast tumors using the standard subtyping method?

These peculiarities encouraged us to dig deeper into claudin-low breast tumors. Our key hypothesis, in this study, was that claudin-low isn’t in fact an intrinsic subtype, but is rather a phenotype that could permeate tumors of any intrinsic subtype. We investigated this hypothesis by stratifying claudin-low tumors by their underlying intrinsic subtype, and comprehensively profiled their genomic, transcriptomic and clinical traits. These analyses revealed that the characteristics of claudin-low tumors mostly tracked those of their underlying intrinsic subtype, and that only some traits were really attributable to claudin-low status. Perhaps most surprisingly, claudin-low status did not seem to affect disease-specific survival when tumors were stratified by intrinsic subtype (although the included cohorts were, unfortunately, somewhat underpowered for survival analyses). In fact, claudin-low tumor characteristics reflected underlying intrinsic subtypes so much that we, at one point, questioned whether claudin-low really exists at all. This concern was, however, abated when we discovered a major missing piece of the puzzle to our conceptual understanding of claudin-low, namely the concept of cellular pliancy (12,13). In a similar vein, our reviewers raised the question of whether claudin-low might simply be an artefact of stromal cell infiltration. There is an interesting, unabridged deliberation of the question in the Peer Review File accompanying the article. In conclusion though, we are convinced that the claudin-low phenotype can neither 100%, nor 0%, be ascribed to non-tumor cell infiltration. Beyond that though, we look forward to single cell studies which should be able to provide a more precise understanding of how the microenvironment shapes claudin-low tumors.

In sum, our study will have implications for the stratification of breast tumors. While intrinsic subtypes are the predominant factor in determining a tumor’s behavior, the claudin-low phenotype does represent important characteristics that should be taken into consideration when studying breast cancer (i.e. immune cell infiltration, immunosuppressive features, genomic stability). We believe that our study will enable more accurate and nuanced investigation into claudin-low breast tumors, and hope that it might serve as a reminder about the importance of periodically re-evaluating established truths. 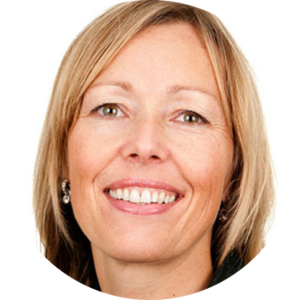