2013 was the year I started graduate school. It was also the year immunotherapy won the Science Breakthrough of the Year [1];  with CTLA-4 and PD-1/PD-L1 blockade emerging as life-saving therapy for cancer patients [2,3]. These amazing breakthroughs served as inspiration for us to ask an important biological question: how do tumor cells upregulate PD-L1? Under Dr. Kathryn O’Donnell’s mentorship, I was lucky to explore this question in our exciting study. Despite substantial progress in targeting the PD-1/PD-L1 pathway, the basic mechanisms through which PD-L1 is upregulated in lung cancer and other cancer types remained incompletely understood. To comprehensively address this, we used an unbiased approach and performed a genome-wide CRISPR-Cas9 loss-of-function screen in human lung cancer cells (Figure 1), in collaboration with Dr. Joshua Mendell’s lab.  Our idea was to knockout ~19,000 human genes using a CRISPR library [4] and sort for PD-L1 high- and low- expressing cells using a fluorescent PD-L1 antibody. The sgRNAs enriched in these cells were then analyzed via deep sequencing. For example, analysis of cells with high PD-L1 expression enabled us to uncover negative regulators of PD-L1 because the loss of a negative regulator would lead to an increase in PD-L1.

Among the most significant hits in cells with reduced PD-L1 expression were PD-L1 itself and CMTM6, which was also independently identified in [6,7], thus validating our screening approach. Surprisingly, the most significant negative regulator of PD-L1 was Uroporphyrinogen Decarboxylase (UROD), which encodes a key enzyme in the heme synthesis pathway. We found that depletion of UROD led to post-transcriptional induction of PD-L1 in human lung cancer cells and syngeneic mouse tumor models. Our data also raised an intriguing question: Is PD-L1 post-transcriptionally induced independently of IFNg signaling? Yes, was my answer to Dr. Jim Allison, when he asked me this question at the Keystone Symposium for Immunotherapy in 2019.  Given the potent regulation of PD-L1 by UROD and the previously unknown connection between heme biosynthesis and the PD-1/PD-L1 immune checkpoint, we sought out to elucidate the mechanism through which this pathway controls PD-L1 expression.

After ruling out a role for regulation of PD-L1 mRNA and protein stability, we hypothesized that loss of UROD promotes translation of PD-L1 mRNA. This was when we began to explore the role of heme beyond hemoglobin; as an important metabolite regulating mRNA translation. In response to diverse cellular stresses, including reduced cellular heme levels, eukaryotic cells activate the Integrated Stress Response (ISR), an evolutionarily-conserved pathway to restore homeostasis. The critical event in the ISR is the phosphorylation of eIF2α at serine 51 by a eIF2α kinase, which results in global translation attenuation and enhanced translation of select mRNAs [8,9]. We then asked: could PD-L1 be one such mRNA?

I vividly remember the first experiment we performed to test this hypothesis; a rotation student (Sojeong Jun) and I performed a p-eIF2α western blot in addition to our daily mix of westerns.  This experiment paid off- we observed robust eIF2α phosphorylation in UROD knockout cells. To determine whether ISR activation was necessary for PD-L1 induction, we obtained MEFs from Dr. Randal Kaufman’s lab that harbored a wild-type eIF2α or a mutant eIF2α with serine 51 mutated to alanine (which rendered eIF2α non-phosphorylatable). We observed that upon Urod depletion, PD-L1 was induced in the wildtype MEFs but not in the mutant cells. This was an important and exciting piece of data that convinced us that we were on the right track. Through polysome profiling, we confirmed that PD-L1 was indeed preferentially translated upon UROD depletion. This prompted us to ask: what makes PD-L1 mRNA subject to this type of regulation? Previously, other ISR-responsive mRNAs were found to be translationally regulated by upstream open reading frames (uORFs) in their 5' UTR [8,9]. Through luciferase reporter assays, we discovered three inhibitory uORFs in the PD-L1 5' UTR that regulate PD-L1 translation, consistent with a previous report from the Ruggero laboratory [10]. Next, we assessed whether alternative translation initiation factors could substitute for eIF2α under these conditions. We demonstrated that eIF5B substitutes for eIF2α in UROD knockout cells, culminating in enhanced PD-L1 translation. Even more surprisingly, we found that eIF5B overexpression induced PD-L1 even in the absence of ISR activation. Interestingly, EIF5B amplification or mRNA upregulation is observed in ~16% of human lung adenocarcinoma patients and portends poor survival [11]. Thus, our study established eIF5B gain of function as a previously unrecognized mechanism to activate the PD-L1 immune checkpoint in lung cancer (Figure 2).

In summary, we showed that lung cancer cells activate the ISR in response to cellular stress, exploit eIF5B and enhance PD-L1 translation to ensure their survival in the tumor microenvironment. Other laboratories have shown that tumor cells experiencing proteotoxic stress activate the ISR to sustain growth and metastasis [12,13].  Further investigation of the relationship between ISR activation and immune evasion in cancer will be a priority in future studies.  Our findings begin to address the broader fascinating question - How do cancer cells cope with stress?  If I had to opine, I would say Kelly Clarkson called it; what doesn’t kill them makes them stronger. 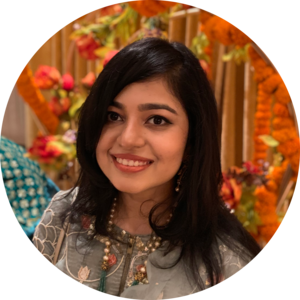