A journey of searching for disrupted chromatin structure in early carcinogenesis

I started paying attention to the details of nuclear architecture back in 2010 when my lab was developing optical microscopy techniques to improve early detection of cancer. Cytopathologists—those trained to diagnose diseases by examining cells from patients—told me that almost more than 90% of the diagnostic information comes from cell nucleus. I came to realize abnormal chromatin structure as one of the most universal and striking characteristics in cancer cells. But cells undergoing early carcinogenesis may not appear pathologically distinct. For example, higher-risk pre-cancerous lesions destined to undergo progression to cancer may be indistinguishable from low-risk precursors. Uncertain cancer risk can lead to sub-optimal clinical management of at-risk patients: high-risk patients may undergo inadequate surveillance, whereas the lower-risk subjects may undergo excessive testing or unnecessary interventions.

As an engineer who has been interested in new optical microscopy techniques, I thought part of the limitations behind those clinical challenges is the diffraction-limited resolution of conventional light microscope does not allow pathologists to visualize subtle changes that may happen in the early stage in cells undergoing transformation to cancer. I was wondering the molecular-scale changes of nuclear architecture in cells undergoing early carcinogenesis. At that time, super-resolution microscopy started to emerge as a powerful tool to reveal many previously invisible molecular structures in the cells. I decided to pursue the super-resolution microscopy technique of stochastic optical reconstruction microscopy (STORM) to answer my question, because of its simplicity and superior resolution. I was lucky enough to recruit two very talented postdoctoral researchers into my lab – Dr. Hongqiang Ma and Dr. Jianquan Xu in 2014. With their help, we embarked on the journey to uncover the characteristic nuclear architecture of cells in early carcinogenesis at the molecular scale.

Our journey was full of bumpy roads. To visualize nuclear architecture in the pathogenesis of cancer, we will need to image hundreds of nuclei from each pathological phenotype from the established transgenic mouse models of tumorigenesis and patient samples, where the formalin-fixed, paraffin-embedded tissue is the most common form of tissue preservation. Super-resolution microscopy, despite the tremendous early advances, was mostly used in the simple model systems such as bacteria and thin cultured cells. STORM requires low and uniform background for accurate localization of single molecules. These model systems are highly transparent, which is ideal for STORM. But pathological tissue tends to present heterogeneous and high background induced by autofluorescence and stronger scattering. The image reconstruction was also slow at the time, making it difficult to analyze thousands of cells. In 2015, I heard a talk in Optics in Life Sciences Congress on the use of 2,2'-thiodiethanol (TDE) to clear brain tissue. Intrigued by this approach, I thought it may be used as a simple way to reduce background in the STORM imaging of pathological tissue. It turned out that this simple addition to the imaging buffer reduced 80% of the background. But the residual background was still present in different regions of the same sample or from different samples, resulting in various image artifacts that lowered the image resolution and reproducibility. To address this issue, Dr. Hongqiang Ma developed a very simple and robust background correction algorithm based on the statistical model of temporal minimum that removed the background-induced artifact and improved the image resolution. He further developed a fast localization algorithm to account for overlapping emitters that are often present in densely packed chromatin structure [1] and implemented it in graphic processing unit (GPU). These developments (collectively referred to as PathSTORM) cleared our technical hurdles and enabled high-quality super-resolution imaging of chromatin structure over a large number of cells on pathological tissue in a robust and reproducible manner.

During our discovery process, we first used the intestinal tumorigenesis model of ApcMin/+ mouse model. After screening a set of histone marks that may be associated with carcinogenesis, I focused on H3K9me3, a heterochromatin mark highly enriched in the most condensed regions of DNA. It is thought to play a major architectonic role in higher-order physical structuring. To my surprise, the heterochromatin structure not only exhibited gradual structural decompaction at all stages during carcinogenesis, more importantly, a significant disruption already occurred in normal-appearing cells at risk for tumorigenesis prior to tumor formation. We observed such characteristic disruption of heterochromatin compaction in multiple tumor types (intestinal, pancreatic and prostate). To validate our finding, I was very fortunate that Dr. Sarah Heiner, a rising star in the field of chromatin biology, helped me profile chromatin structure using CUT&RUN (similar to ChIP-seq). Her experiments not only confirmed more open chromatin structure in carcinogenesis, but also identified that the disrupted regions were mostly the satellite repeats of the genome. Dr. Jianquan Xu further showed that the enhanced transcription activities and impaired genomic stability as functional consequences after disrupting the compact folding of heterochromatin. To move a step further towards our ultimate goal of improving cancer detection and risk stratification, we showed that those higher-risk precursors exhibit more disrupted heterochromatin structure compared to those lower-risk precursors.

At the end of this long journey, I finally find the answer to the question I had for the past decade. There were lots of perseverance and also some luck to get us to the end. This is truly a large group effort and I appreciated the contributions for all authors. This work opened a new avenue for the potential of super-resolution microscopy to make an impact in patient care. To make super-resolution microscopy as a routine clinical tool, there is still much work ahead to improve the reproducibility and establish a robust quality control system and automated analysis for clinical tissue samples and bodily fluids. But we are optimistic that super-resolution microscopy will make a social impact for improving cancer diagnosis, risk stratification, and facilitating the development and evaluation of new preventive strategies. 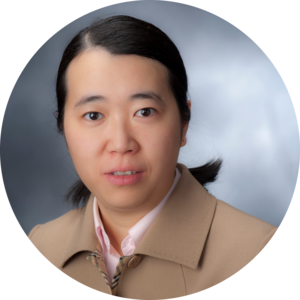