Cutaneous melanoma (CM) is the most aggressive skin cancer carrying quite poor prognosis. By studying the role of post-translational modification of an oncogene, CD147, we reveal a new mechanism of CM development and propose a promising way to treat this deadly disease.

Cutaneous melanoma (CM) is the most aggressive cancer carrying quite poor prognosis in skin cancers, which disseminates from a primary tumor in an early stage and forms metastases in distant organs, such as the brain and bone. CD147 is a membrane protein belonging to the immunoglobulin super-family and expressed in the cell membrane. CD147 is also functionally named extracellular matrix metalloproteinase inducer (EMMPRIN) to induce the production of MMPs, therefore facilitating tumor cell migration and invasion[1]. Our team investigates the role of CD147 in skin cancer over ten years. Previous studies demonstrated that CD147 is over-expressed in melanoma and faciliates melanoma malignant phenotype including proliferation, cell death, migration and metastasis through MMPs, calcium signaling, oxidative stress, angiogenesis and metabolism[2, 3].

It was well known that the glycosylation of CD147 is a marker of mature protein and exerts the MMPs induction activity[4]. The glycosylation also regulates CD147 association with its partner molecules, such as E-selectin[5]. Our previous study found that TRAF6 could directly ubiquitinate CD147 at Lys233, Lys249 and Lys258 in the cytoplasm domain, leading to impair the ability to induce MMP9 expression[6]. Through yeast two-hybrid screening, we identified a series of proteins that interacted with CD147. Among those molecules, Fyn belongs to nonreceptor tyrosine kinase and we found that Fyn is significantly expressed in melanoma. Most of important, we demonstrated that Fyn interacts and directly phosphorylates CD147 at Y140 and Y183. Furthermore, two phosphospecific antibodies against Y140 and Y183 were developed by our lab, which could specific recognize phosphorylated-CD147. We also found that the phosphorylation is required for the glycosylation of CD147, because mutation of CD147 (Y140/Y183) could not bind to GnT-V, which is a N-acetylglucosaminyltransferases resulting CD147 glycosylation.

Meanwhile, we identified Amodiaquine, a FDA approved inhibitor, blocks Fyn-induced phosphorylation of CD147 in vitro and in vivo, as a consequent, attenuates melanoma cells malignant phenotype. Taken together, this study revealed a novel mechanism of CD147 in melanoma and suggested that Amodiaquine is a promising inhibitor for melanoma treatment. 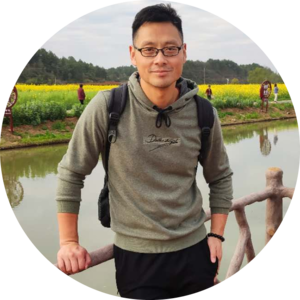