How a hypothesis inspired by the preventive effect of aspirin against colorectal cancer led to a proof-of-concept discovery: the initiation of intestinal tumors by mutant stem cells is controlled by their mesenchymal niche.

Non-steroid anti-inflammatory drugs (NSAIDs) such as aspirin and specific inhibitors of cyclooxygenase-2 (Cox-2) – the major target of NSAIDs – reduce colorectal cancer risk in humans,1 however, the specific cellular mechanisms underlying this effect have remained unknown. Considering that the regular use of NSAIDs comes at a substantial risk for serious adverse effects, such as hemorrhagic stroke and gastric ulcer formation, the clinical use of NSAIDs for the prevention of colorectal cancer remains limited.

These facts were really thought-provoking to me: What is the cellular pathway through which Cox-2 is involved in colorectal cancer? And, could we find safer pharmacological targets for cancer prevention in this pathway?

Early observations that led to a mesenchymal hypothesis for the role of Cox-2 in colorectal cancer. Back in 2013, I was an early postdoctoral fellow in the Kollias lab, at the “Alexander Fleming” institute in Greece. Through working on mouse models of colitis, I found that intestinal fibroblasts, a neglected cell type that time, were crucial for the homeostatic regulation of the epithelial barrier upon injury. Interestingly, this effect was mediated by the activation of Cox-2 by inflammatory signals.2 What drew my attention though, was that Cox-2 was not only induced in the context of inflammation, but also expressed in the steady-state intestine. This led me to the hypothesis that intestinal fibroblasts may constitutively express Cox-2 in the normal gut and promote tumorigenesis if mutations are present. To address this hypothesis, I crossed mice bearing fibroblast-specific ablation of Cox-2 with ApcMin/+ mice, a model whereby mutant stem cells spontaneously initiate tumors in the absence of tissue damage or inflammation. More than one year later, I was glad to get my first exciting results: fibroblast-specific ablation of Cox-2 led to a ~50% reduction in the number of adenomas formed in ApcMin/+ mice.

From the time I was to leave for the US, I handed these mice over to my good friend Aimilios Kaklamanos who continued to analyze them at Fleming.

Establishing the paracrine orchestration of intestinal tumorigenesis by a rare subset of fibroblasts. When I joined Richard Flavell’s lab at Yale, I decided to embark on two major research directions: First, to investigate the heterogeneity of intestinal mesenchymal cells and identify specific subsets that may be involved in colorectal cancer. Second, to delineate the precise mechanism through which Cox-2 in fibroblasts promotes tumor initiation: is it a direct interaction with tumor-initiating cells or an effect mediated by other cell types? To address these questions, teamwork with my fantastic colleagues in the Flavell lab and support from our collaborators were essential.

An important first step was to realize how diverse the intestinal mesenchyme is. Our single-cell RNA-seq and imaging studies revealed a remarkable diversity of fibroblast subsets, including a rare population of pericryptal Cox-2-expressing fibroblasts which is located close to intestinal stem cells. By employing lipidomic analyses and mouse models, we found that Cox-2 in fibroblasts is not only required for prostaglandin E2 (PGE2) secretion in the intestine but also sufficient to drive tumor initiation in ApcMin/+ mice.

Key to understanding the mechanism through which fibroblast-derived PGE2 drives tumorigenesis was the careful integration of our mouse studies with a systematic experimentation in organoids. I was really intrigued when I observed the spheroids shown in Figure-3 of the paper in fibroblast-crypt co-cultures. Fortunately, I decided to study these structures at the single-cell level: This revealed that fibroblast-derived PGE2 activates a Ptger4/Yap axis in crypts which drives the expansion of a slow-cycling Sca-1+ stem cell population. By using mouse models, we validated these predictions in vivo and ultimately showed that epithelial-specific ablation of either Ptger4 or Yap prevents tumor initiation in ApcMin/+ mice. Thus, our results collectively established a paracrine Cox-2/PGE2/Ptger4/Yap axis that drives colorectal cancer and therefore provided definitive in vivo evidence that intestinal tumorigenesis by mutant stem cells is orchestrated by their mesenchymal niche.

How could this mechanism be translated? Experiments I did in patient-derived organoids showed that PGE2/PTGER4 regulate stem cell function also in humans. Thus, PTGER4 may represent a safer and more selective target for the prevention of colorectal cancer than Cox-2 inhibition. Prophylactic PTGER4 inhibition could help prevent the reemergence of tumors in patients with a personal history of colorectal cancer after its surgical treatment. It could also be beneficial for patients with Familial Adenomatous Polyposis, whereby adenoma formation starts at an early age and almost inevitably leads to colorectal cancer unless the colon is removed. Considering that genetic variants in the PTGER4 locus associate with an increased risk for colorectal cancer in recent genome-wide association studies,3 PTGER4 inhibition may also lead to future personalized prevention strategies for patients who bear such variants. 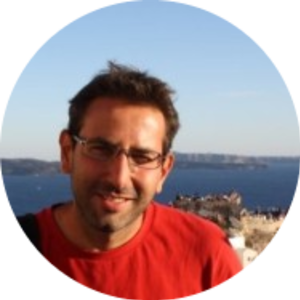