Despite effective screening programs, cervical cancer is still the fourth leading cancer type in the female population worldwide leading to fatal outcome for more than 311,000 women annually1. Most cancer-related deaths are linked to tumour metastasis or recurrence of disease after primary treatment. In cervical cancer, 90% of recurrences occur within three years of initial diagnosis, and less than 5% of these patients survive beyond five years2. Despite large efforts to unravel the genomic landscape, pembrolizumab is the only FDA approved targeted treatment for PD-L1 positive metastatic and recurrent cervical cancer. Still, within these selected patients, overall response rates are as low as 14.3%3.

Several novel drugs are currently being tested in clinical trials for recurrent and metastatic cervical cancer. However, responses are infrequent and often short-lived. Thus, better markers with which to predict response to novel therapeutics are strongly needed. Our goal with this study was to utilize available local genomic data combined with the cervical cancer TCGA data to generate a recurrence-predicting gene signature and to further characterize recurrent tumours by exploring whether differences in gene expression profiles are reflected in protein levels in a larger population-based validation cohort.

We identified a 10-gene signature with high prognostic value within our Norwegian patient cohort and within the independent cervical cancer TCGA cohort of 304 patients. Within these 10 genes, we investigated the prognostic value of HLA-DQB1 and LIMCH1 by immunohistochemistry (IHC) in over 400 prospectively collected Norwegian cervical cancer patients with complete follow-up. Both proteins had independent prognostic value. Interestingly, by gene expression analyses, we observed that HLA-DQB1high tumours were associated with immune activation and response to Interferon gamma. Correspondingly, by histopathological examination, we observed that these tumours had higher levels of immune infiltrating cells. Tumours with close by and active immune cells are considered good candidates for immunotherapy. To determine the potential of HLA-DQB1 as a marker of immunotherapy response, we investigated the relationship between HLA-DQB1 and PD-L1 expression. Indeed, there was a significant co-expression of HLA-DQB1 and PD-L1. Interestingly, despite other studies4, we did not detect any link between PD-L1 protein expression and cervical cancer survival. When comparing transcriptional profiles of tumours with high versus low PD-L1 protein expression, only a weak link to immune activation in the PD-L1high tumours was detected.

Our study reveals a highly prognostic 10-gene signature, with maintained significance also within an independent patient cohort. Two of the signature genes, HLA-DQB1 and LIMCH1 displayed independent prognostic significance when investigated in a large population-based patient cohort by IHC, indicating a promising role as prognostic biomarkers guiding cervical cancer treatment. HLA-DQB1 was clearly associated with inflammatory reaction, immune activation and immune infiltrating cells. HLA-DQB1 and PD-L1 protein expression was positively correlated, yet PD-L1 was not prognostic within our cohort and was not a strong marker for immune activation. We propose that the prognostic value of PD-L1 in cervical cancer may be ethnicity-dependent, and that HLA-DQB1 should be considered as a marker for response to immunotherapy in cervical cancer. 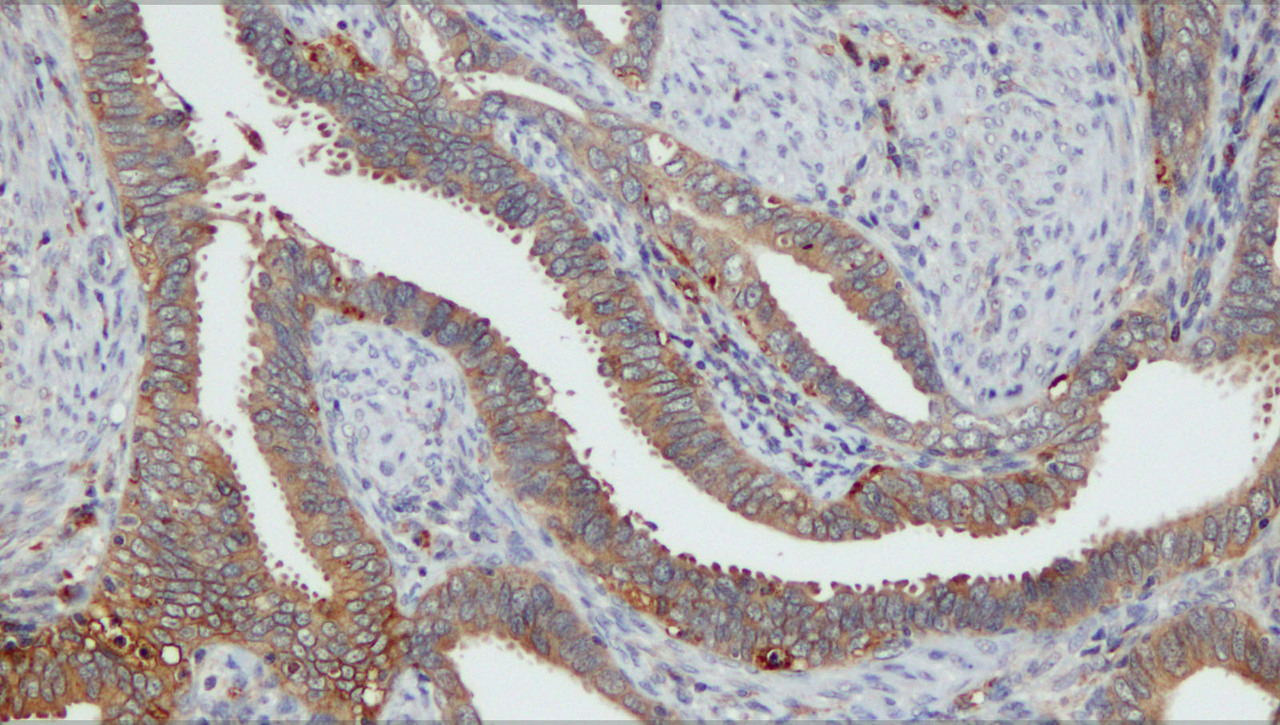 Advanced cervical cancer carries a particularly poor prognosis, and few treatment options exist. Effective molecular markers is vital to improve individualisation of treatment. This post describes how we identified novel prognostic biomarkers, one of which may predict response to immunotherapy.