Triple Negative Breast Cancer (TNBC) remains one of the most difficult forms of breast cancer to manage due to its aggressive nature, its more advanced stage at diagnosis and the general lack of targeted therapies.

Triple Negative Breast Cancer (TNBC) remains one of the most difficult forms of breast cancer to manage due to its aggressive nature, its more advanced stage at diagnosis and the general lack of targeted therapies. It represents some 20% of all breast cancers and its death rate is twice that of the other subtypes. This paper describes the development of a methylation based targeted sequencing assay called methylation DETection of Circulating Tumour DNA or mDETECTTNBC.

The ability of liquid biopsies to detect and track tumour burdens in real time has great potential for improving the management of almost all forms of cancer. The initial focus on cancer specific mutations as the basis for this type of assay came from the detailed knowledge of the mutational landscape of a large number of different cancers. While the detection of actionable mutations through liquid biopsies is coming into mainstream clinical usage, the lack of sensitivity of these tests has limited their utility. This has come down to fundamental issues related to the range and frequency of mutations present in most cancers which places specific limitations on the obtainable detection limits. For the most part these are point mutations, so that inherent error rates in PCR and Next Generation Sequencing also limit the ability of mutation based assays. Add to this the presence of normal DNA even in double spun plasma and as Diamandis has elegantly detailed (1), it is unlikely that mutation based assays will never be useful for early detection except perhaps in the metastatic setting. The fundamental issue is the number of detectable events and their frequency in the population of tumours to be detected.

In that regard, DNA methylation offers fundamental advantages due to the biology of epigenetic changes that occur during transformation. As we understand more about the epigenetic evolution of cancer it is becoming clearer that specific gene inactivation events, as reflected in DNA methylation, are early drivers of the process (2). Because of their role in the early etiology of cancer these events occur in most tumours sharing a common biology, making them frequent in a given tumour type. In addition, perhaps due to the large number of processes that can provide cancers with a selective advantage, there are also many such events present in most tumours.  This means that in a given tumour there are a large number of cancer specific DNA methylation targets available for detection. The number of targets is important as at lower concentrations of tumour DNA in the blood, less than a genome’s worth of DNA may be present in a given blood sample. The greater the number of targets available the greater the ability to detect lower levels of circulating tumour DNA (ctDNA).

To leverage all of these aspects we took advantage of the extensive TCGA methylation data available for breast cancer to identify a large number of regions of high CpG density specifically methylated in the different subtypes of breast cancer compared to multiple normal tissues. Methylation patterns are subtype specific and while there is a large degree of overlap between them, it was clear that TNBC was sufficiently different from the other subtypes for it to benefit from a separate assay, though the final TNBC assay still recognizes all the subtypes with high efficiency.  This process identified regions that are dense with methylated CpG residues such that a small target region (<150bp), appropriate for analyzing heavily fragmented ctDNA, included from 7 to 27 CpG residues. This ensured that a positive signal consisted of multiple base changes as methylation across these regions was highly concordant, dramatically increasing the specificity of the individual probes.  Most of the primers also incorporated the sequence for methylated CpGs so that amplification of DNA was biased towards tumour DNA due to its methylated status. This made the assay particularly resistant to contaminating normal DNA and allowed it to function well using limited quantities (<2 mls) of both plasma and serum derived cell free DNA (cfDNA).

The initial use of this assay is envisioned to be for the monitoring of response to therapy in metastatic patients. Currently only CA15-3 is used routinely in this role but is known to have many limitations. We were able to demonstrate in all of our cohorts that mDETECTTNBC was able to more accurately and sensitively monitor tumour burden in these metastatic patients compared to CA-15-3. A number of patients with high mDETECTTNBC levels were negative for CA15-3 clearly indicating that in many patients CA15-3 levels does not adequately reflect tumour burden. The ability to monitor tumour response in real time would allow for changes in therapy to be rationalized. It may also have use as a surrogate endpoint for clinical trials allowing for more rapid assessment of new agents. Given the higher tumour burdens and increased prevalence of the TNBC subtype in locally advanced breast cancer, mDETECTTNBC may also play a similar role in this context.

The sensitivity of any assay is ultimately dependent on the background signal present in the healthy population. In our study, seemingly random methylation occurred at a very low level in our control population and may be linked at some level to adiposity. We were able to eliminate the possibility that this background arose from Clonal Haematopoiesis of Indeterminate Prognosis (CHIP) which has been suggested to be the source of some of the mutational signatures seen in cfDNA (3, 4). The current version of our assay is unlikely to be sensitive enough for primary screening, though it is sufficiently specific. It is expected that technical modifications, such as alternative methods of methylation analysis and the incorporation of quantitative Unique Molecular Identifiers will extend the use of this assay to primary screening. The relatively low sequencing requirement (~2 million reads per sample) makes this assay much more economic compared to pan-cancer assays which have sequencing requirements some 100 fold higher. This makes it suitable for the higher throughput needed for cancer specific screening. This mDETECTTNBC assay is part of a series of cancer specific tests, with the prostate version shown to be as quantitative as PSA in following tumour burden, but is able to detect tumour burdens in PSA negative cancers, which are particularly associated with Castrate Resistant Prostate Cancer (5). Other mDETECT assays are in development, expanding the scope of these tests to the most frequency and lethal types of cancer.

This is also a great example of an international collaboration, where the patients were from the Curie Institute in France while the healthy control women were from Canada. 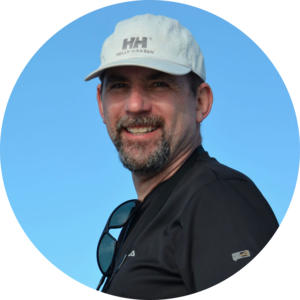