A first-in-human phase I dose-escalation trial of the novel therapeutic peptide, ALM201, demonstrates a favourable safety profile in unselected patients with ovarian cancer and other advanced solid tumours.

A first-in-human Phase I dose-escalation trial of the novel therapeutic peptide, ALM201, demonstrates a favourable safety profile in unselected patients with ovarian cancer and other advanced solid tumours - British Journal of Cancer

British Journal of Cancer - A first-in-human Phase I dose-escalation trial of the novel therapeutic peptide, ALM201, demonstrates a favourable safety profile in unselected patients with ovarian...

Angiogenesis remains a key pathological feature in many solid tumours, promoting tumour growth and metastasis.  Several biological and small molecule anti-angiogenic drugs have achieved regulatory approval as cancer therapies in a number of various solid cancers, but there remains an unmet clinical need to improve on these for use both as monotherapies and in combination with standard care and investigational agents.  There is also a wider potential use of next-generation anti-angiogenics in disease areas outside cancer, such as neovascular age-related macular degeneration (ARMD).

Originally, FKBPL, an endogenous human protein similar to immunophilins, was shown to possess strong anti-angiogenic properties by Prof. Tracy Robson and colleagues at Queen’s University Belfast.  To move towards a series of possible drug candidates, truncated peptides of varying lengths were derived from the N-terminal sequence by protein scientists at Almac Discovery and shown to have potent anti-angiogenic activity using both in vitro and ex vivoangiogenesis assays.  Of these, a 23-amino acid sequence retained potent nanomolar activity in functional assays and was taken forward as a candidate peptide for clinical development.  This synthetic peptide, named ALM201 (see illustration opposite for the predicted low energy state molecular structure of ALM201 (2575 Da); image courtesy of Dr. Oliver Barker, Almac Discovery), was progressed through a series of preclinical in vitro and in vivo studies where endothelial cell migration and angiogenic readouts were the primary focus.  We consistently observed strong anti-angiogenic effects in these model systems, including normalisation of tumour vasculature.  Importantly, ALM201 did not demonstrate any direct cytotoxic effects in these models, suggesting that it may be safe, with an anti-tumour effect driven through modulating the tumour microenvironment (TME).

Previously, FKBPL had been reported to be a negative prognostic marker in breast and ovarian cancer, and ALM201 was also reported to be internalised into CD44-expressing cells where it targeted microtubules, with a mechanism of action similar to vascular-disrupting agents.  ALM201 was then successfully progressed through preclinical regulatory toxicology and CMC studies and entered a Phase I dose-escalation study in 2016.  To help guide our choice of clinical indication (i.e., solid tumours with a strong vascular/TME component), ALM201 was evaluated in a series of high-grade serous ovarian cancer patient-derived xenograft (PDX) models.  Strong, single-agent, anti-tumour effects in a subset of these models was deemed as having sufficient merit to advance this novel anti-angiogenic peptide into first-in-human safety trials in patients with high-grade serous ovarian cancer and other advanced solid tumours. Subsequent to the initiation of the phase 1 trial, and based on the results of the preclinical anti-tumour efficacy data in the PDX models, ALM201 was granted orphan drug designation for ovarian cancer by the FDA in July 2017.

We found that subcutaneous dosing up to 300 mg per administration event in this first-in-human study was well tolerated.  The maximum administered dose (i.e., three x 1.0 mL injections) was reached.

The plasma AUC exposure observed in patients dosed at the RP2D dose of 100 mg (or above) was higher than the efficacious dose (3 mg/kg) in preclinical models and was therefore predicted to deliver some initial signs of anti-tumour efficacy in patients (albeit as a secondary study objective).  However, in this unselected, heavily pre-treated patient population with advanced solid tumours, no partial or complete responses were observed.  Based on the number of cycles administered and, in some cases, signs of tumour stabilisation as measured by the radiological response criteria in a small cohort of patients, we were encouraged that our peptide may have some modest therapeutic activity in this population.

Why our findings are important

We have demonstrated that subcutaneous injection of a synthetic 23-amino acid peptide with potent anti-angiogenic activity can reach the systemic circulation with considerably better pharmacokinetics than predicted by preclinical computer modelling.  ALM201 is a first-in-class therapeutic synthetic peptide derived from a naturally occurring endogenous human protein.  It demonstrates that the development of similar subcutaneously administered peptides to target other cancer biologies may be eminently feasible in the future.

We anticipate that ALM201 could most likely be used in a similar way to existing anti-angiogenic therapies, which are often given in combination with chemotherapy.  Indeed, the molecule’s lack of cytotoxicity may allow the combination with cytotoxic drugs without resulting in dose-limiting toxicity.  Given its lack of toxicity, there may also be the potential to use ALM201 after combination treatment in a maintenance setting.

There is a continuous emerging knowledge about the underlying mechanism of tumour angiogenesis, allowing for more personalised diagnostic, predictive, prognostic, and therapeutic strategies.   While there are no clinically approved biomarkers to date that can guide the use of anti-angiogenic agents in clinical practice (thereby limiting the efficacy of these drugs, exposing patients to unnecessary toxicities, and adding to the escalating healthcare costs), biomarker stratified clinical trials will be integral to the success of ALM201, and anti-angiogenic agents, in the clinic.  In parallel with developments in anti-angiogenesis in oncology, there have been ongoing developments with these agents in ophthalmic indications (such as ARMD) where several drugs are now licensed.  Again, there is scope for improved anti-angiogenic therapies and companion biomarkers of response in ARMD, and this also represents a potential area for exploration of ALM201 as a novel therapeutic. https://www.nature.com/articles/s41416-022-01780-z 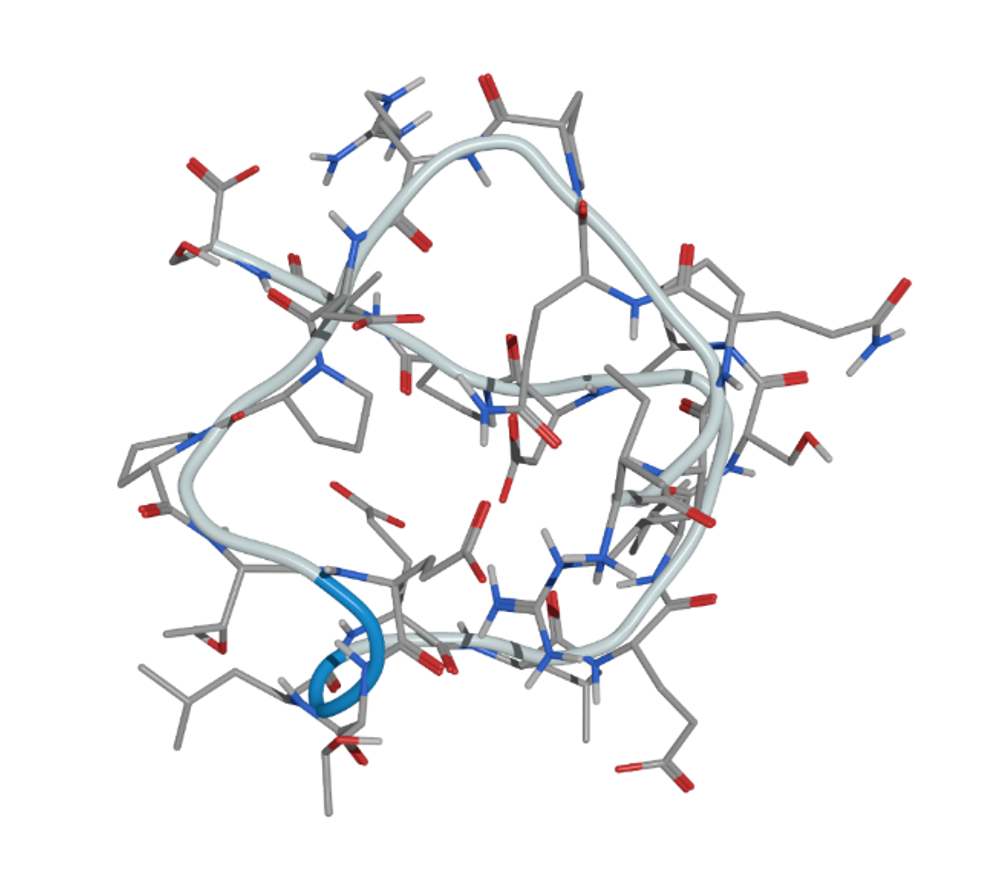 A first-in-human phase I dose-escalation trial of the novel therapeutic peptide, ALM201, demonstrates a favourable safety profile in unselected patients with ovarian cancer and other advanced solid tumours.