Anyone who has ever worked in clinical neuraradiology at a brain tumor center knows that glioblastoma is a bad actor. Not only is it the most common form of brain malignancy, but it is also among the most deadly. Recurrence is virtually guaranteed even with aggressive treatment, which can leave doctors, and more importantly patients, without hope.

Fortunately, over the past several years, improved understanding of glioblastoma genetics has opened the door for a variety of investigational targeted therapies that provide new hope for patients with glioblastoma and their doctors. Currently there are over 100 ongoing clinical trials for glioblastoma targeted therapies listed on clinicaltrials.gov including 12 at our institution, the University of California San Francisco (UCSF). While promising, the targeted therapy approach is limited by the need for tumor sampling (i.e. biopsy) and genetic sequencing, which is costly and sometimes limited in availability or feasibility.

At UCSF, we have been performing genetic sequencing on essentially all glioblastomas treated at our brain tumor center including a panel of 500 pathologic or likely pathologic somatic alterations. In clinical practice, it is often striking how certain genetic alterations in glioblastoma have particular imaging features on preoperative MRI. For example, we have previously reported that glioblastomas with mutations in isocitrate dehydrogenase (IDH) have smaller enhancing components and larger infiltrative non-enhancing components. These observations raise the possibility that glioblastoma genetics could be predicted based on non-invasive imaging, and were ultimately what led us to conceive of this study.

This study describes a fully automated artificial intelligence (AI) based method for predicting the presence of specific clinically relevant genetic alterations in glioblastoma using only non-invasive brain MRI. Using this AI-driven "virtual biopsy" approach, we were able to accurately identify several clinically relevant genetic alterations including some that are under investigation as potential treatment targets. This study, along with other similar studies, adds to mounting evidence that MRI features can be used to accurately predict tumor genetics and may ultimately be useful for helping to guide genetically targeted therapies. With further work, our overarching goal is to obviate the need for brain tumor biopsy using non-invasive MRI-based methods and to help guide the use of targeted therapies that have been shown to improve survival in patients with glioblastoma. 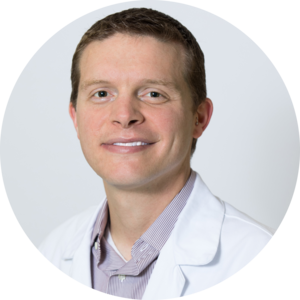