A major difference in RET inhibition found between pralsetinib and selpercatinib

The oncogenic RET kinase was initially targeted with multikinase inhibitors, such as cabozantinib and vandetanib. These inhibitors were originally developed to inhibit other protein tyrosine kinases, but cross-inhibit RET. In the last few years, two highly potent and selective RET protein tyrosine kinase inhibitors (TKIs), selpercatinib (LOXO-292) and pralsetinib (BLU-667), were developed. These potent and selective RET inhibitors gave improved response rates in RET-altered cancers and the responses were more durable, leading to approval by US Food and Drug Administration in late 2020 for treating RET-altered non-small cell lung cancer (NSCLC) and thyroid cancers. However, it was unclear whether these two drugs have different activity.

One lesson learned from kinase-targeted cancer therapies was that resistance would eventually emerge. The resistance might occur through acquired secondary mutations on the targeted kinases or through activation of alternative driver oncogenes. The mechanism of drug-adapted target mutations could be circumvented by developing new drugs capable of inhibiting the mutant kinases. This was exemplified by EGFR mutant- and ALK fusion-targeted therapies in NSCLC.

Acquired drug-resistant mutations were often discovered through analysis of tumor tissues or cell-free DNAs (cfDNAs) when diseases progressed after the initial response. For TKIs that give more depth and durable responses, this reactive approach could require a prolonged time to identify the resistant mutants and then develop the new drugs to inhibit these mutants. Using a proactive approach to accelerate the discovery of pralsetinib- and/or selpercatinib-resistant RET kinase mutants, we screened the randomly mutated KIF5B-RET oncogene for pralsetinib- or selpercatinib-resistant mutants, and cross-profiled their sensitivities1,2. Data obtained so far showed that all selpercatinib-resistant mutants were also resistant to pralsetinib. The G810R/C/S substitutions displayed the strongest resistance1. No V804M/L gatekeeper mutants were found. In fact, tumors with the RET V804M mutant responded to selpercatinib1. Co-crystal structures showed that selpercatinib and pralsetinib use a binding mode that does not penetrate the gate in the RET kinase domain1. G810 is located on the floor (C-lobe) of the solvent-front region of the drug-binding pocket in the kinase domain. The acquired G810 solvent-front mutations have been reported recently in several clinical studies.

Interestingly, the effects of L730V/I mutants on selpercatinib (4 to 7-fold higher IC50) were smaller than that of the V804M mutant (17-fold higher IC50). Consistently, in vivo experiments in animals showed that the growth of BaF3/KIF5B-RET(L730V/I) cell-derived tumors could not be inhibited by pralsetinib, whereas they were readily inhibited by selpercatinib2. Thus, we have found an important difference between pralsetinib and selpercatinib. Our finding points to selpercatinib as a readily available option for continuing suppression of RET-driven tumors when L730V/I roof mutations are detected in patients whose tumors progress on pralsetinib treatment. 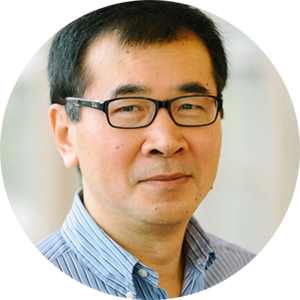