A community from npj Precision Oncology
Contributor Oncogene
About the Community 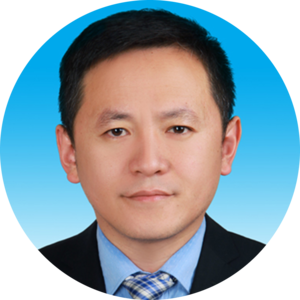 The remarkable event of Wnt/β-catenin signaling pathway activation is that β-catenin translocates into the nucleus due to the loss function of the destruction complex. Therefore, we systematically screened the key molecules that destroy the complex and found that the loss of the receptor for activated protein kinase C (RACK1) is highly correlated with the prognosis of gastric cancer patients. Interestingly, we found that the loss of RACK1 may be due to its ubiquitination degradation.

Then, we identified UBE2T as a crucial regulator of RACK1 via mass spectrometry analysis combined with Affymetrix GeneChip®arrays analysis. Our data showed that UBE2T drives the K48-linked polyubiquitination and degradation of RACK1 at the lysine K172, K225, and K257 residues, which promotes the hyperactivation of Wnt/β-catenin signaling pathway and GC progression. Here we identified a novel UBE2T inhibitor M435-1279 through screening Chemdiv and SPECS small molecular compounds library based on its catalytic site cysteine 86. Our data showed that the M435-1279 binds to UBE2T, and significantly suppresses the process of RACK1 ubiquitination and β-catenin translocation into nuclear. Interestingly, we found that M435-1279 has low cytotoxicity to normal cells of gastric mucosa at effective inhibition concentration for GC cells, suggesting that M435-1279 could suppress GC progression through UBE2T-medicated Wnt/β-catenin hyperactivation without impairing its physiological function in the meantime. Therefore, UBE2T is a valuable inhibitor target regulating Wnt/β-catenin signaling pathway in GC and its specific inhibitor M435-1279 could be a potentially effective leading compound for GC therapy.

Overall, this study found that UBE2T promotes GC progression via the ubiquitination of RACK1 independent of E3 ligase and identify a potent inhibitor providing a balance between growth inhibition and cytotoxicity as well, which offer a new opportunity for GC patients with aberrant Wnt/β-catenin signaling. 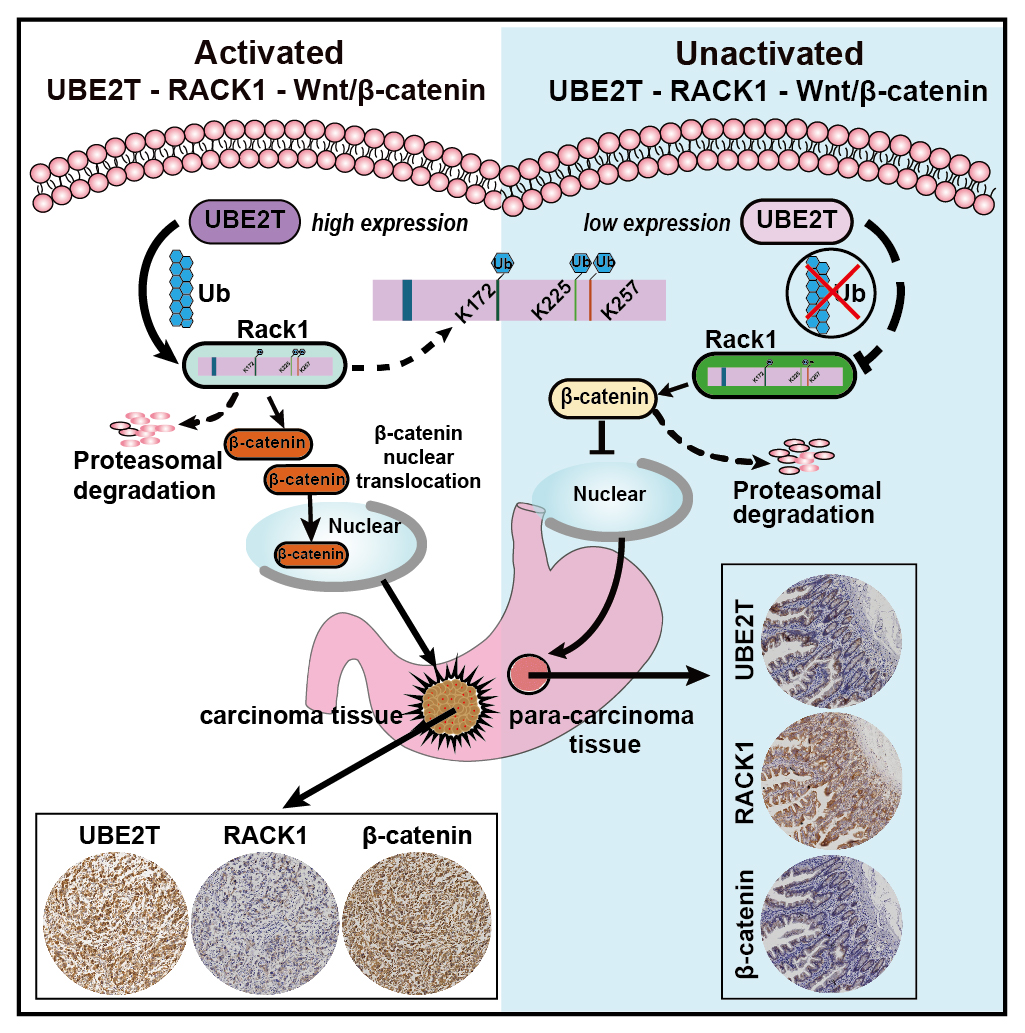 Back to About the Community

Exciting news: You can now add co-authors to community posts!
Contributor Nature Research
About the Community

Top 3 Behind the Papers from February