“Is it time to consider AML treatment for poor-risk immature T-ALLs? We may have transcriptomic data that indicates just this”.

I had just started my laboratory in Cambridge when Elizabeth Macintyre and Jonathan Bond from the Necker hospital in Paris came knocking at my email inbox with this question. I am a stem cell biologist and my research aims to understand how all blood cell types are made from haematopoietic stem and progenitor cells in humans, with a focus on transcriptomics. I am a firm believer that there is lots to be learned from comparing tumours to the normal cellular hierarchies that they hijack, and so I embarked on this collaboration.

To date, leukaemias are split into either the lymphoid or myeloid type at diagnosis based on leukemic cell morphology and expression of lineage-specific surface markers. Correct diagnosis is key to give patients the best chance of survival. But in some “immature” cases, the leukaemic cells express markers of several lineages or none, posing a challenge for treatment allocation. Elizabeth, Jonathan and their colleagues from French acute leukemia cooperative groups had put together a cohort of samples from T- acute lymphoblastic leukaemias (T-ALLs) and acute myeloid leukemia (AML) patients, intentionally enriched for these “immature” types. They noticed that at the transcriptional level, some T-ALLs clustered together with AMLs. Together we decided to investigate the significance of this original finding and its potential relevance to therapy.

We employed a number of bioinformatic methods, but the most interesting insights came from Iterative Clustering and Guide gene Selection (ICGS), a tool initially developed to cluster single cells into states recapitulating differentiation trajectories 1. Within our dataset, it identified a series of T-ALLs and AMLs that did not express the classical features of either T-ALL or AMLs, specifically lacking T cell or myeloid cell identity. We found that these “interface” T-ALLs and AMLs were not restricted to previously described categories of immature leukemias (such as ETP-ALL or M0-AMLs) or specific mutations, indicating that interface attributes transcend current phenotypic/genotypic classifications and represent a new entity.

The most exciting data came from interface AMLs. When we developed a transcriptional interface AML signature (IAL), this unexpectedly strongly correlated with poor prognosis in 2 independent AML patient cohorts, independently of other common prognostic factors. Interestingly, a leukemic stem cell (LSC) signature developed by the groups of Drs Jean Wang and John Dick in Toronto is making its way into clinical trials 2,3, underscoring the clinical potential of transcriptional signatures for leukemia treatment allocation. Importantly, our IAL signature did not overlap with the LSC signature. The latter reports stemness, intended as capacity to initiate and maintain the tumour. We speculate that, akin to healthy HSCs, distinct transcriptional modules may control self-renewal and absence of lineage affiliation in acute leukemia. We also found that AML patients with high IAL scores responded poorly to Gemtuzumab Ozogamycin, currently used in clinical protocols in combination with Daunorubicin and AraC. Unexpectedly, in these poor responders the transcriptomes expressed high levels of genes associated with B cell differentiation. We therefore suggest that AMLs with high IAL scores may benefit from ALL-type regimens, using glucocorticoids, as recently described for RUNX1-mutated AMLs 4, all identified as IAL in our study. 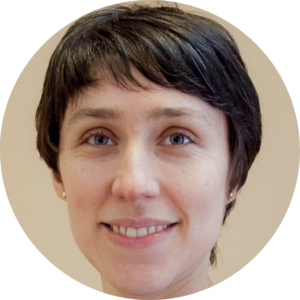