Rearrangements of Janus kinase 2 (JAK2) that result in JAK2 fusion genes are associated with inferior outcomes in acute lymphoblastic leukemia 1. The JAK2 fusion proteins encoded by these rearrangements drive leukemogenesis through constitutive activation of JAK2 kinase activity 2. Preclinical studies have demonstrated that JAK2 inhibitors may be an effective precision medicine approach for JAK2-rearranged (JAK2r) ALL 2,3. Ruxolitinib is a JAK2 inhibitor, FDA-approved for the treatment of myeloproliferative neoplasms, that is currently being assessed in Phase II clinical trials for the treatment of B-cell ALL cases harboring JAK2 pathway alterations. All JAK inhibitors in clinical development are type-I JAK inhibitors, binding active JAK2 within the ATP binding site 4. Early findings suggest that JAK inhibitors, in combination with chemotherapy, may improve outcomes for patients with this high-risk ALL subtype.

Unfortunately, the development of treatment resistance is a well documented limitation of targeted therapies. Resistance to kinase inhibitors often occurs through the acquisition of mutations within the inhibitor binding site 5. To date, only a single report has identified a JAK2 kinase domain mutation in a high-risk pediatric case of ALL where primary leukemia cells displayed a reduced sensitivity to ruxolitinib 6. Nine ruxolitinib-resistant JAK2 mutations have been identified within the JAK2 kinase domain by in vitro random mutagenesis screening of JAK2 7-9. Therefore, we predict that a subset of JAK2r ALL patients treated with ruxolitinib will develop resistance and subsequent disease persistence.Elucidating potential mechanisms of ruxolitinib resistance in JAK2r ALL will enable development of therapeutic strategies to overcome or avert resistance.

In this study, JAK2 fusion genes identified in ALL patient lymphoblasts by mRNA sequencing (mRNAseq) were expressed in a factor dependent murine pro-B cell line to model JAK2r ALL. We recapitulated acquired resistance to ruxolitinib in JAK2r ALL in vitro by treating three independent replicates of murine pro-B cells expressing a high-risk JAK2 fusion gene with gradually increasing concentrations of ruxolitinib. Sanger sequencing of RT-PCR amplified JAK2 fusion gene identified that each replicate had acquired a different mutation within the JAK2 ruxolitinib/ATP binding site. Two previously described mutations, JAK2 p.Y931C and p.L983F, were detected in addition to a previously unreported mutation, JAK2 p.G993A.

All acquired mutations conferred resistance to multiple type-I JAK2 inhibitors, including ruxolitinib, BMS-911543 and AZD-1480. This suggests that JAK2r ALL patients treated with type-I JAK inhibitors may develop resistance through the emergence of mutations within the drug binding site. Computational modelling suggested that JAK2 p.Y931C may reduce ruxolitinib binding affinity by disruption of a critical hydrogen-bond, while JAK2 p.L983F sterically hinders ruxolitinib binding. Importantly, cells with acquired JAK2 p.Y931C and p.L983F mutations were sensitive to the type-II JAK2 inhibitor, CHZ-868, which binds inactive JAK2 in the ATP binding site in addition to an allosteric site 4. This indicates that sequential use of next-generation JAK inhibitors may be effective at overcoming resistance.

As JAK inhibitors progress through ongoing clinical trials for the treatment of ALL, we expect that a subset of patients will acquire JAK inhibitor-resistant mutations in the context of disease relapse. Our work identified that currently available JAK inhibitors are susceptible to resistance mediated by mutations in the JAK2 ATP-binding site. This highlights the importance of monitoring for acquired mutations within the JAK2 kinase domain. In addition to previously described mutations, we identified a novel JAK2 p.G993A mutation that conferred resistance to all tested type-I and type-II JAK2 inhibitors. This mutation was postulated to confer resistance to JAK inhibitors through a unique resistance mechanism that modulates the mobility of the conserved JAK2 activation loop, enabling JAK2 activation in the presence of drug binding. Understanding mechanisms of ruxolitinib resistance, as modelled here, has the potential to inform future drug design and the development therapeutic strategies for this high-risk cohort. 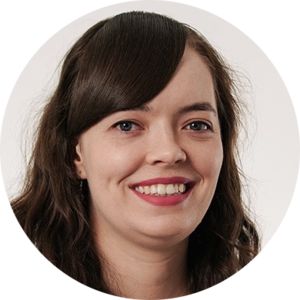 I am a final year PhD Candidate in the Acute Lymphoblastic Leukaemia (ALL) Research Group at the South Australian Health and Medical Research Institute (SAHMRI). Completing my graduate research through the University of Adelaide, my research investigates therapeutic approaches and mechanisms of drug resistance in the setting of a high-risk subtype of acute lymphoblastic leukaemia involving Janus kinase 2 alterations.