Reprogramming the transcriptomic landscape is a metastatic hallmark, but detecting underlying master regulators that drive pathological gene expression is a key challenge, especially in primary bone cancer. Here we have identified a signalling nexus for metastatic progression in osteosarcoma - the MAPK7-MMP9 signalling axis. This is a significant advancement in the field of primary bone cancer, whose survival rates have been unchanged for over 40 years.

Osteosarcoma is the most common form of bone cancer. Around 25% of patients present with detectable metastasis (85% in the lung). Five-year survival with metastatic/relapsed osteosarcoma is 15%.

We used whole tumour plus single-cell RNA-sequencing in primary bone cancer and CTCs to detect coordinated changes in metastatic transcript expression.  MMP9 was taken forward due to its extremely high expression plus recurrent observation across our analyses. However, MMP9 inhibitor drugs have had limited success in patient trials. One explanation for MMP9 drug failure is that targeting the catalytic component of MMP9 is insufficient for effect. Therefore, targeting the MMP9 transcript, preventing protein translation, may show improved outcomes.  We achieved this by targeting MAPK7, the upstream regulator of MMP9 expression.

MAPK7 is a ubiquitous cell signalling protein, which drives metastases in several cancers, so we would likely ‘hit’ several other genes/pathways as well as MMP9.  RNA interference knockdown of MAPK7 in metastatic osteosarcoma cells reduces proliferation, colony formation, migration, tumour growth, and lung metastasis. These effects were driven through downregulation of MMP9 expression, a reduction of activated interleukins IL1B, IL6, IL8 and mesenchymal markers VIM and VEGF and by the reprogramming of the macrophage landscape of both the primary tumour and the metastatic niche (lung).

There are currently no effective MAPK7 inhibitors. Inhibitors targeting the kinase (catalytic) functions of MAPK7 are either ineffective or (as recent work shows) cause paradoxical activation of MAPK7.  To exploit MAPK7 for therapeutic gain we need to develop ways to inhibit all aspects of its function i.e. recapitulate the effects of MAPK7 knockdown.   Achieving this objective and is a current focus of a drug development programme in the Finegan group.

This work was a co-ordinated effort from the Fraser and Finegan labs, driven by Green and Eyre.  It was made possible by a newly formed national network of osteosarcoma researchers called OMeNet.  OMeNet has identified key research strategies to explore and interrogate the metastatic process in osteosarcoma. OMeNet will pave the way for faster and more accurate translation of novel findings and set standards for pre-clinical research into osteosarcoma and other primary bone cancer metastasis. 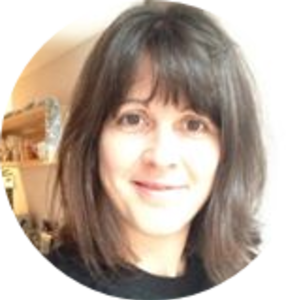