A community from npj Precision Oncology
Contributor
Africa and Cancer

African researchers are rising to the challenges of prostate cancer management!

Prostate cancer (PCa) is the second most common cancer among men globally, commoner and more aggressive in black men. Genetics has a role in the behavior of the cancer. Some African researchers presented abstracts at the 2021 AORTIC conference to validate this point and narrow the knowledge gap. 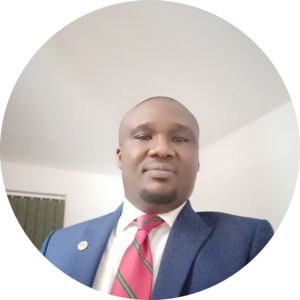 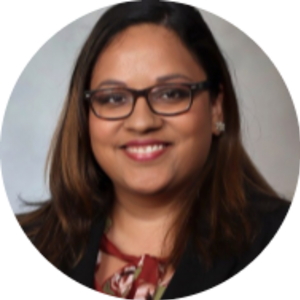 Ahmed et al through a retrospective cross-sectional study did a “comparison of clinicopathologic features of prostate cancer between Nigerian and South African black men” between 2007–2017. The relationship between the disease and socio-demographic characteristics alongside medical co-morbidities in 234 men was analyzed.

The median age in both countries was 66years while the median PSA was 46ng/ml. 50% of the men had the locally advanced disease while others had metastatic disease. Of the metastatic disease, Nigerian men presented at this stage in 2/3 of the overall cases. About 84% were risk-stratified into high risk, and again the majority of Nigerian men have a higher risk at presentation.  Based on Logistic regression analysis, age and country of residence had a statistically significant relationship with high-risk PCa while disease co-morbidities and rural/urban location in both countries did not.

Dogo observed that almost all the respondents were aware of PCa except just a few (4%) who were not. More than two-thirds were aware of prostate cancer screening, and greater than half correctly identified the methods of screening which are PSA assay and/ or DRE. Advanced age is the most common risk factor noted by the respondents.

Ramaliba and colleagues in South Africa studied the trends of prostate cancer incidence in selected magisterial areas in eastern cape province, South Africa, 1998-2017. This is based on the fact that PCa is the leading cancer diagnosed in South Africa and little is known about the incidence in the rural populations in the Eastern Cape Province.

They concluded that there was a significant increase in incidence trends over 20 years period of 1998-2017 in the Eastern Cape with variations across the surveillance area. Lusikisiki accounts for the highest incidence rates compared to other magisterial areas. It is not clear whether the increase is associated with awareness and increase in screening or changing lifestyle in this population.

Michelle Madzudzo studied dosimetric comparison of four three-dimensional conformal radiotherapy techniques for prostate cancer, a planning study at Parirenyatwa hospital to determine the most effective technique for sparing the rectum, bladder, and femoral head while keeping adequate dose coverage of the PTV.

Twenty-four patients with prostate cancer already treated using the 4 field techniques underwent 3, 5, and 6 field planning. Plans were generated on eclipse Treatment planning system using AAA algorithm and at machine energy 6MV or 10MV. The PTV was defined as a prostate gland with 10mm margins around Clinical Target Volume. CTV is the prostate gland except for the posterior margin (prostate gland anterior part where the rectum wall where 5mm margin is applied). For each patient OAR was outlined, rectum, bladder, right femoral head. The following plans were made with beam angle orientations 3 field (0, 120, 240) 6 field (45, 90, 135 ,225 ,270, 315) 5 field (0, 90, 110, 250, 270,) and compared with the already existing 4 field (0,90,180,270).

All dosimetric parameters were analyzed qualitatively and quantitatively using standard dose-volume coverage, homogeneity, and conformity. PTV coverage was evaluated with D-min, D-mean, and D-max dose to PTV. Dose homogeneity was assessed using the Homogeneity Index and conformation of the PTV coverage was estimated using the Conformity Index. Normal tissue avoidance of OAR (bladder, femur, rectum) was evaluated with V50, V70 for rectum, V50, V70 for bladder, V50 for the femur.

ANOVA statistical methods were used to verify the significance of the difference between the treatment plans and all 4 plans differed slightly in measured parameters and none of them have statistically significant differences.

Dr Hamid Olanipekun is a urologist with a special interest in urological oncology particularly prostate, bladder, and kidney cancers. Hamid is a  fellow of West African College of Surgeons and a master scholar of African Behavioural Research (ABER). He had training in Health Disparities and Community Engagement Research. Currently, a  Urology fellow at Royal Berkshire  Hospital, United Kingdom. His research focus is reducing the morbidity and mortality of prostate cancer and bladder cancer in LMIC using the community engagement research approach.

Dr. Manisha Salinas is a behavioral scientist with a focus on health disparities research and public health. Her doctoral training was in health promotion and community health science from Texas A&M University. She is currently a Research Fellow at Mayo Clinic and works within the Center for Health Equity and Community Engagement Research, as well as the Department of Hematology and Oncology. Her research has focused on improving health promotion strategies to underrepresented populations through community-based approaches, addressing disparities, and advocating for health equity through translational science.

Back to Africa and Cancer
Next

“AORTICʼs mission is to transform cancer control in Africa through collaboration in education, research, and the delivery of equitable and timely interventions to minimise the impact of cancer.”

+1
Manisha Salinas and 1 other
Contributor
Africa and Cancer

“The biennial AORTIC International Conference on Cancer in Africa is the definitive event on the African health calendar, enabling the exchange of ideas and the opportunity to learn from oncology leaders from all over Africa and around the world.”

The Crossroads of Cancer Care and Behavioral Research: A Commentary on the State of Cancer Care in Nigeria by Matthew Dickson, PharmD, MS & Motolani Ogunsanya, DPh, PhD

"One important caveat to improving health by behavioral approaches is that successful implementation depends on an engaged population."

Manisha Salinas
Why are metastatic cancer patients dying too early in Africa and other LMICs?
Contributor
Africa and Cancer

Why are metastatic cancer patients dying too early in Africa and other LMICs?