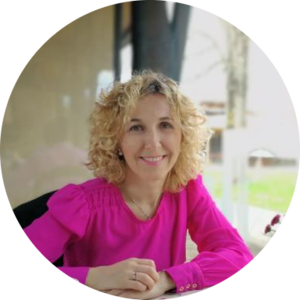 Metastasis is the spread of cancer cells around the body and is the cause of a large number of deaths. Malignant melanoma is a highly aggressive cancer due to its metastatic potential and resistance to current therapies. While invasive melanoma cells use different modes of migration to disseminate around the body, amoeboid type of migration -driven by high Rho-ROCK1/2-Myosin II activity- is prominent in the invasive fronts of human and mouse melanomas. Epithelial tumours undergo epithelial to mesenchymal transition (EMT) to become invasive, while melanoma cells have been described to switch between proliferative and invasive states. Although melanoma is a non-epithelial tumour, this switch resembles EMT-like behaviours and has been associated with the acquisition of cancer stem cell-like properties. These observations led to the hypothesis that cells using different modes of migration could also harbour different cancer stem cell potential linked to engagement with EMT-gene programs.

First we found that amoeboid invasive melanoma cells express genes previously linked to cancer stem cell properties and to EMT programs. As such, enrichment of melanoma cell populations with self-renewal ability results in an enrichment of cancer cells with amoeboid features such as high cortical Myosin II activity, cell rounding and membrane blebbing. Although tumour-initiating cells are described to be in a slow proliferative state, we show that amoeboid melanoma cells with high Myosin II activity also harbour high levels of ki-67, they are associated with increased spheroid formation in vitro and with increased tumour initiation capacity in vivo.

The next question we asked was if ROCK1/2-Myosin II in amoeboid cells supported -not only invasive properties- but also cancer stem cell behaviour via regulation of EMT genes. We found that in melanoma, ROCK1/2 regulates EMT-related genes that, in return, control amoeboid features (cytoskeletal remodelling, 3D invasion and cancer stemness). Mechanistically, we found that -as a part of an EMT program- non-canonical Wnt ligands WNT11/5B activate FZD7-DAAM1-RhoA axis to control melanoma initiation and invasion by promoting ROCK1/2-Myosin II driven amoeboid behaviour.

Since amoeboid melanoma cells were both proliferative and invasive in vitro and in vivo, they pose a great danger for melanoma patients and markers of amoeboid behaviour would be useful to predict metastasis risk. WNT11-DAAM1 signalling plays a key role in neural crest formation and migration, we highlight here another example of cancer cells hijacking a developmental program to become aggressive. We suggest that amoeboid melanoma cells sustain the expression of an EMT and cancer stem cell-related gene signature to successfully grow and metastasize. We showed that the invasive fronts of human primary melanomas are enriched in amoeboid invading and proliferating cells expressing non-canonical Wnt and cancer stem cell-related markers. High expression levels of cancer stem cell marker ALDH1A1 in the invasive fronts of human melanomas were associated with worse prognosis in patients. Importantly, we found that metastatic melanoma lesions recapitulate the behaviour of primary tumours- that is the invasive front is enriched in amoeboid cells expressing cancer stem cell and non-canonical Wnt markers. 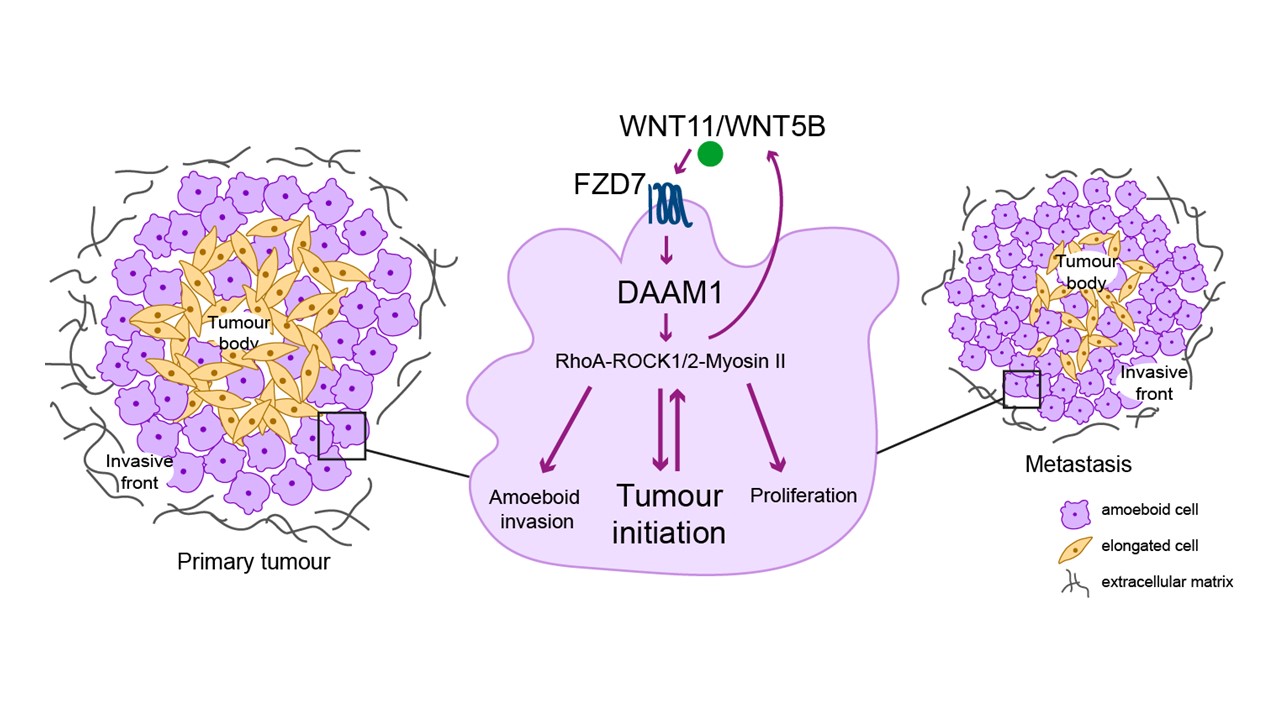 In summary, we have unveiled how WNT-FZD7-DAAM1 signalling in amoeboid cells supports tumour-initiating potential, local invasion and distant metastasis formation. We propose that the invasive fronts of melanoma tumours are areas with important prognostic features that pathologists should carefully evaluate. Furthermore, after surgical melanoma lesion removal, we suggest inhibiting non-canonical Wnt signalling to eradicate aggressive amoeboid behaviour at the edge of tumours.