We sought to find a therapeutic target in the healthy cells of the Glioblastoma environment that may unleash the potential of immunotherapy. We found that CaMKK2 has pro-tumor roles in Glioblastoma, specifically that neuronal CaMKK2 promotes tumor progression and immunotherapeutic resistance.
Billy Tomaszewski
PhD Student, Duke University
Follow
Like Liked by Evelina Satkevic and 2 others
0

Through surveying the literature and corresponding with our collaborators, we identified a potential target called Calmodulin Kinase Kinase 2 (CaMKK2). CaMKK2 is an enzyme that is abundant in cells with well-understood pro-tumor functions. Neurons and an immune cell, called macrophages, have large amounts of CaMKK2, and are known to support tumor growth. To determine whether CaMKK2 had tumor-supporting roles in Glioblastoma we used preclinical models of Glioblastoma and genetically engineered mice that had the CaMKK2 gene deleted. We found that mice that lacked CaMKK2 survived Glioblastoma longer, and some of them even completely eradicated their tumors. We were also very excited to find that mice lacking CaMKK2 also responded to checkpoint blockade therapy, whereas mice that had CaMKK2 did not. This indicated to us that CaMKK2 had roles in reducing survival in Glioblastoma as well as promoting resistance to checkpoint blockade.

After finding out that mice lacking CaMKK2 did not survive as long, we then wanted to determine why. In order to investigate this, we used techniques that allowed us to look at what individual cells were doing in the tumor. This led to us finding out that CaMKK2 had roles in preventing T-cells from entering the tumor, causing their exhaustion, and causing macrophages to display characteristics that were associated with checkpoint blockade resistance. This helped us understand why mice lacking CaMKK2 survived longer. However, we still did not understand which cells CaMKK2 was acting in to elicit these pro-tumor effects.

Because CaMKK2 was highly expressed in macrophages and we knew they had pro-tumor effects, we deleted CaMKK2 in just Macrophages to see if the mice would survive Glioblastoma longer. To our surprise, deleting CaMKK2 in macrophages had no effect. Although it seemed like a long-shot, we deleted CaMKK2 in neurons because we knew CaMKK2 was also highly expressed in these cells. This seemed unlikely to work because there have not been any documented immunosuppressive effects of neurons in Glioblastoma. Gratifyingly, we found that when CaMKK2 was deleted in only neurons the mice survived longer and responded to checkpoint blockade therapy.

In conclusion, we found that CaMKK2 reversed a few key factors that cause resistance to checkpoint blockade therapy, that CaMKK2 causes mice to succumb to Glioblastoma faster, and surprisingly that neurons are either directly or indirectly mediating these effects.

These results were very exciting because we identified a potential therapeutic target in Glioblastoma and an interesting new mechanism for checkpoint blockade resistance. Current inhibitors of CaMKK2 do not cross the blood brain barrier, and are unlikely to be effective. However, if a blood brain barrier penetrant CaMKK2 inhibitor were to be developed, we would expect that it may improve survival as a monotherapy and have a synergistic effect with checkpoint blockade therapy in Glioblastoma.

There is also an exciting new area of research that looks at how neurons promote the growth of tumors termed cancer neuroscience. This field has primarily focused on how the electrical activity of neurons makes some tumors grow. In our manuscript, we identified roles for neurons in promoting resistance to checkpoint blockade, which suggests there is an intersection between cancer neuroscience and cancer immunotherapy.

How CaMKK2 in neurons promotes tumor growth and immunotherapeutic resistance, as well as whether CaMKK2 inhibitors can be effective in preclinical and clinical settings are exciting areas of future research. 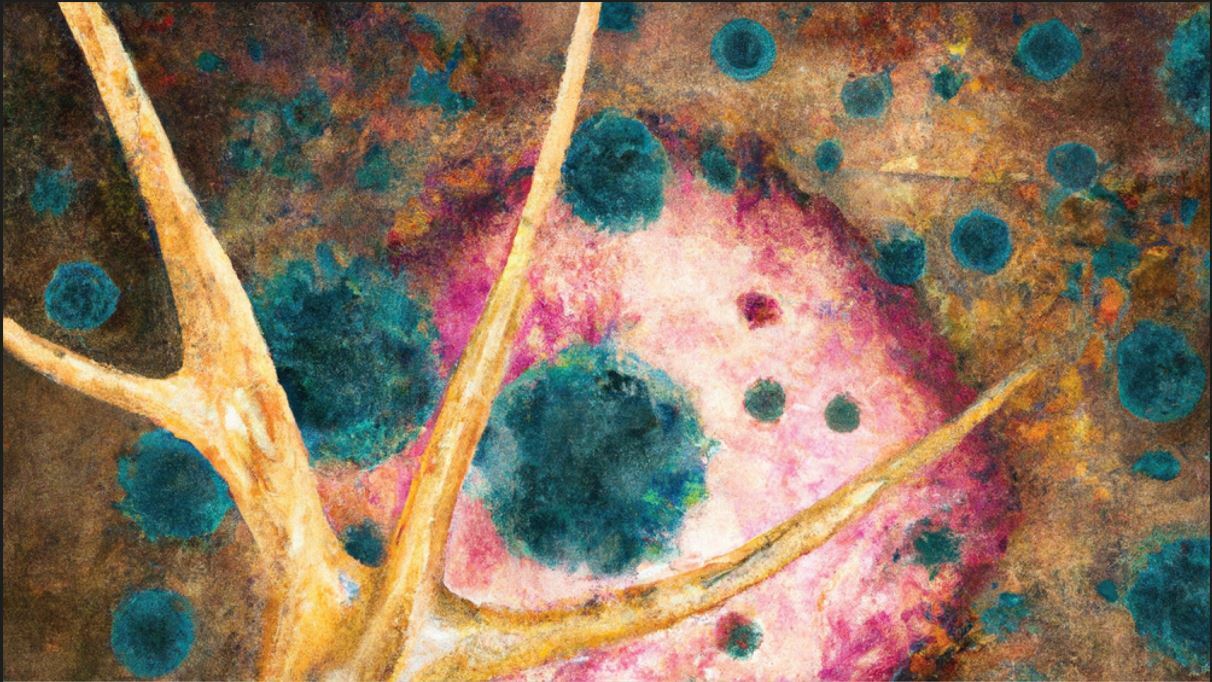 We sought to find a therapeutic target in the healthy cells of the Glioblastoma environment that may unleash the potential of immunotherapy. We found that CaMKK2 has pro-tumor roles in Glioblastoma, specifically that neuronal CaMKK2 promotes tumor progression and immunotherapeutic resistance.