Chromosomal instability (CIN) is a hallmark of cancer and has been associated with a highly metastatic phenotype in numerous cancers. We identified a novel function for APOBEC3A in the initiation of CIN featuring enhanced, STING-dependent, distant organ seeding, and metastatic growth.

Pancreatic ductal adenocarcinoma (PDAC) is a near uniformly lethal cancer, characterized by striking genomic complexity, early metastatic propensity, and recalcitrance to therapy. The majority of patients present with disease that has spread beyond the pancreas, at which time curative treatment is no longer available. Identifying the molecular underpinnings of PDAC driving this aggressive biology is critical for developing new treatment approaches and improving outcomes.

Chromosomal instability (CIN), a hallmark of cancer, has been associated with the acquisition of a metastatic phenotype in numerous cancers 1,2. Mechanisms by which these genomic events occur during the lifespan of a neoplasm have yet to be fully delineated. More recently, large-scale tumor sequencing studies have supported the hypothesis that specific cell-intrinsic mechanisms may contribute to genomic instability among cancer cells. In studies from the International Cancer Genome Consortium (ICGC) and The Cancer Genome Atlas (TCGA), multiple mechanisms for mutagenesis in cancer cells have been implicated. One of the most common associations observed across tumor types is single base substitution signatures 2 and 13 (SBS2/13), corresponding to point mutations arising from APOBEC cytidine deaminases3-6.

The APOBEC3 cytidine deaminase gene family consists of 7 members (A3A-A3H) in humans, all sharing a cytidine deaminase domain which catalyzes the deamination of cytidine to uracil in single-stranded DNA7. While their endogenous function is to play an important role in the innate immune response to human pathogens8 and to provide a first-line defense mechanism for exogenic retroviruses, such as HIV-1, HPV, and endogenic retroelements like LINE-19 and Alu retrotranspositions 10, APOBEC3 mutagenesis and overexpression are frequently found in multiple solid tumors11-14.

In our study, we demonstrate that A3A is not routinely detected in non-diseased pancreata; however, expression was detected in the epithelial and stromal compartments from patients with chronic pancreatitis and in precursor lesions of PDAC and is further significantly increased in invasive neoplasia. Strikingly, we found that A3A expression but not A3A-induced mutagenesis was associated with a significantly reduced overall survival in PDAC.  By employing a variety of genetic tools, we identified a novel function for A3A in initiating CIN, underscoring its potential role in driving the observed early metastatic propensity in PDAC. Using a series of in vivo and in vitro models, we demonstrate that A3A-induced CIN leads to aggressive cancer, featuring enhanced, STING-dependent, distant organ seeding, and metastatic growth. As a consequence of aberrant A3A function and CIN-mediated upregulation of STING, NfkB and Stat3 pathways were activated. More importantly, all these effects were independent of the deaminase domain, underscoring a novel role of A3A beyond its established canonical function. Remarkably, in a novel autochthonous murine model of PDA expressing human A3A, we identified numerous copy number changes, homologous to those altered in A3A overexpressing patient tumors, including deletions in DNA repair pathway genes. While we showed that A3A-expressing PDAC cells do not fully phenocopy a BRCA mutation-like phenotype, A3A-expressing PDAC cells are exceptionally sensitive to PARP inhibition and DNA cross-linking agents, recapitulating a state of “chemical BRCAness”.  The combined effect of deletions in these genes has yet to be ascertained, and we hypothesize that these losses further add to ongoing DNA damage overall in PDAC. Future studies will not only seek to dissect the novel mechanism by which A3A may produce more aggressive PDAC but will also determine if specific vulnerabilities connected to A3A expression can be exploited to improve treatment outcomes for patients with this deadly disease. 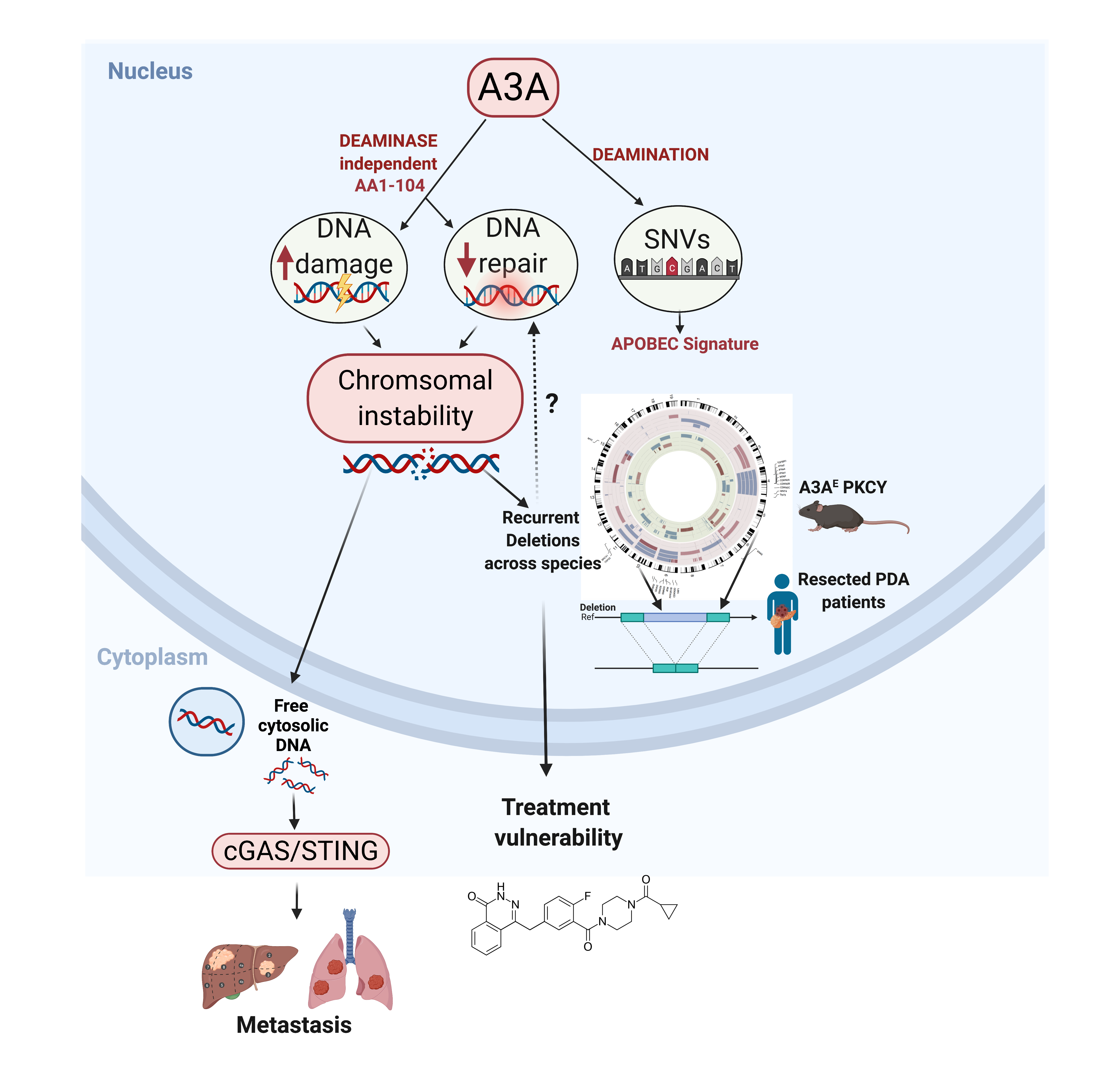 Our study indicates an important and hitherto unrecognized role of A3A in PDAC, by showing that A3A drives metastasis and specific deletions through a deaminase-independent initiation of Chromosomal instability (CIN) with potential implications for targeted treatment strategies across a multitude of cancers. While the exact mechanism of how A3A drives CIN independently of its deaminase domain remains incompletely understood, we found that the effects of PARP and platinum inhibition are A3A-dependent. We further established the mechanistic basis for A3A activity enhancing metastatic seeding of PDAC. We found, that A3A initiates CIN and that activates the cGAS/STING pathway to enhance metastatic seeding in PDAC. (Created with BioRender.com). 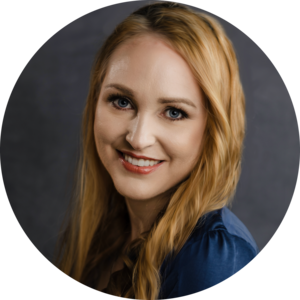