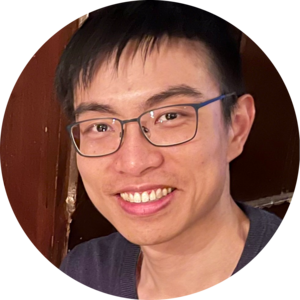 Mutations are mainly responsible for cancer development and growth. In recent years, there is a growing interest in deciphering mutational signatures which use every somatic point mutation in the cancer genome to explore tumor mutational processes and classify tumors. This project begun with an interest to identify an alternative signature set to exploit the power of nearby nucleotide information ignored by the COSMIC SBS mutational signatures, now referred as the extended NxSxN SBS-signature in our publication. The extended NxSxN SBS-signatures use one nucleotide apart from the trinucleotide context (NxSxN vs NSN), where S is the single base substitution, x are the neglected bases, and Ns are the nucleotides around the substitution. Using this motif we could identify a new set of mutational signatures.

We then faced a difficult question by having a brand-new set of mutational signatures: How does it compare to the COSMIC signatures? What can we learn about the tumor mutational processes by applying these signatures?

After modelling these dependencies, we created sigDriver, a tool specialized in using mutational signatures to discover driver mutations. Astonishingly our tool is able to reproduce known drivers such as TERT, PIK3CA, PTEN while providing information on which mutational signature(s) they present the strongest association. Meanwhile, our tool provides a different perspective to driver discovery in the non-coding region. sigDriver takes a search-then-annotate approach, which means the driver search is not bounded by databases about (non-)coding elements but searches across the whole genome in an unbiased fashion. Our analysis on a cohort of 3813 whole genome sequenced tumors revealed putative driver mutations on the coding region affecting genes such as MAPKAPK2, PLEKHS1 and ADGRG6.

If you are curious whether sigDriver or our mutational signatures can provide new insights into your dataset, try it out: https://github.com/wkljohn/sigDriver. For the full manuscript presenting the candidate driver mutations and a detailed description of you approach please read our publication.