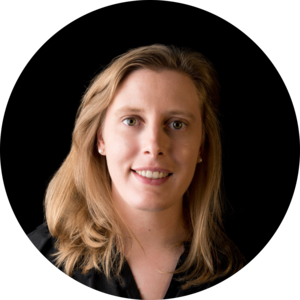 Chronic pancreatitis represents a risk factor for the development of pancreatic cancer. Unlike hereditary pancreatitis due to germline mutations in genes that regulate exocrine pancreas homeostasis, somatic genetic alterations that predispose to chronic inflammation and malignant transformation of the pancreas remain unknown.

To answer this question, we interrogated the pancreatic adenocarcinoma (PAAD) cohort from The Cancer Genome Atlas (TCGA), a repository of genomic, transcriptomic, proteomic, and relevant clinical data. We found that patients with a history of chronic pancreatitis associated with loss of heterozygosity (LOH) for several genes involved in DNA damage response (DDR). Among them, BAP1 (BRCA1 associate protein-1) stood out as the most frequently altered gene, exhibited LOH in over a quarter of patients, and low expression correlated with a poor clinical outcome. Metanalysis of additional cohorts confirmed these findings and also revealed BAP1 LOH in about half of patients diagnosed with acinar cell carcinoma (ACC), a rare subtype of pancreatic cancer that lacks KRAS mutations.

BAP1 is a multifaceted protein and the catalytic subunit of the Polycomb Repressive Deubiquitinase (PR-DUB) complex which deubiquitinates histone H2AK119 to regulate developmental pathways. Intriguingly, BAP1 is also directly phosphorylated by ATM upon DNA damage and is required for efficient assembly of homologous recombination repair factors BRCA1 and RAD51 at IR-induced foci to promote error-free repair of DNA double-strand breaks. In few described families, BAP1 germline mutations cause a tumor predisposition syndrome inherited in an autosomal dominant pattern, that confers a higher risk for developing a spectrum of benign and malignant tumors—such uveal melanoma, mesothelioma, clear cell renal carcinoma, as well as pancreatic cancer.

Although the PAAD-TCGA cohort provides a snapshot of the molecular etiology for each patient, it was unclear whether LOH for BAP1 is causatively linked to chronic pancreatitis and pancreatic cancer. To answer this question, we developed pancreas-specific Bap1 conditional knockout mice in the context of oncogenic Kras, the most common mutated gene in pancreatic cancer. We discovered that Bap1 loss was sufficient not only to induce acinar-to-ductal metaplasia (ADM) and pancreatitis in mice with full penetrance (Fig. 1), but in some pancreata we also observed areas with histological features reminiscent of acinar cell carcinoma. On the other hand, compound Bap1 and Kras mutant mice presented with aggressive pancreatic cancer and shortened survival that developed from Intraductal Papillary Mucinous Neoplasms (IPMN) and Mucinous Cystic Neoplasms (MCN), but rarely from Pancreatic Intraepithelial Neoplasms (PanIN), the most common route to the formation of pancreatic ductal adenocarcinoma. Gene expression and ChIP-seq studies revealed that BAP1 regulates DNA repair mediated by Homologous Recombination (HR) through direct interaction with BARD1, a BRCA1 interacting protein. This discovery ultimately led us to refine our research toward exploring the response of BAP1 deficient tumors to treatments that induce DNA damage and found to be sensitive to platinum-based chemotherapy and irradiation.