Anaplastic large cell lymphoma (ALCL) is a type of lymphoma, a cancer of the blood that occurs primarily in children and young adults. The current study shows that a specific type of protein called BATF3 and the genes it controls expression of, play a key role in the growth of the tumour cells.

Our group always worked on blood borne diseases and in 2010 we also started to work on Anaplastic Large Cell Lymphoma (ALCL) which is an acute, mature T-cell lymphoma. We were the first to describe deregulated microRNAs in this disease and described functional consequences of this deregulation in the same paper (Merkel PNAS 2010). Since ALCL is a rare disease and we wanted to have ample exchange with other groups we founded the European Research Initiative on ALK related malignancies (ERIA) in 2010. We have had yearly meetings ever since, however, had to suspend them during the COVID-19 crisis, but are planning a new meeting to be held in Vienna, Austria, in June 2022. Together with Suzanne Turner from Cambridge and Lukas Kenner from Vienna we received funding from the European Union's Horizon 2020 Marie Skłodowska-Curie Innovative Training Networks (ITN-ETN) for a project entitled ”ALKATRAS“ - ALK Activation as a target of TRAnslational Science in 2016. This grant allowed us to hire Huan-Chang Liang, who is the first author of our current Nature Communications paper. He transferred to Vienna from the Imperial College in London. He did not have much experience in cancer biology, but we had no sooner started to knock out BATF3 transcription factor in ALCL cell lines than we realized that this had a tremendous effect on cell growth, suggesting that this was an important protein in the disease. Our interest in BATF3 was further piqued by the detection of NPM-BATF3 fusions in ALCL patients, the highly disease specific expression, and our own expertise in the field of AP-1 transcription factors. The AP-1 family of transcription factors including JunB, cJUN and BATF3 had been previously shown by Stephan Mathas to be highly expressed in ALCL but also in the B-cell type Hodgkin Lymphoma. We figured out that, given the importance of BATF3 for the disease and its high expression, it may reside in a so-called super-enhancer region of the genome. This led us to get in touch with our former PhD student Nicole Prutsch who is presently working as a postdoctoral fellow at the Dana Farber Cancer Center in Boston with Prof. Thomas A. Look. By analysis of the H3K27 Histone acetylation on a genome wide level which was carried out by Nicole we found that in all 6 cell lines analyzed but also in primary ALCL patient samples BATF3 was indeed residing in a super-enhancer region. Moreover, we also performed a genome wide binding assay for BATF3, a BATF3 ChIP, and found that BATF3 was binding to its own promoter, thus creating a feedback loop. When we monitored genes whose expression was altered by BATF3 knockout, one of the most prominent genes was the IL-2Rgamma. This prompted us to look at the other members of the trimeric IL-2 receptor and found that all three subunits where highly expressed in ALCL, and that IL-2Ralpha and -beta, in contrast to IL-2Rgamma, were direct targets of BATF3. IL-2 is the key interleukin that is released after T-cell activation, and we could show that IL-2 promoted the growth of the neoplastic ALCL cells. The view of the important function of IL-2 for ALCL growth is supported by the high expression of all three IL-2 receptor subunits in more than 80% of ALCL patients, suggesting active ongoing IL-2 signaling. Another closely related cytokine known to share two subunits with the IL-2 receptor is IL-15.

In a healthy individual IL-2 has a unique function to suppress autoimmunity, whereas IL-15 is responsible for the survival of memory T-cells and thus enables long-term immune recognition. In contrast to IL-2, which was almost absent in neoplastic ALCL cells, we could show that IL-15 and its receptor were expressed by ALCL cells, suggesting an autoregulatory feedback loop. IL-15 can also stimulate the growth of ALCL cells and activates the same downstream targets including STAT1, STAT5 and ERK. Finally, in an international effort that was enabled through the collaboration with centers in Hamburg, Brno, Lausanne and Paris we could show that high IL2Ralpha expression was correlated to a negative prognosis both in pediatric and adult ALCL patients. This again supports the importance of IL-2 and its downstream effectors in ALCL. But how can we use this knowledge to improve treatment for ALCL patients? While we were writing this manuscript together we became aware of ADCT-301, a new monoclonal IL-2Ralpha antibody that is linked to a pyrrolo-benzodiazepine, thus allowing for targeting the drug toward the CD25 expressing tumor cells only. When we tested this drug on cell lines we saw striking specific activity in low nanomolar concentrations, and in murine ALCL models we could show that one shot of ADCT-301 was able to strongly reduce tumor growth, suggesting that clinical trials with this drug would be of great interest.

Now we are following up on these findings, trying to find inhibitors for BATF3 or members of the BATF3 complex, such as JunB and IRF4.

Why have we been able to put all this together? I reckon it must have been the relations we have been able to establish in 10 years of ERIA meetings to all the ALCL researchers in Boston, Torino, Monza, Tuebingen, Cambridge, Hamburg, Lausanne, Paris, Berlin and Vienna. It was also the persistency and systematic and organized way in which Huan Chang-Liang pursued his tack all these years to decipher the role of IL-2 and BATF3 in ALCL, and finally it was a culture that openly discusses any occurring problems in an atmosphere of mutual trust and respect. 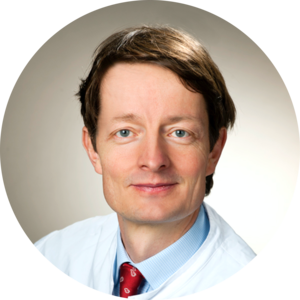