+1
Yura Grabovska and 1 other See all
Bioinformatics Officer, The Institute of Cancer Research, London
Follow 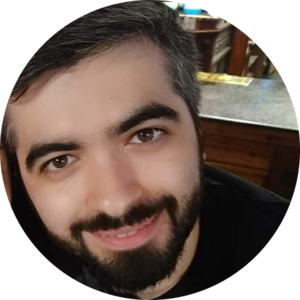 It was supposed to be a two-week project. “Why not give it a go? We have the data. We’ll set up in my office It will only take two weeks and we’ll blast through it together”...

Dan had been to a Rhabdoid Tumour meeting in Lake Louise, Canada and had heard mention - in passing really - of an algorithm “methylCIBERSORT”. It was unpublished at that point but helpfully detailed on biorxiv*. The original “CIBERSORT” algorithm had been around for some time, you provide pure cell reference profiles and then estimate the content of those cell types within a single bulk expression profile. The interest was in applying this to estimate the content of infiltrating non-tumour cells within tumour expression profiles. The implication, obvious from the name “methylCIBERSORT”, was that this was capable of something similar but using methylation profiling data. Whilst studying paediatric CNS tumours we had generated or had access# to some expression profiling data but had a lot of methylation data; over 6000 individuals to be precise.

Returning home unusually enthused, Dan set about arm twisting Yura (3rd year into a PhD, at the time) to put what he was currently doing on hold for two weeks. The trick would be tweaking the recipe a bit to find the best set of pure cell reference profiles to approximate the types of cells we might find within childhood brain tumours. Simple!

The following fortnight of focused work and close confinement was of a type that post-Covid seems a distant dream. A dream turned to nightmare of the office bin which bulged with two weeks worth of discarded takeaway wrappers we were too “focused” or lazy to remove.

Emerging with much of the analysis done and the scripting finished seemed like a victory. Estimates of tumour immune microenvironment in several thousand CNS tumours sounded impressive, surely these results would amount to something (NB: they did and there is such a lot it’s probably best to read the paper). Nevertheless, it was over a year later before a publication was submitted. What was going on during that time? The short answer was - fussing; in the best possible scientific tradition. A lot of second-guessing our parameters, performing validations, adding extra data where we could, arguing over the correct shade of mauve to represent a CD8 T cell. Most importantly though, was adding the biological and clinical context to really make the data sing - the tumour profiles on their own meant next to nothing -  this is the aspect most attributable to the other co-authors and the INSTINCT network¶ as a whole.

Now that the paper is published what has been added? What comes next? Methods of estimation will improve in accuracy and sensitivity, clustering and subgroups will be re-evaluated. Ultimately, the use of single-cell technologies will become more widespread and probably make estimates by deconvolution redundant. All this is expected in time. For the moment, what is established here are some broad concepts. That within paediatric CNS tumours the nature of the tumour immune microenvironment is shaped (but not exclusively dictated) by tumour type, pathology, molecular subgroup and key molecular features (mutations/gene amplifications). Furthermore, there are commonalities in tumour immune micro-environment which cut across tumour types such that a patient may simultaneously belong to a given molecular subgroup and also independently to a particular immune subgroup. Finally, that extracting information about tumour immune micro-environment gives access to previously unknown prognostic information independent of conventional molecular subgroups. Each of the above, may in time have implications for clinical management particularly with regards to using immune-therapies.

Gratitude and thanks go to the INSTINCT network. Behind this paper, obscured by the straplines, are teams of pathologists who curate and collect, clinicians who treat and document, families who donate and consent, lab techs who bank and process. The team sheet is very long and they have been playing the game for years. Farsightedness and long-term commitment from researchers, funders and supporters is -for certain- an undervalued resource and has been a huge boon for us. It takes more than two weeks and a bucket of KFC.

# thanks to the wider childhood brain tumour research community who dutifully fill up GEO with their published data.