Benjamin Simpson et al. use publicly available cancer genomic data to investigate copy number changes at the 3q26.31–32 locus, which has been associated with aggressive prostate cancer based on single-nucleotide polymorphisms. They find that gains of NAALADL2 and TBL1XR1 in this locus are associated…

Recent years have seen the most extensive efforts to completely map the genetics of any known disease, in the form of the ICGC/TCGA Pan-Cancer Analysis of Whole Genomes Project (PCAWG)1. The data emanating from this resource is huge, and we aimed to utilise this resource to explore in greater depth, a region surrounding NAALADL2, a gene we had previously associated with a pro-metastatic phenotype in prostate cancer2.

NAALADL2 is a curious gene

Scientists love a good mystery, and NAALADL2 exemplifies the word ‘mysterious’. NAALADL2 is a 1.37Mb gene (approximately 45 times larger than the average) located on chromosome 3 (3q26.31)3,4. NAALADL2 has 12 splice variants (as defined by Ensembl), as gene length is also known to correlate with the number of transcript variants5,6. This giant gene shares 25%–26% sequence identity and 45% sequence similarity with the glutamate carboxypeptidase II family, which includes the widely studied prostate cancer marker PSMA (FOLH1/NAALAD1)7. While related to the peptidase M28 family, NAALADL2 seemingly lacks the zinc-binding active sites commonly found in this family, suggesting it has lost hydrolase activity and may even be functionally inactive3.

So, what does NAALADL2 do?

The truth is no one really knows. Cornelia De Lange syndrome is a developmental disorder associated with microcephaly and cognitive deficits8 and NAALADL2 has been shown to be severed by a Cornelia De Lange-associated translocation breakpoint in the genome3. Other studies have linked it with Kawasaki’s disease, a congenital form of vasculitis, where blood vessels become inflamed throughout the body9,10. However, the function of NAALADL2 in these diseases and in normal function remains elusive.

There have been a number of studies linking NAALADL2 to cancer in genome-wide association studies (GWAS) in breast, liver, lung and prostate cancers11-14. Our own group found NAALADL2 to be upregulated in the tissue of multiple tumour types, but particularly in colon and prostate cancers where it is highly expressed compared to normal tissues2. This same study found that protein expression increases with stage and Gleason grade2 and that overexpression of NAALADL2 increases adhesion to collagen and fibrinogen and enhances the cells ability to grow and invade2.

NAALADL2 is surrounded by oncogenes15. Immediately adjacent is TBL1XR1 a known oncogene recently implicated the immune response13,16. As genetic copy-number gains have been shown to increase certain genes expression through ‘gene dosage’ we aimed to look at a more physiologically relevant context than cell lines, in which NAALADL2 expression may increase. We had four major aims when beginning this study: to further explore NAALADL2 as a potential driver of prostate cancer aggression, to examine focal copy-number alterations in this region with respect to the surrounding genomic location, to recognise the consequences of genomic changes on mRNA expression and finally, to confirm the results of smaller studies. The details can all be found in the paper. 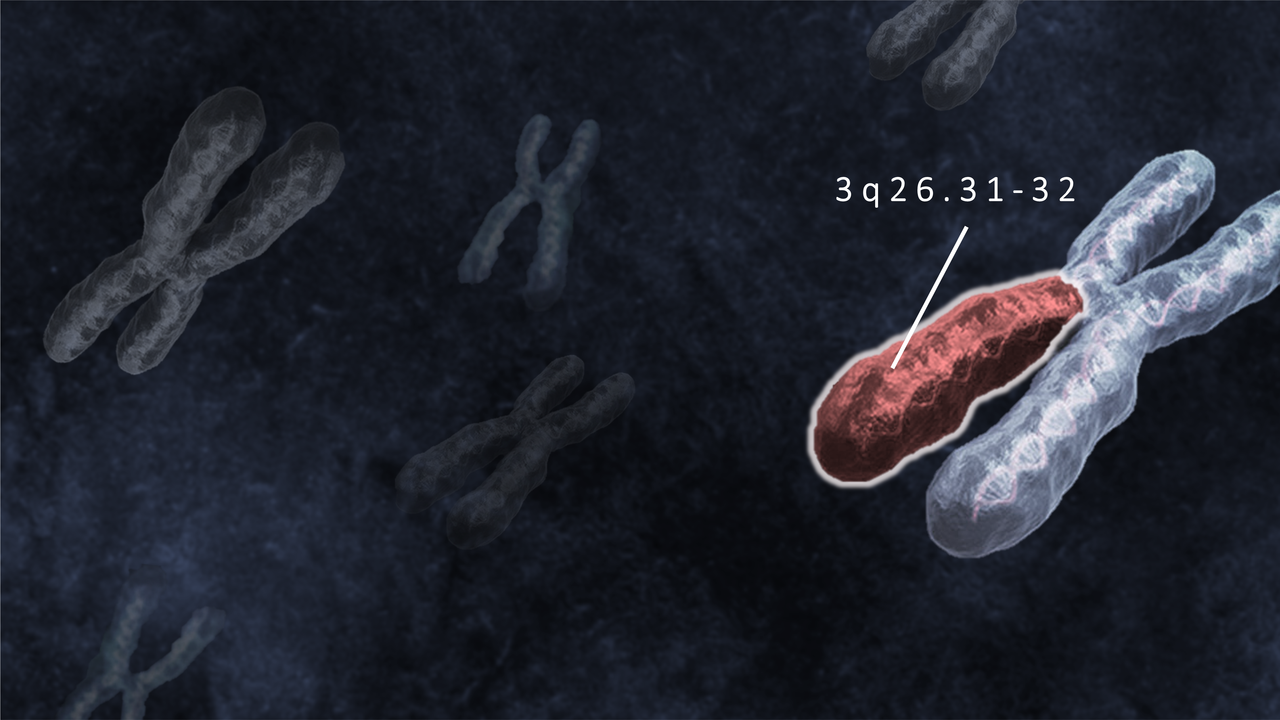