The E3 ligase murine double minute 2 (MDM2) is an important negative regulator of p53, targeting the tumor suppressor for degradation by the proteasome. In the autoregulatory loop formed by the MDM2-p53 interaction, p53 binds to MDM2, leading to increased MDM2 expression and, subsequently, increased levels of the MDM2 protein. MDM2 then blocks its own p53-mediated transcription and that of other target genes. In addition to p53 degradation and alterations of its transcriptional activity, MDM2 can facilitate p53 modifications that lead to its nuclear export. Thus, the targeting of p53-MDM2 binding represents a possible means of treating cancers with wild-type p53 or where p53 mutations have not eliminated the tumor suppressor activity of p53 (Figure). The concept of p53-MDM2 inhibition as the basis for anticancer treatment was first considered in the 1990s, and nutlin molecules (inhibitors of p53-MDM2 binding) were identified and developed during the 2000s. Early nutlin compounds showed promising anticancer activity but had insufficient potency to be clinically useful. Newer compounds (e.g., idasanutlin) are more potent and selective. Preclinical data and early results from clinical trials of MDM2 inhibitors are promising, as evidenced by the increasing number of these agents entering the clinic.

In our recent review, published in Leukemia, we provided an overview of MDM2 inhibitors under investigation in preclinical and clinical studies. We were excited to explore the studies underway and published data in this field. To maintain a reasonable number of molecules to review and to highlight those molecules with available or soon-available clinical data, we focused on those with ongoing clinical trials per ClinicalTrials.gov. Publicly available molecule information was gathered from PubMed and major congress records. Although we expected our search to reveal numerous publications, the breadth and number of available publications was extensive. To keep the scope of our manuscript manageable, we limited our review by date (for congress records) and by focusing on hematologic malignancies where possible. When data in hematologic cancers were not reported, we described preclinical and clinical findings in other cancer types. Available safety data are reported regardless of cancer type. Potentially synergistic combination regimens are also discussed. Although the potential mechanisms underlying resistance and sensitivity to MDM2 inhibition therapy as well as biomarkers of MDM2 inhibitor activity are inherently interesting and worthy of review, they were beyond the scope of this work due to the amount of available preclinical data.

Support for MDM2 inhibition as a therapeutic approach is evidenced by the growing number of MDM2 inhibitors in clinical testing. However, additional clinical trials will be needed to further elucidate the role of MDM2 inhibition in the treatment of cancer and the liabilities associated with MDM2 targeting in healthy tissue. 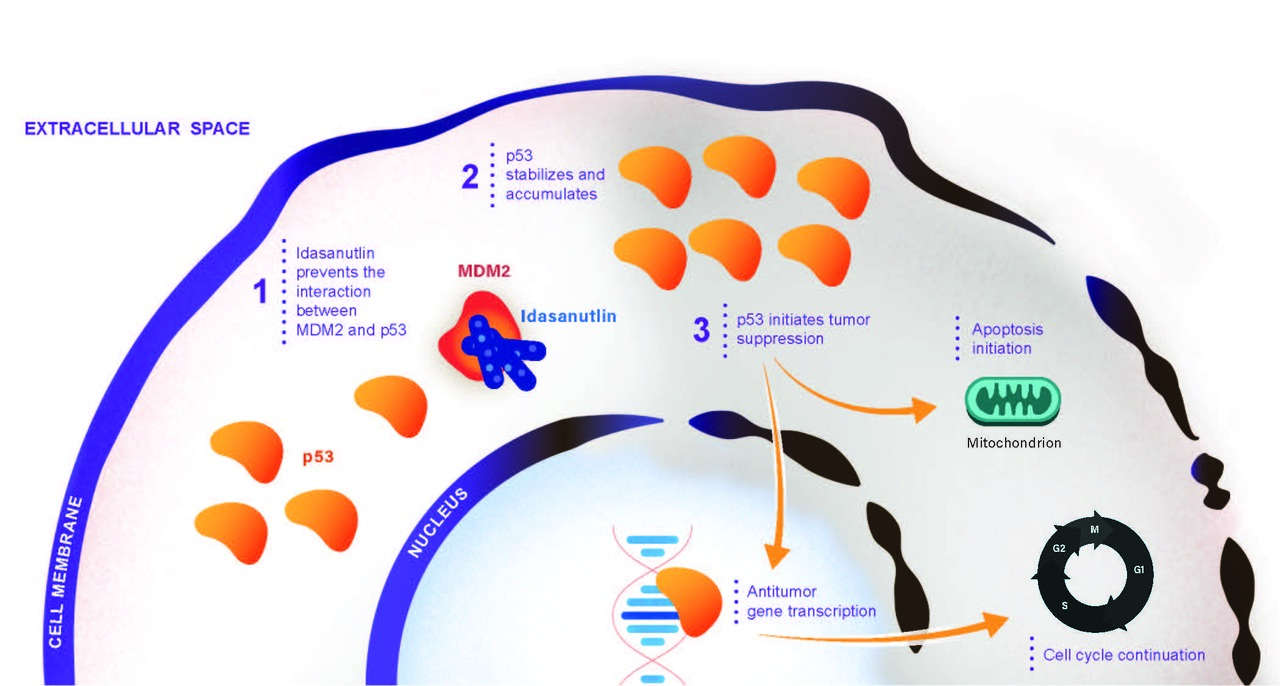