Classical BCR-ABL-negative myeloproliferative neoplasms (MPNs) are clonal disorders due to the acquisition of mutations in the hematopoietic stem cells (HSCs) that result in the cytokine-independent activation of JAK2 signaling. JAK2V617F is the most frequently found in the three MPNs, polycythemia vera, essential thrombocythemia (ET) and primary myelofibrosis (PMF). In contrast, mutations in the gene coding for the endoplasmic reticulum chaperone calreticulin (CALR) are exclusively associated to disorders of the megakaryocytic/platelet lineage (in ~30% of ET and PMF). We have previously demonstrated that the oncogenic property of CALR mutants is dependent on their ability to specifically bind and activate the thrombopoietin receptor MPL that controls megakaryopoiesis. All CALR mutations (CALRm) share a common modified C-terminal tail. The two more recurrent CALRm are CALRdel52 type 1 and CALRins5 type2. They differ in their modified C-terminus by a residual stretch of 18 amino acids in CALRins5 that is lost in CALRdel52. Both are equally found in ET patients but CALRdel52 is more prevalent in PMF. Thrombocytosis was reported to be higher in CALRins5 than in CALRdel52 patients.

We modeled these 2 mutations in knock-in (KI) mice to compare the effect of their physiological expression on hematopoiesis. At the time we generated our models, it was not known that the mouse and human mutated C-terminal tails, that have different amino acid composition, had similar oncogenic properties. Thus, we expressed a chimeric mouse CALRdel52 or ins5 with the human mutated C-terminal tail.

In aggregate, the CALRdel52 KI mice develop a more severe phenotype including thrombocytosis and progression to fibrosis than CALRins5 KI mice and in the homozygous than the heterozygous context. The amplification and competitive advantage of the HSCs were the strongest in homozygous CALRdel52 KI mice, as was the amplification of the megakaryocytic lineage. Heterozygous CALRins5 KI were almost undistinguishable from wt littermates and heterozygous CALRdel52 KI mouse phenotype was mild. Thus, heterozygous KI mice were developing a weaker disease than expected from mostly heterozygous CALRm patients. We ended up demonstrating that these differences between mouse and human were partly explained by a suboptimal activation of the murine MPL by the chimeric CALR mutants in our models. Indeed, using a luciferase assay we showed that chimeric CALR mutants like their human counterparts, are less potent to activate murine than human MPL. This also helped us understand why CALRdel52-induced fibrosis was so mild, as increasing MPL activation (using in vivo romiplostim treatment) significantly amplified the fibrosis. Another disconcerting point was the stronger thrombocytosis developed by CALRdel52 in comparison to CALRins5 KI mice, when the opposite seemed true in ET patients. One of our hypotheses was based on recent work highlighting that homozygosity is more frequent in CALRins5 than CALRdel52 in patients, suggesting the importance of a gene-dosage for CALRins5 oncogenic activity. We reasoned that although homozygous CALRins5 is frequently restricted to a small fraction of progenitors in patients, it might contribute to high level of thrombocytosis by for instance being specifically amplified in the MK/platelet lineage. Performing a competitive engraftment with limited amount of homozygous CALRins5 cells in presence of heterozygous CALRins5, we demonstrated that thrombocytosis increased above the level of mice engrafted with only heterozygous CALRdel52 cells, confirming a possible role of the homozygous clone in the disease severity.

Overall, our KI mouse models show a differential effect of the two most frequent CALRdel52 and CALRins5 mutations in mouse hematopoiesis, in both a heterozygous and a homozygous setting. These KI mice offer a powerful tool to decipher the mechanisms behind the phenotypic differences of these two CALRm and to test future therapeutic strategies. 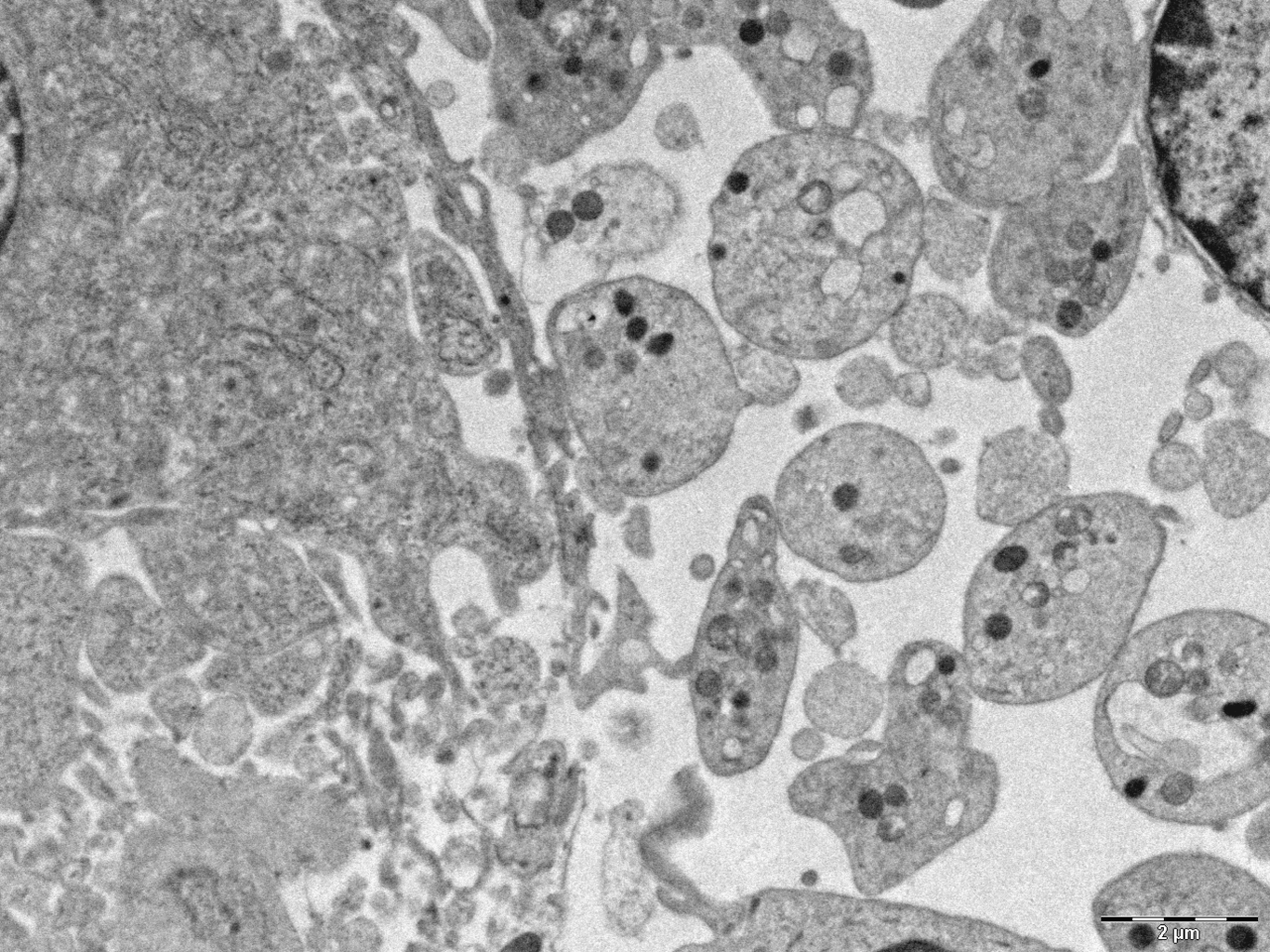