Cancer research in the age of COVID-19

I am writing this blog having spent a straight 4 weeks at home looking for new spots to somehow do my work. I have cleaned the study, but haven’t used it, instead wandering between the family room, the kitchen table, the dining room, the living room, finally drifting to the backyard with a furry blanket in tow.  The lockdown came suddenly at the end of March in California.  Within days it went from ‘let’s clean the door handles some more’ to ‘don’t leave your homes’. Scientists and academics across the state scrambled to shut down research. It was difficult to plan; this is not a job where you can work from home.  Everything researchers do needs a lab: equipment, chemicals, cells, genetically engineered models, imaging … you get the picture. In the ‘plan’ that we hammered out with no time to actually plan, the university designated ‘essential personnel’ for each lab; my group started using a google calendar to stagger their hours and work in shifts through the weekend: some come in at 5 am, and some leave at 10pm.

In the midst of all this, I got the proofs for this paper. As I read it over with the other authors, I reflected on what a strange time this was and how many firsts this represented. It’s our first paper in Nature Cancer which is in its first year, and its our first -and hopefully only- paper in a pandemic. For a change I was not traveling, so that was also new-not having to scramble to get proofs back while on a plane or at an airport, or in another country altogether.

We started the work because of an interest in identifying new elements that may be particular dependencies of leukemias in vivo. We have had a long-standing interest in the role of the microenvironment in regulation of leukemias.  The CRISPR screen was designed to be initiated in vitro, with the cells transplanted post selection such that the dropouts would reflect not only intrinsic dependencies but also those that could only be identified in vivo, in context of the microenvironment.  While these did emerge, in the usual twist of fate, the most compelling data was around the large swaths of RNA binding proteins that rose to the top as key drivers of myeloid leukemia.  Even though at the outset our goal was to focus on the microenvironment, the exciting nature of RNA binding proteins and their emerging role as powerful regulators in disease made it difficult for us to turn away.  It also aligned with our prior (and continued) love affair with the RNA binding protein Musashi. Among these, we focused on the ones that were the least understood and had the most left to discover.  Staufen, with its history in the nervous system, was relatively understudied, and had no known links to cancer.

After the key pieces showing its importance in both mouse models and patient samples of cancer were in place, much of the rest of the time was actually spent making and analyzing the Staufen mutant.  But challenging as it was,  it was important in providing definitive genetic evidence for Staufen’s role in cancer and we hope will help the community going forward in other areas of discovery. One of the most exciting and unexpected findings was the identification of Staufen as an upstream regulator of oncogenes including Ras, as well as a host of epigenetic regulators including the KDM family, which are targets of drugs currently being tested against leukemia and other cancers. Placing Staufen upstream of these profoundly important oncogenic molecules also made us more confident that this was a critical player in cancer and Staufen itself, or other elements of the pathway, could serve as effective targets against this disease. Finally, many other dependencies the screen has identified remain ready to be mined: as fundamental underpinnings of aggressive leukemias, and some as effective targets.  We also hope to return to this dataset to better define how leukemias interact with, and depend on, the micro-environment around them.

At our zoom research meeting soon after the paper was published, we talked about how the university is planning on getting us back to work, deciding how to ramp up research, while still keeping everyone safe.  California has flattened its curve, and the challenge is to regain functionality without losing everything so many people have had to sacrifice so much for. For now, we continue with the ‘essential’ designation: arguably our work is considered essential because it involves large scale projects using genetically engineered models of cancer that took years to create - walking away from these would cause irreparable harm and waste years of effort.  But we are also essential because in the midst of this crisis accompanied by unimaginable loss, cancer continues to take its toll. Cancers still occur, they still recur, and people still run out of options: we remain acutely aware that those facing this disease still need all of us to continue to find new avenues of research that in turn can offer new avenues of hope, and often a lifeline. 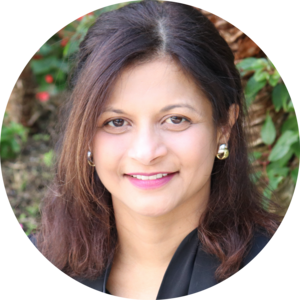